Chhapaak is so worryingly true and organically empathetic that it leaves you wholly, deeply agitated, when you're good to go. 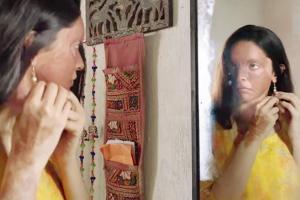 A still from Chhapaak

From a self-care point of view, one of the things the surgeon in this film advises the parents of young Malti — the lead character based on real-life acid attack survivor Lakshmi Agarwal — is to keep her away from pictures of her former self.

You know the year of the tragedy, as mentioned in the movie, is most definitely 2005. Even a year later, it'd be impossible for her to escape past pictures, given social media (Facebook, etc) had taken flight by then, to remind us of every waking hour through uploaded images.

Malti is still in for a shock as she inadvertently gawks at herself in the mirror. As is the audience. For the person on screen is Deepika Padukone. What do we know model-turned-Bollywood star Padukone best for? Her smile. Especially as an acting tool she applies to near perfection in roles where she'd rather be quiet, and let her eyes do most of the talking (Piku, Tamasha, Yeh Jawaani Hai Deewani).

How's Chhapaak wholly different from what any Bollywood female lead has ever done on screen? It starts with totally stripping oneself of all vanity — way beyond what used to be hailed once as a no-makeup look. Down to not even looking like oneself.

She then surrenders herself entirely to the part of a lower middle-class girl — in equal parts brave and vulnerable — fighting a battle against an attacker, who threw acid on her in broad daylight; a law that can't tell between acid, and hot tea; and a system that can't sense why sale of acid itself should be banned, given the havoc it wreaks, every other day, upon helpless women, who have no way to shield against, and clearly nowhere to go.

If you ever needed a filmmaker to attempt a sensational subject like this, and treat it maturely with care and equanimity, you needn't look further than director Meghna Gulzar. In my opinion, with Talvar (2015; on the Aarushi murder case), and Raazi (2018; thriller set sensitively among the Pakistani Army), Meghna was the revelation of the decade that just went by. And look at how she's begun the new one.

I'm presuming Meghna gets a lot of this measured writing from her lyricist father whose pseudonym is her last name. Given Gulzar's own love for sonorous words — Chappa Chappa, Chhaiya Chhaiya — this film's title Chhapaak itself may have emerged from his pen.

That said, Padukone's under-stated presence more than matches this picture's intention, as the film flits between a court-room drama, and anecdotal storytelling. And yet, Chhapaak is so worryingly true and organically empathetic that it leaves you wholly, deeply agitated, when you're good to go. I'm already in a shit mood. And how can you not be?

How do you not stop to stare and think for a second the sort of generation we're raising? The level of male entitlement, coupled with sexual frustration, that engulfs us. The kind of poison that mixes into a potent potion in some heads, before they hold acid in their hands, to be thrown at a person — because that's an object/property that can't be theirs, and so must belong to no one else.

We hear of acid attacks all the time, mostly reported from deep corners of this country. And I don't know if this is entirely an Indian phenomenon. If it is, then I don't know what's worse. The film, having opened our eyes through an engaging narrative, spells out the figures for acid attacks each year.

The last time I read a report suggesting young folk carrying acid, was into the campus of Jawaharlal Nehru University (JNU), planning attacks against students inside, in the same week that I've watched this film. Who cares which group or political party these supposed youth belonged to? Screw Indian citizens, they need to prove they're humans first. Chhapaak subtly puts a lot of such debates into perspective. We should be proud of it. As we are, of Padukone fronting and backing it, of course.

Next Story : Amyra Dastur is a busy bee!