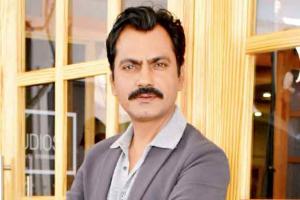 
Nawazuddin Siddiqui says he is a director's actor and keeps his slate "clean" when he is prepping for a role. The actor, 46, known for films such as Gangs of Wasseypur, Badlapur, Bajrangi Bhaijaan, and Netflix's Sacred Games, said he doesn't create a character in his head beforehand as he fears he may "get on the wrong track".

"My acting process depends on directors. I trust them completely. I keep my slate clean. I consider myself foolish [about the role] till we start working on the film. When we begin, I try to [latch] onto what the director says. Also, when you work with great actors, your game is automatically elevated," he said.

The National School of Drama graduate will next be seen in the crime thriller Raat Akeli Hai, which marks the directorial debut of casting director Honey Trehan. In the film, the actor plays Inspector Jatil Yadav, who is summoned to investigate the death of a politician. "The character also comes into his own as he investigates the case. He transforms into a more evolved person at the end."

Next Story : 'Was in live-in relationship with Sushant, being falsely implicated'