Early on in Dobaara: See Your Evil, Saqib Saleem [Kabir Merchant] asks his sister Huma Qureshi [Natasha Merchant] 'Why are we here?' That's a question you will ask yourself often while watching this film 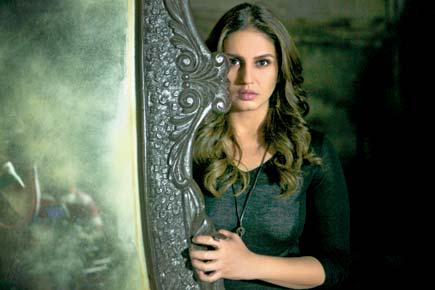 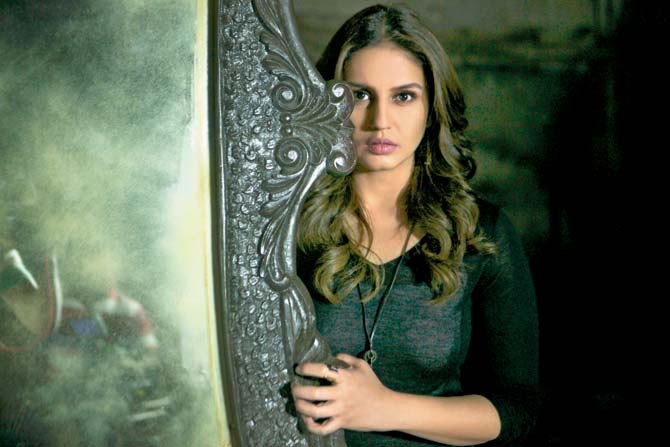 Early on in Dobaara: See Your Evil, Saqib Saleem [Kabir Merchant] asks his sister Huma Qureshi [Natasha Merchant] 'Why are we here?' That's a question you will ask yourself often while watching this horror, which is an official remake of writer-director Mike Flanagan's 2013 Hollywood flick, Oculus. Filmmaker Prawaal Raman's adaptation is not a full-fledged horror though. It attempts to play with your mind, and even partially succeeds. However, Raman renders a potentially good film, with an interesting plot, stilted and predictable.

Eleven-year-old Kabir is convicted on suspicion of shooting his abusive father Alex Merchant [Adil Hussain], who is his mother Lisa Merchant's [Lisa Ray] killer. He is counselled for 10 years at a mental facility. A decade later, Natasha, who is convinced that an antique mirror at her residence housed an evil force, which compelled her brother and father to commit unspeakable acts of violence, is now resolute to prove Kabir's innocence.

Natasha sets up laughably inept plans, even trying to convince her brother to come to her aid, as she attempts to bring the evil mirror to book.

Dobaara has certain promising moments, but they are far and few, making the viewer impatient, and eventually uninterested. As the scares improve in the second half, with ghost-induced hallucinations dominating the action, the past and present start to overlap. These sequences are executed well but aren't backed by good direction or acting.

Qureshi tries hard to deliver a restrained performance, but doesn't succeed. Saleem is likeable and shines in a few scenes, but his earnest performance doesn't salvage the film, which is riddled with loopholes. Adil is fairly good. Lisa is a complete waste.
If the lack of logic still manages to scare you, this film, an apparent 'tribute' to its Hollywood counterparts, is surely worth your time. For the rest, watching the English version for a second time will be a wiser option.

Next Story : Neetu Chandra considers herself a fitness freak