What is it about Gurgaon that lends itself so seamlessly into films that explore the heart of urban India's darkness, or its inherent contradictions? 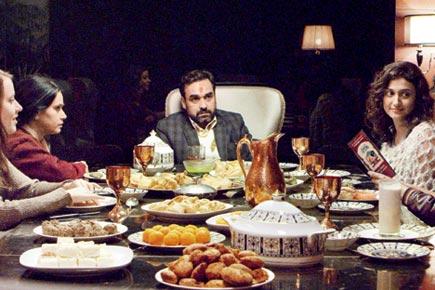 What is it about Gurgaon that lends itself so seamlessly into films that explore the heart of urban India's darkness, or its inherent contradictions? Whether through a robust film like this, or Navdeep Singh's NH10 (2015) that a lot of you have seen already?

Gurgaon, now in the National Capital Region (NCR), is arguably both India's youngest city and its most inorganic one that came up, almost overnight, at the turn of the century, over agrarian soil, and a harsh, hardened society, making way for vast landfills and scavengers hovering in the sky, awaiting easy post-liberalisation windfall (there is a shot in this film that literally depicts this rather stunningly).

So, while fancy malls, fast cars, loud discotheques and tall apartment blocks tower over this New India, this is also a metropolis that simultaneously exists in the 19th Century. As does the Singh family in this film—once the rural landowners of Gurgaon (now Gurugram), who benefitted unimaginably from a sensational real-estate boom.

As goes the cliché from Mario Puzo's The Godfather, "Behind every great fortune lies a great crime." But crime in itself, as you can tell here, forms a vicious circle. It inevitably comes to haunt the s*** out of you in the process, especially when there's blood on every hand.

The second generation of the Singh family clearly hasn't gentrified itself to wash away its sins yet. And this can happen fairly naturally in a dystopian-cosmopolitan, village-city like Gurgaon. Could this film also have been set elsewhere? Of course, it could have. Wherever you go, it's impossible to escape that human greed to grab land. The world is 'flat', you see.

The son of the soil (Akshay Oberoi) in this movie wears a badge of entitlement on his Armani sleeve. The daughter (Ragini Khanna), educated abroad, appears more qualified to head the empire. The Godfather analogy makes sense as you watch the father of the family channel his inner Don Corleone so effortlessly. Pankaj Tripathi plays this patriarch Kehri Singh, revealing yet again (after Gangs Of Wasseypur, Masaan, and most notably, Nil Batte Sanatta) that he's probably in his finest form as an actor at this point.

This film is what you could call the 'Versova noir' thriller—dark, atmospheric, moody, inevitably set in North India, where violence is the key instrument, whether you're negotiating love or hate. The relatability and realism of it all, despite the hasty simplicities in the plot, add much to the character.

Next Story : 'Phurrr', from Shah Rukh Khan and Anushka Sharma's 'Jab Harry Met Sejal' is out