'Haraamkhor' is about the relationship between an oldish, married teacher and his teenaged pupil. How far will this film travel? Mayank Shekhar's not sure. But he feels it is, however, a very interesting take worth the big screen 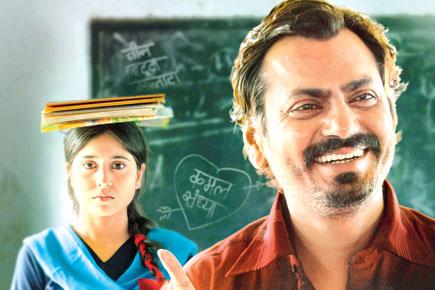 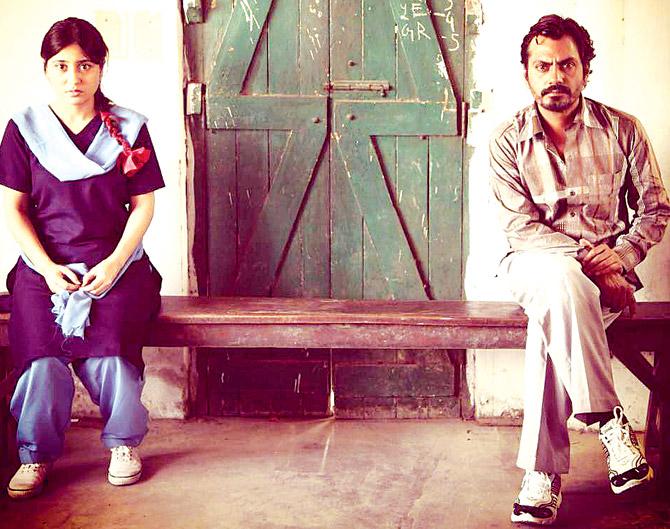 Now this is the sort of movie that takes some getting used to, before you can fully dive into the experience. And I say this not merely because there isn't much clarity in terms of the film's setting — we're supposed to be in a village alright (what kind, and where exactly, remains sort of unknown). The timeline roughly relates to the '90s. When else would a kid be playing, what looks like the video game, Tetris, in a hand-held plastic device?

But much more than that — shot with a shaky camera in portions, holding long moments of silence and nothingness, the beats of this film resemble the casual beats of a mundane life itself, with the little kids in the film, the boys in particular, going in and out of a home-tuition class, doing sweet screw-all, hanging around in their school uniforms after class, observing the movements of a pretty girl they fancy.

These boys are just like the typical, time-pass teenage boys you may have seen in your mohalla at some point — if you've not been one yourself. The girl (Shweta Tripathi; same one from 'Masaan', and what an effortless-looking actor), hardly gives 'ghaas', or even a cursory glance, to the boys, who are, in fact, classmates her own age. Just look at them. While they're all apparently 15, she looks so much older, and smarter, and sorted, in comparison.

Girls do generally mature so much faster than boys in their teens. If you're a guy, you will recall getting hardly any attention at all, from the girl in class 9, for sure. She was too busy admiring older boys, or sometimes even men, while you were probably, by then, done fantasising over your English or comp. science teacher.

'Haraamkhor', at its core, really looks at this strange but very common mismatch. It is about the relationship between an oldish, married teacher (Nawzuddin Siddiqui), and his teenaged pupil. The pupils of your eye will possibly dilate at seeing anything normal in such a relationship. The filmmakers aren't suggesting otherwise either. Look at the title. It's Haraamkhor. It refers to the teacher Shyam in the film, of course. I know a lot of people who had issues with the name. But what does haraamkhor really mean, besides that it sounds similar to an illegitimate child in Hindi/Urdu?

As per Urban Dictionary, HK, or 'haramkhor', is some someone who gets kicks out of doing something he's not supposed to. In that sense, this film isn't an incessantly dark one on exploitation, and a minor's sex abuse, as it were. Or even something salacious, or simplistic enough to look at how this odd sort of bond, which is essentially a taboo, pans out, at home, in class, or elsewhere.

I think it goes a little deeper to examine what it takes for a girl to consensually give in to such a relationship. She is clearly a 'love addict'. According to psychology, that's a direct consequence of a neglected childhood. You know her relationship with the teacher isn't going to go too far. How far will this film travel? Not sure. No one ever is. It is, however, a very interesting take worth the big screen, if not in the theatre, then ideally in the comfort of home since Netflix or Amazon very much allow such options.

Next Story : Vin Diesel on Deepika Padukone: Working together was in our destiny