Have you heard? New reel brothers enter after brother-in-law exits

Raghav Juyal is already on board to essay the third sibling, while Pooja Hegde and Shehnaaz Gill will play the leading ladies in the family entertainer 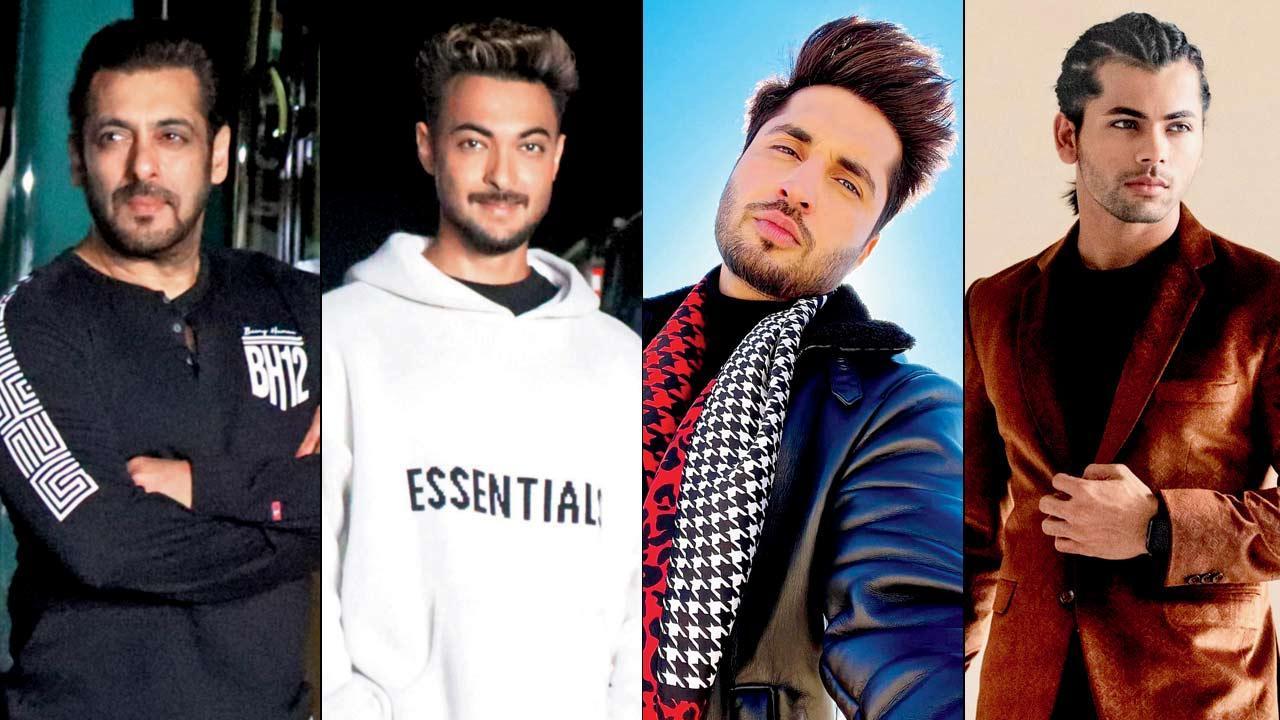 
Salman Khan’s Kabhi Eid Kabhi Diwali continues to be in the news. The latest buzz in town is that Jassie Gill and Siddharth Nigam have been roped in to portray the actor’s reel brothers. Raghav Juyal is already on board to essay the third sibling, while Pooja Hegde and Shehnaaz Gill will play the leading ladies in the family entertainer. Interestingly, Jassie and Siddharth did their look tests last week, after being signed on for Farhad Samji’s directororial venture. Slated to release December 30 this year, the film, also featuring south actor Venkatesh, has V Manikandan serving as the cinematographer. Devi Sri Prasad, who created the Seeti Maar number for Radhe (2021), has been signed on to compose the complete soundtrack.

Meanwhile, reports are rife that Aayush Sharma has opted out of Kabhi Eid Kabhi Diwali. Over the past few days, there has been much speculation about his involvement in the film. Sources claim that Aayush had even shot for a day, but eventually staged a walkout, owing to creative differences with Farhad Samji. Insiders also maintain that this episode saw Salman’s other protege Zaheer Iqbal politely bow out of the film. 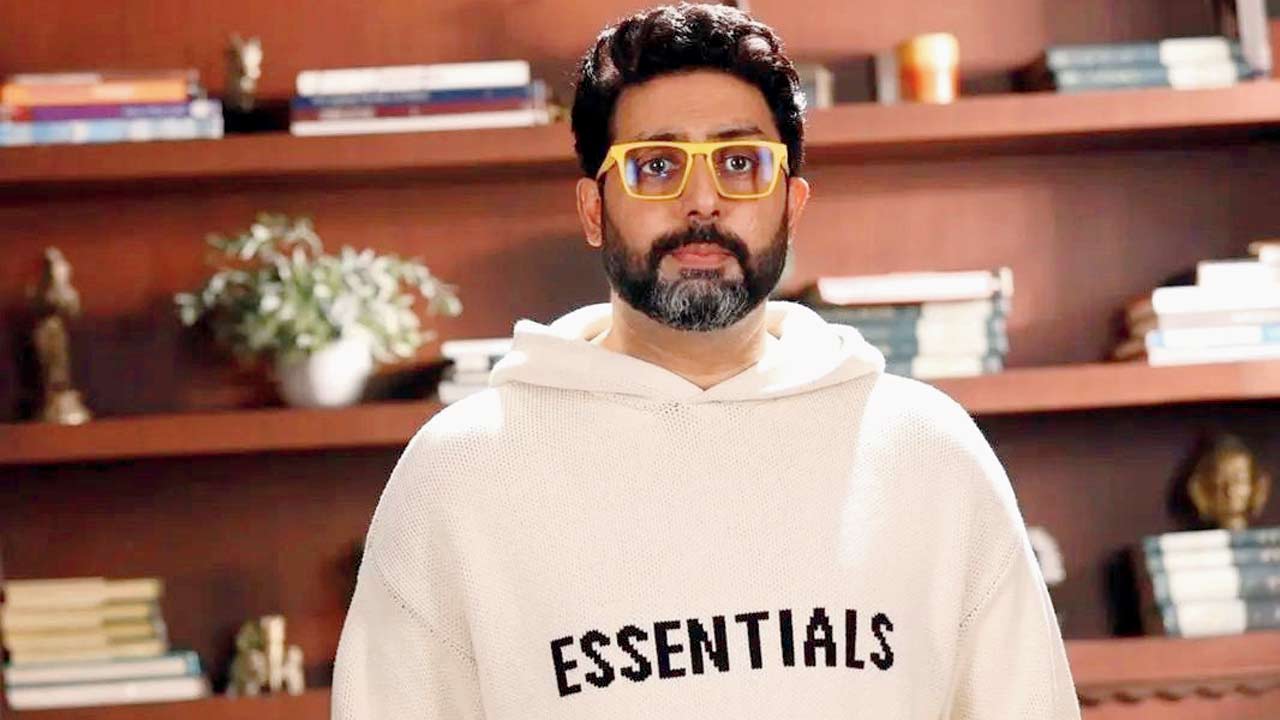 Yesterday, Abhishek Bachchan shared an emotional note online after the demise of veteran stylist Akbar Shahpurwala.  Recalling that the ‘bonafide legend’ made his first suit, and also created actor-father Amitabh Bachchan’s costumes and suits over the years, he wrote, “If your costumes and suits were made by Kachins and then Gabbana, then you had arrived as a star. That was his influence and standing.” Abhishek signed off saying he would wear one of the innumerable suits that ‘Akki uncle’ made for him and feel blessed.

On the right track 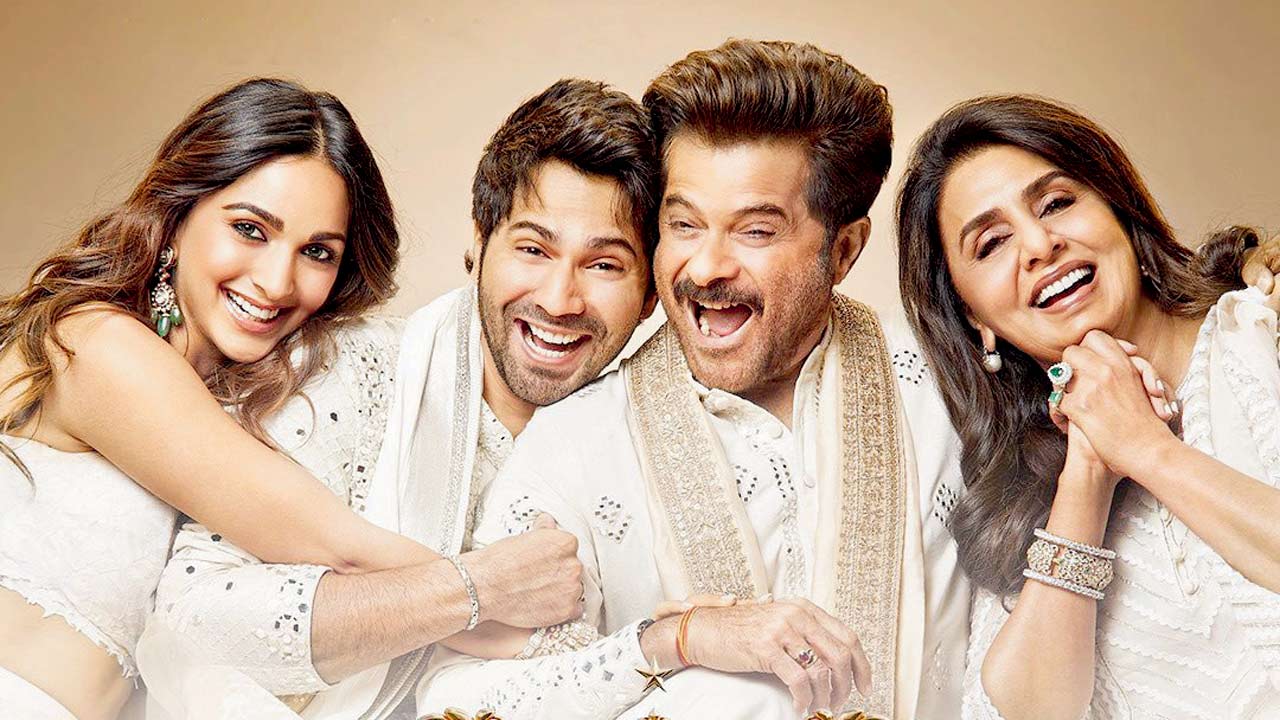 Karan Johar’s upcoming release, JugJugg Jeeyo is in the news again. This time around, Pakistani singer Abrar-ul-Haq alleged that the film’s makers have used his song, Nach Punjaban. Soon, T-Series, which has the movie’s music rights, refuted the claim with a statement, saying, “We have legally acquired the rights to adapt the song, Nach Punjaban from the album, Nach Punjaban. All due credits shall be included across all platforms when the song releases. As represented by Moviebox Records Label, the said song copyrights exclusively vest with Moviebox with all the valid documents.” Looks like the copyright controversy ends for now. 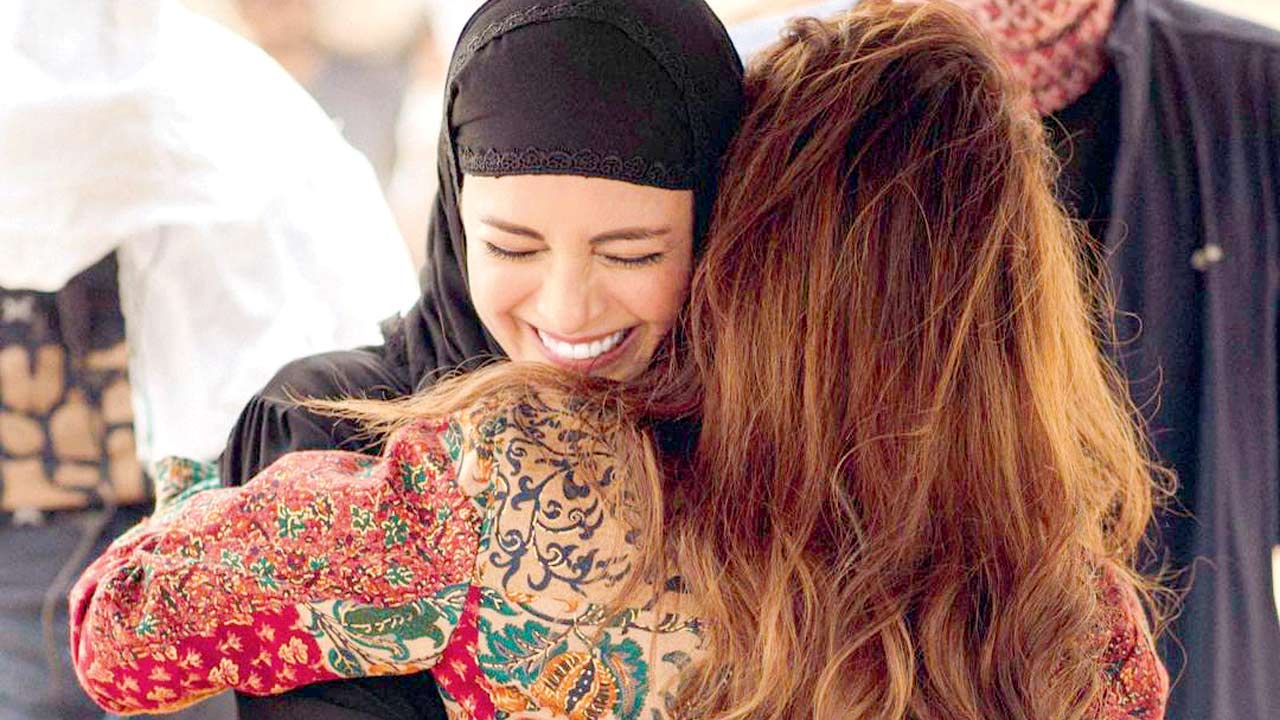 It seems Dia Mirza Rekhi has found a new way to beat the heat — with love and hugs. The actor is currently filming Dhak Dhak with Fatima Sana Shaikh, Sanjana Sanghi and Ratna Pathak Shah in Greater Noida. 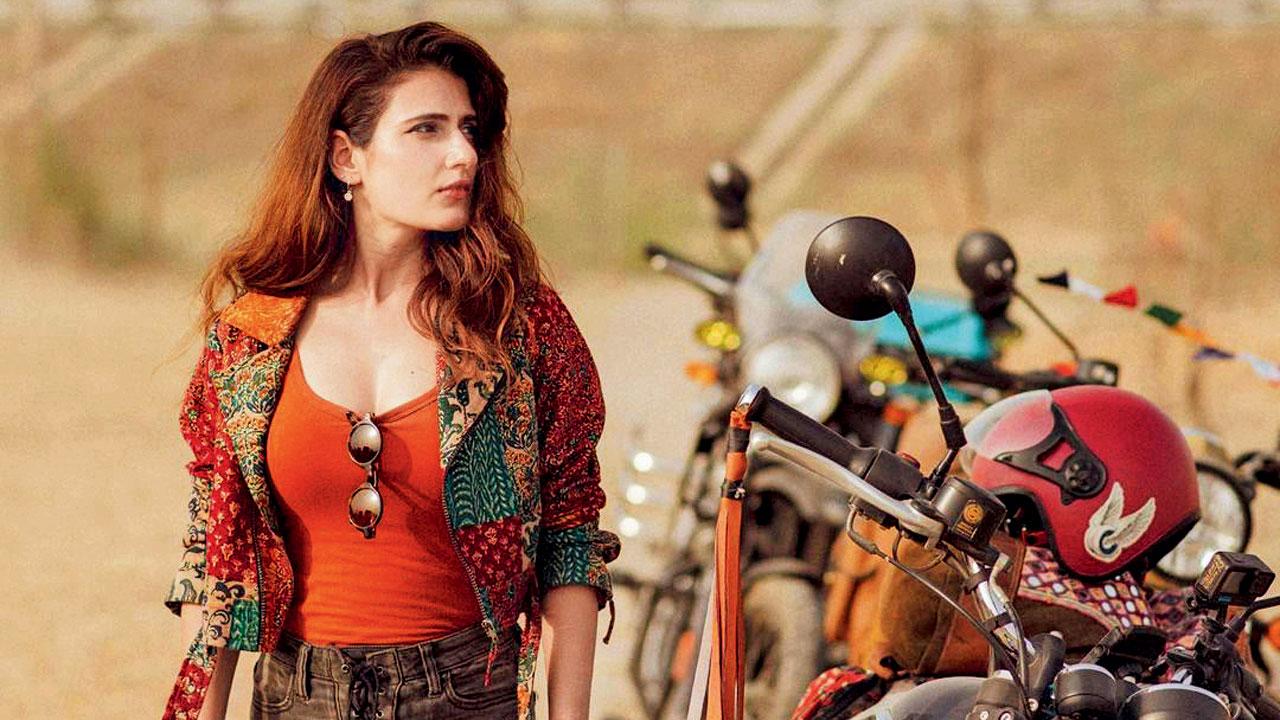 Sharing a picture with the Dangal girl, Dia wrote, “Safar mein na suffer karne ka ek hee ilaaj hain. Pyaar. Temperature on that day was only 47degrees!!!” Taapsee Pannu, who is a producer on the film, showed her love with a heart emoji. Their co-actor Sanjana reacted to the post commenting, “My bestests (sic).”

An homage to the legend 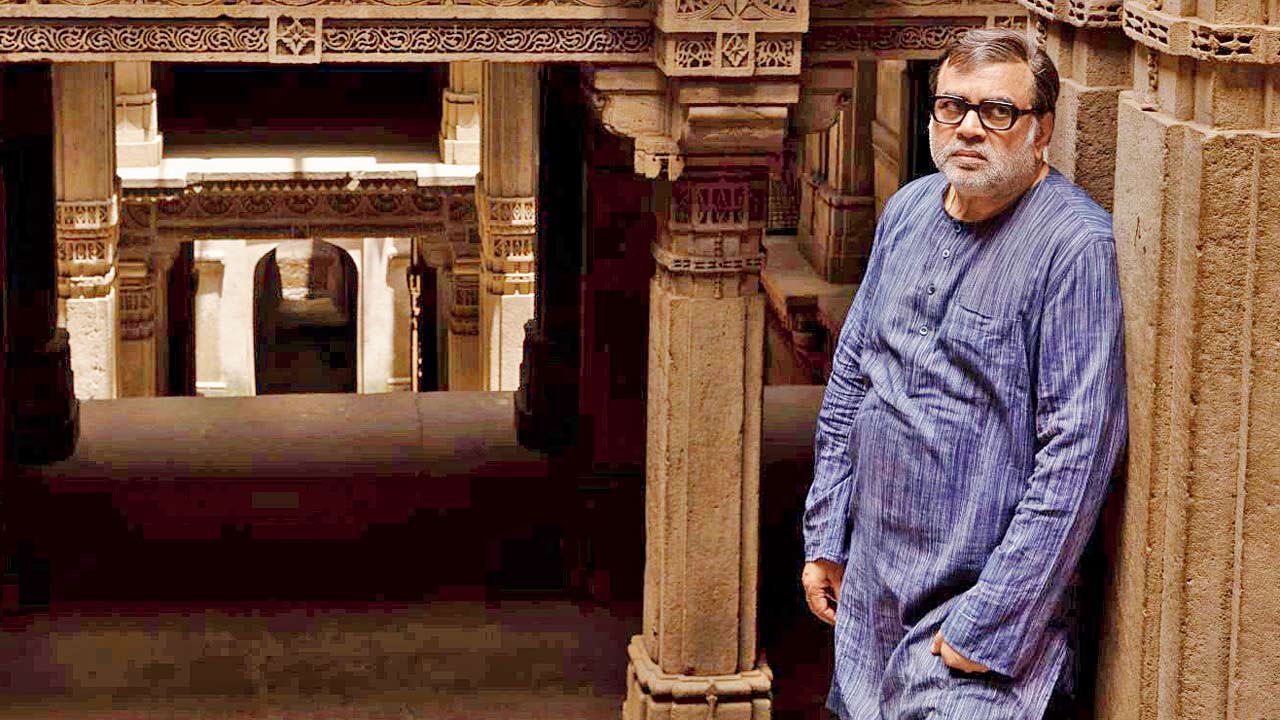 As a tribute to legendary filmmaker Satyajit Ray on his 101st birth anniversary, The Storyteller, based on his original short story, was announced yesterday. The film stars Paresh Rawal, Adil Hussain, Revathi and Tannishtha Chatterjee in lead roles. 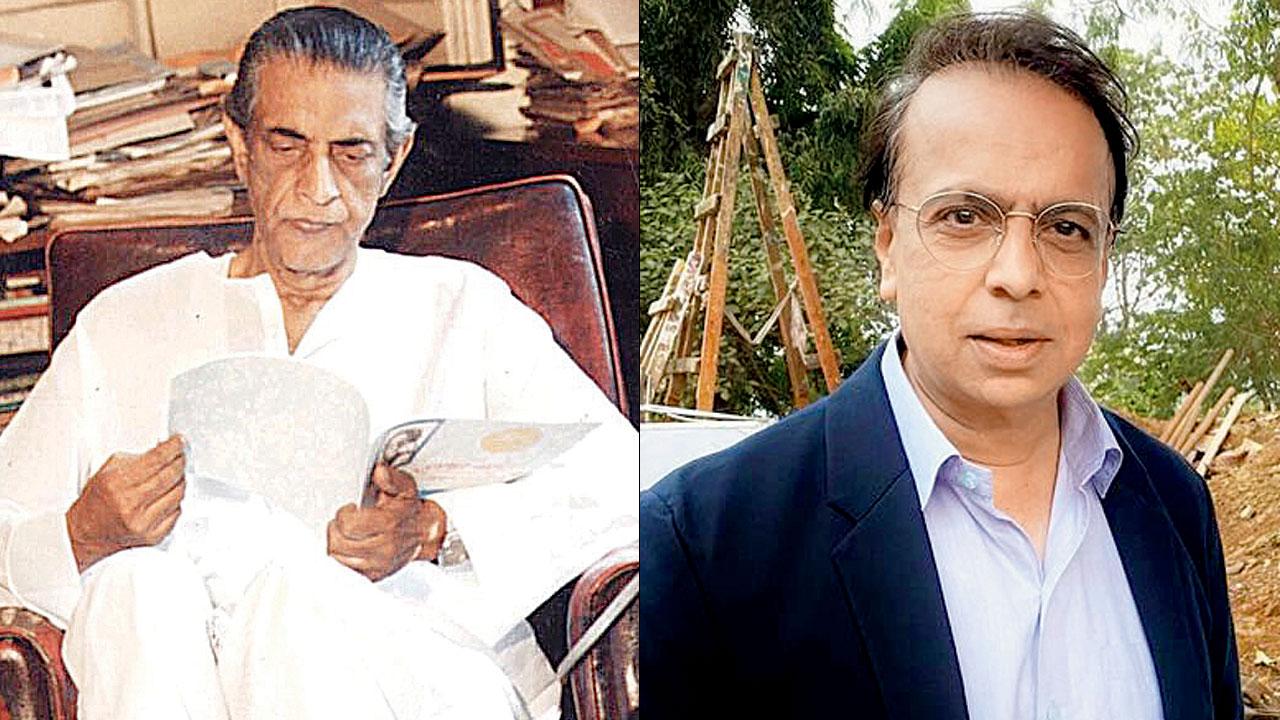 Director Ananth Narayan Mahadevan says, “We are happy and honoured to share our humble homage to the master storyteller. An amalgamation of wit, drama, and even suspense, the film is an attempt to bring Ray to a generation that has only heard about him or been occasionally exposed to his collection.” 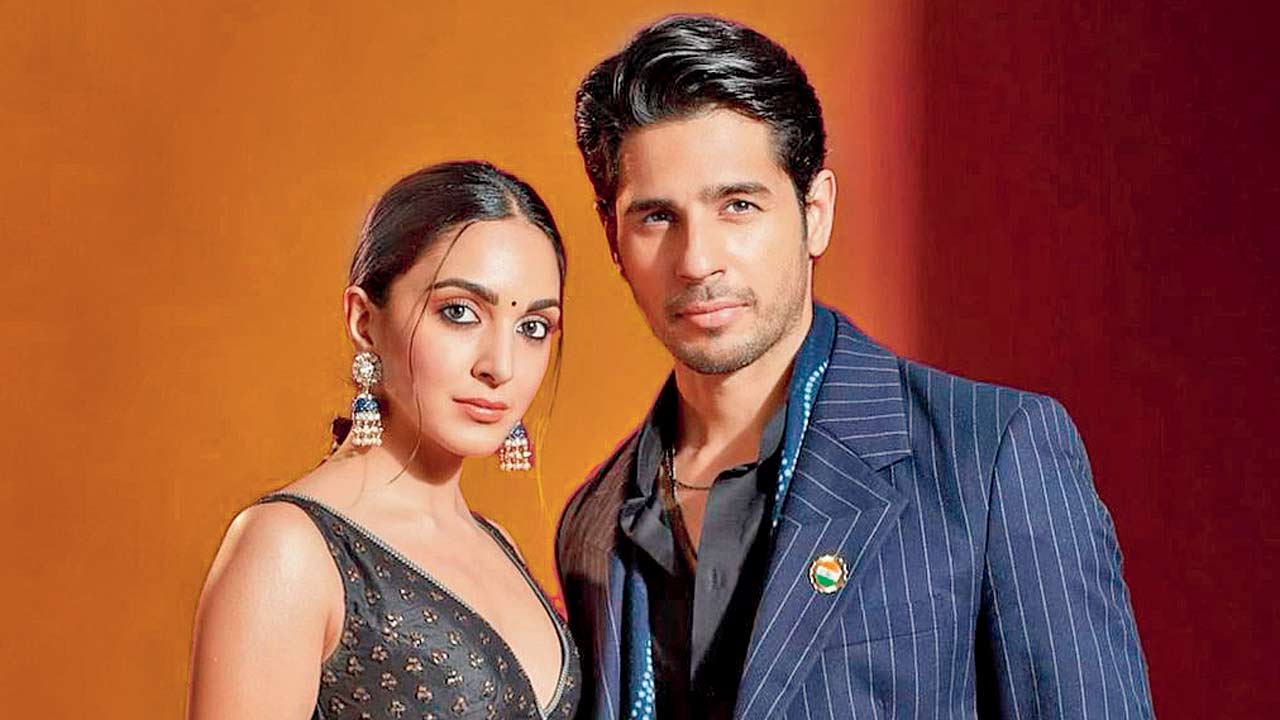 Going by the number of times Sidharth Malhotra and Kiara Advani have been spotted together, it seems all is well in their love story. Following reports of their split a few weeks ago, Sid rooted for Kiara as he attended the premiere of Bhool Bhulaiyaa 2 last week. Yesterday, he visited Kiara’s set and was photographed getting into her vanity van during the break.

Never too late to celebrate 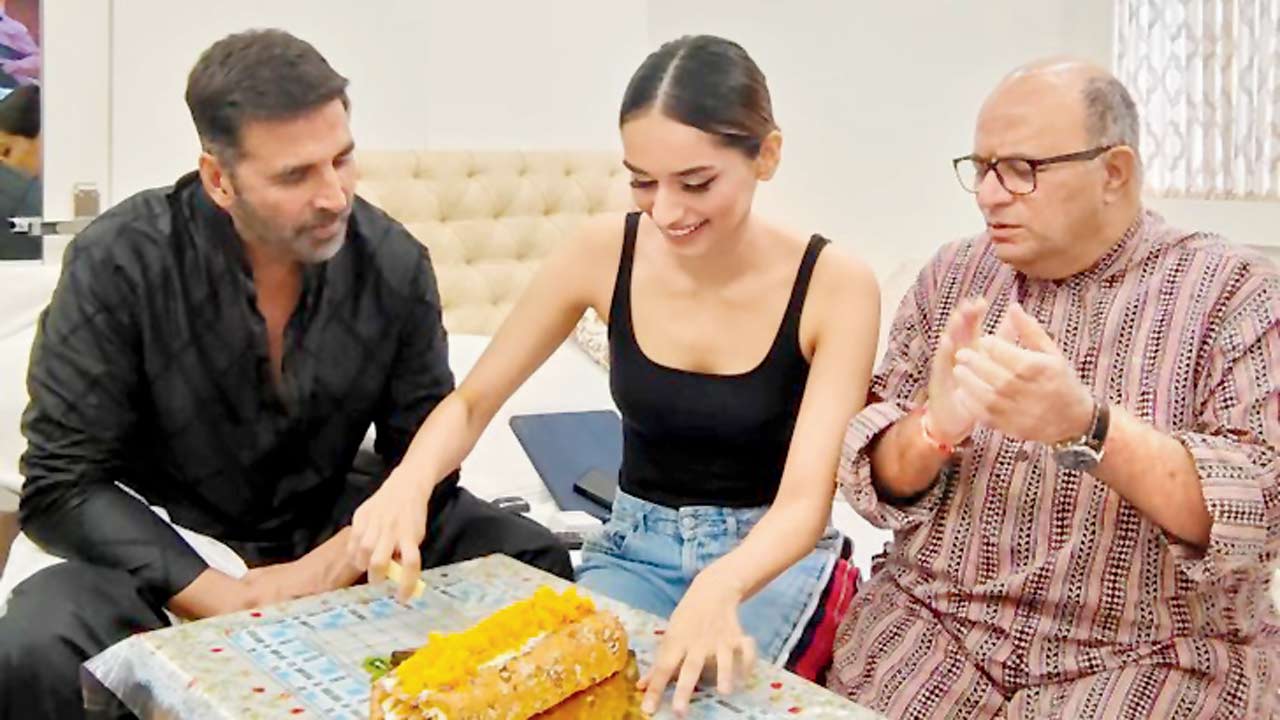 Akshay Kumar couldn’t personally wish Manushi Chhillar on her 25th birthday (May 14) as he tested COVID-19 positive on the same day. Having recovered and resumed work, he decided to surprise his Prithviraj heroine with a special mango cake yesterday. Since they were shooting for their film’s promotions on DID L’il Masters with director Dr Chandraprakash Dwivedi, Akki got Manushi to celebrate her special day again.