Hrithik Roshan is in talks to play a spy in a Hollywood action film? 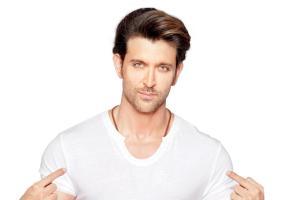 
Almost eight months after he signed on American talent management company Gersh Agency to represent him internationally, Hrithik Roshan is working towards making Hollywood his next stop. It is heard that the actor, who is in talks to play the parallel lead of a spy in a Hollywood action thriller, recently recorded his audition. The multi-million dollar film is backed by a reputed production house, but details regarding the director and the story are being kept under wraps.

Though auditions usually take place at the studios in the US, Roshan taped his scene at his Juhu home, given the pandemic. "As is customary in Los Angeles, Hrithik's team was given details of his role in the movie and the scenes that he had to tape. He sent his audition to the studio two weeks ago. The discussion is at a nascent stage. If all goes well, the actor will kick off the project after completing the shoot of Krrish 4," reveals a source.

When mid-day reached out to Roshan's team, his spokesperson said, "We have no information about this."

Next Story : Harman Baweja-Genelia Deshmukh's It's My Life to release after a decade