Popular Bollywood actor Imtiaz Khan, who was married to television actress Kruttika Desai passed away. The reason is yet to be known. 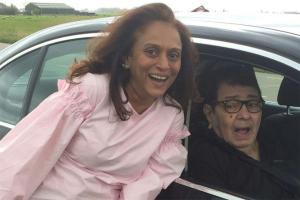 
Imtiaz Khan, who was in the popular musical drama, Yaadon Ki Baaraat, passed away at the age of 78. The actor was married to a well-known television actress Krutika Desai Khan and the duo has an adopted daughter named Ayesha Khan.

The actor has shot several memorable films including Yaadon Ki Baaraat, Noor Jahan, Dharmatma and Dayavan among others. The actor was a celebrated talent for cinephiles. He was a brother of the late actor Amjad Khan, son of late actor Jayant, and uncle of actor Shadaab Khan, and brother of Inayat Khan.

Born as Zecharian Khan, the actor changed his name to Imtiaz Khan before entering Bollywood and making it as a star. For the uninitiated, Imtiaz Khan has also worked as a director in theatre, but later, he joined films as an actor. Although he always wanted to direct films. Imtiaz was born on October 15, 1942.

Noted actress Anju Mahendroo took to her Instagram account to offer condolences on Imtiaz Khan's passing and wrote, "Once upon a time!!! Rest in eternal peace my friend@Imtiaz Khan [sic]"

Next Story : Sunny Leone on COVID-19 outbreak: Sad my kids have to live like this