Sanjay Mishra plays this part. Is NSD alumnus Mishra, 54, a serious contender for the top two or three finest contemporary Indian actors around? 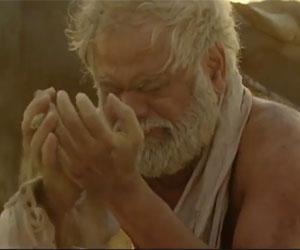 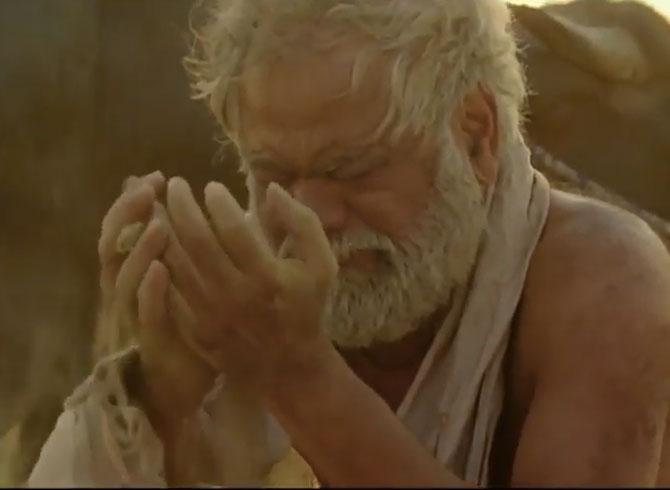 A still from the movie 'Kadvi Hawa'

This is the sort of movie that most regular viewers, perhaps rightly so, would call a slow, art-house/festival film. And this common perception is usually derived from the fact (which, I guess, is true as well) that film fests normally attract patient audiences, who can view movies as information, and empathy generating machines, rather than entertainment carnivals, driven by plot, sub-plots, music, and dialogue alone. Not that the two are mutually exclusive; increasingly not.

The filmmakers do well to honestly advertise this as a film wholly centred on climate change, which of course affects us on a daily basis--just look at Mumbai, for nature's sake (or whatever it is you believe in); it's hard to tell even peak summer from winters anymore. The rural school kid in this picture is equally baffled, when told by his school teacher that there are actually four seasons in a year--he only knows extreme heat, and cold!

But beyond the obvious sell that combines well with original intent, this is, on the face of it, a uniformly dark, grim, thoroughly meditative film on farmers' suicides--effectively arguing that rural debt is as much an economic problem, as an environmental one. You can't attempt to solve one without the other.

How urgent is this issue? Let's just look at news this week. While Indian television channels have been hyperventilating over every crack-pot's threats and opinions on an unreleased picture (Padmavati), over 3 lakh farmers stormed into the capital, hit Parliament Street, only this Wednesday, because they're pretty much dying.

As is one such family, of the many in a central Indian village, in this film. If anything, virtually Yamraj himself, or the God of Death, snoops around in this village, looking for impoverished out-of-work farmers on a barren soil, just so they don't tie the noose around their necks, before paying off their debts.

This Yamraj (Ranvir Shorey, absolutely first-rate)--or that's what the villagers call him--is a loan shark. Have we seen such characters before? Hell, most of '50s Hindi cinema was about the wily zamindar-moneylender being the universal villain anyway! This Yamraj fellow is merely its modern version--a loan recovery agent for what seems like the local cooperative/state-owned bank.

Have we seen fictional features on desi farmers' plight? Well, there was Anusha Rizvi's Peepli Live (2010) that used humour and satire on the media, and bureaucracy, to highlight the issue. Here, director Nila Madhab Panda--unlike sin ome of his slightly sugar-coated, yet fine works in the past (I Am Kalam, Jalpari)--essentially relies on unfettered starkness of the situation alone to draw you in.

At the centre of this tragic realism is a hobbling, blind man, stunted and trembling under the weight of both old age, and generational debt. While he's helpless before his circumstances--he has an unemployed son, with a family of four to feed--there's something to be said about a patriarch well past his prime, who still retains his precious self-esteem. He's poor, but a proud man. You instantly fall for him, even as you hope he doesn't fall over.

Sanjay Mishra plays this part. Is NSD alumnus Mishra, 54, a serious contender for the top two or three finest contemporary Indian actors around? His turn in Rajat Kapoor's Aankhon Dekhi (2014) certainly made me believe me so. This one totally seals the deal.

I must also make a quick confession here. Due to unavoidable time constraints, I had to watch the screener of this film, rather than catch it in a theatre. I don't know whether that puts me at an advantage/disadvantage as a viewer. There's definitely the vastness of the ravines that should lend itself better to the full canvas. But then, hey, with such performances before you on the screen--whether laptop, TV, cell-phone--does size really matter? I don't think so.