Kirron Kher said, "There is a law called Vishakha Guidelines. It is supposed to be implemented in every institution whether it's a corporate office or the film industry. In every production house, it should be followed." 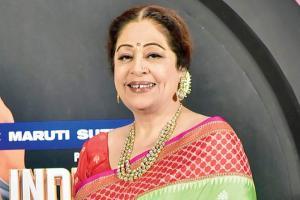 
Actor Kirron Kher said that every organisation should follow the Vishakha Guidelines to curb sexual harassment at workplaces. Reacting to the #MeToo campaign, which has gained momentum in India, Kher said: "It's not just about the film industry, it's about the world. This is happening all over the world. Things like these happen in media houses, corporate offices, schools, colleges, villages and cities."

She added, "There is a law called Vishakha Guidelines. It is supposed to be implemented in every institution whether it's a corporate office or the film industry. In every production house, it should be followed."

The Vishakha Guidelines are a set of procedural guidelines for use in India in cases of sexual harassment. They were promulgated by the Supreme Court in 1997 and were superseded in 2013 by the Sexual Harassment of Women at Workplace (Prevention, Prohibition and Redressal) Act, 2013.

The actor also said that one should immediately bring such matter in knowledge of the concerned authorities. "If anyone faces such kind of things then, they should complain immediately and the institution concerned is supposed to investigate the matter. If you are not following the Vishakha Guidleines, then you are making a mistake."