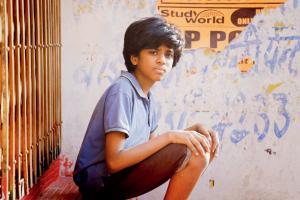 
A year after AR Rahman took it upon himself to bring Lydian Nadhaswaram, 13, into the spotlight following his win at the CBS talent show, The World's Best, the maestro is now backing the pianist's acting debut Atkan Chatkan. Nadhaswaram, who would frequently play at percussionist Sivamani's concerts, was spotted by the director Shiv Hare at the latter's home.

"He felt I would be the right fit for the part of Guddu, the [protagonist] who enjoys percussion. Since this is a musical, my father [Tamil music director, Varshan Sathish] agreed to let me be part of it," says Nadhaswaram, who subsequently went through a 10-day acting workshop. Learning to speak Hindi as fluently as demanded by the character was a "challenge" for the musician, who says he became increasingly comfortable with the language after three days of training. "As an actor, I felt responsible. Since I play the lead role, and would be in many scenes, I did not want to waste time by taking multiple retakes."

A student of Rahman's KM Music Conservatory, Nadhaswaram was spotted by the maestro and subsequently encouraged and appreciated for his skills. It was in his school that the youngster learnt the tabla, and the Russian style of piano-playing. "I made many friends who are also musicians."

Next Story : Abhishek Bachchan steps out for Nidhi Dutta's engagement