A rare film that treats its audience as intelligent enough to understand the nuances of the subject that it deals with. You may squirm in your seats as the harsh truth is served in a cold plate 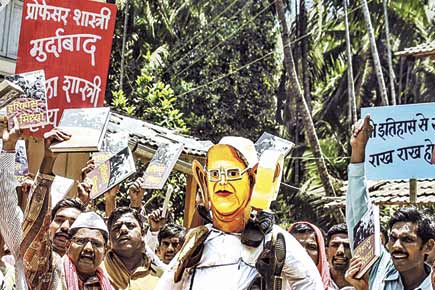 There is a dead body. The body belongs to Hamid, who was earlier Kishan, a Hindu who converted in order to get married to a Muslim woman (Tanvi Azmi). When alive, Hamid aka Kishan was a drunkard who lived with his wife and two grown up children. He perhaps led the most nondescript life, but his dead body becomes a powerful weapon for religious leaders of the area to incite violence in the form of Hindu-Muslim riots in the area. Vinay Jain plays the role of a newly appointed cop who has to find a quick solution to this seemingly unsolvable Hindu-Muslim divide. 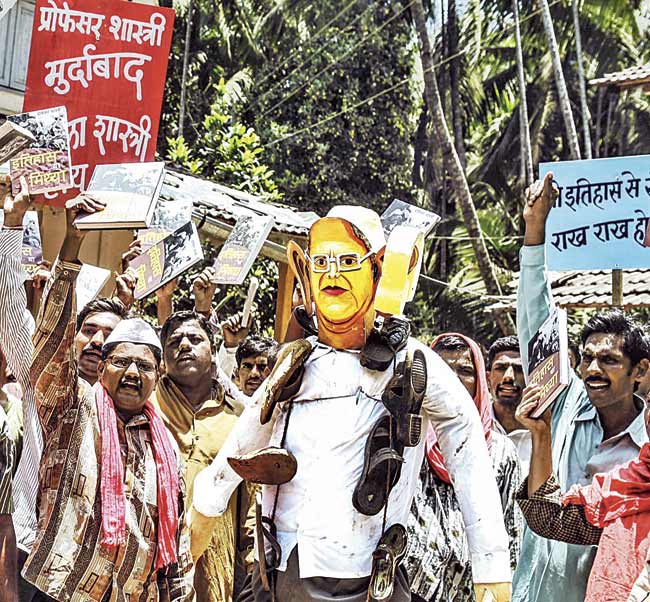 Dekh Tamasha Dekh has a thread of black humour running throughout, even as it talks, in a matter or fact way, about burning issues that are still conveniently brushed under the carpet. A socio-political satire, the film daringly deals with the apathy and selfishness of the so-called religious leaders and mouthpieces, who propagate hatred and violence to feed their own egos and purposes. There are many scenes in the film that make you smile for the underlying humour, but also sneer at it all as the reality slowly sinks in.

The owner of a newspaper (Satish Kaushik) summons the editor and barks orders at him and his dog at the same time. Two petty labourers subtly express their hatred and mistrust towards a politician even as they try to put up a larger-than-life banner of his. An idealist, scholarly old man simply takes off his earplugs when he doesn’t like what he’s hearing. An Islamic leader goes into a fantasy mode while talking about the ‘hoors’ (beautiful angels) in the heaven. All the realities that we uncomfortably avert our gaze from are put together admirably by the film’s director, Feroze Abbas Khan.

Dekh Tamasha Dekh speaks bluntly about real people and the motives behind their actions without mincing words. Nobody’s a villain here, but all of us are facing different circumstances — like the editor who changes his ideology the moment his job is in jeopardy, or an otherwise dutiful son who walks out on his mother merely because he hears rumours about her ‘loose character’.

A rare film that treats its audience as intelligent enough to understand the nuances of the subject that it deals with. You may squirm in your seats as the harsh truth is served in a cold plate. Even so, go watch it because the truth always stays longer with you.

Next Story : Honoured to have worked with Big B in 'Bhootnath Returns': Boman Irani