'MS Dhoni: The Untold Story' is about MSD's rise to top from Ranchi, with Sushant Singh Rajput in a sure-shot award winning performance. It shows how passion and perseverance can take you places 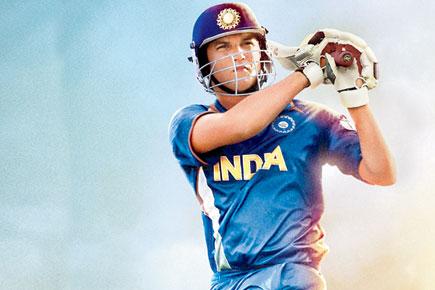 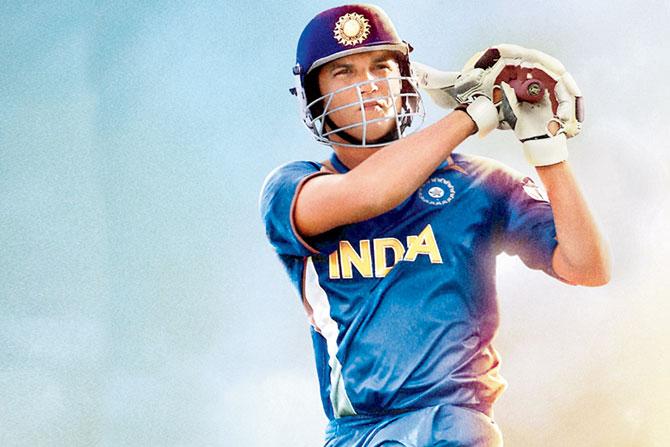 Sushant Singh Rajput in a still from 'MS Dhoni: The Untold Story'

Before I begin batting for this film or praise it to the sky, it’s only fair that I share with you my initial apprehension first, which should still hold true for you, regardless of what you read after this. Because a review (whether rave or not) is, inevitably, an outcome of expectations. This is as true for people as for pictures.

To begin with, length wise, this movie is 3 hours, 10 minutes-plus. Which is a huge minus, on paper, already. And it is a biopic produced by the very person on whom the film is based on. This means, it is by all means, a hagiography — maybe even bordering on mythology.

To top that, this is a Bollywood movie on cricket — merging the two passions that unite this unnatural nation. Still, films on cricket have been traditionally jinxed. Somehow, Indian filmmakers never seem to get the cricket right — the cricketing stance, the bowling run-up, the madness of the crowds, everything looks disturbingly fake.

This one absolutely doesn’t. How? Well, the cricket that you watch in this movie, for the most part, has been very smartly executed by super-imposing the lead actor’s face with actual footage of the protagonist he plays on screen. So, yes, it’s Sushant Singh Rajput up there all right. But the shots — both cricketing and camera — belong to Mahendra Singh Dhoni, on the field, playing the big games, winning hearts and matches that made him, arguably, the greatest Indian captain ever.

This is also the most contemporary Indian movie I can think of, given that the well-known characters you watch — Yuvraj, Sachin, Virat, referred to, or showing up for a sec — are very much still around. Most biopics tend to be historicals of some sort, making this pic almost an insider kinda journalism, or perhaps even more believable, since Dhoni himself has supervised the script. You know the dope isn’t hear-say, it is what happened, or at least what Dhoni wants to reveal. The sense of recognition is complete. So is the euphoria on occasion. The hoots from the audience in my theatre confirm both.

At the base of this script, though, is the story of middle class India where for generations children have been taught, “Padhoge likhoge toh banoge nawab. Kheloge koodoge toh banoge kharaab. (Study, become a prince; play sport, become a pauper).” Absolutely everyone of my vintage has grown up with that mid-level income parental philosophy. What changed for post-2K India in sport (or cricket anyway)? Well, clearly, the same things that changed for Bombay in entertainment.

This film, about Dhoni rising to the top from Ranchi (in undivided Bihar), has been directed by Neeraj Pandey from Arrah, with Sushant (in a sure-shot award winning performance) as the lead, from Saharsa (both from Bihar). They narrate the classic underdog script of how passion and ‘zid’ (or perseverance) can take you places. But, that’s not all. I guess behind every successful man or woman is a network of well-wishers, talent-spotters, even mavericks (like the railway manager AK Ganguly in Dhoni’s case), who just simply, unconditionally believe in you. This film captures that adorably.

What it also equally does is seamlessly show a story that may be “untold” in the words of the filmmaker, but is actually quite well-known, if you ignore the bits about Dhoni’s romances (or lack thereof). There’s something about sports that compresses all the lessons, ups and downs, of life into the duration of one match.

This film similarly attempts to linearly synopsise almost everything about Dhoni — or in the words of Kharagpur DRM Ganguly, “the in-swingers, out-swingers, full-tosses and bouncers that life throws” at him into one film. Frankly, it doesn’t hurt. Because it’s inspiring — and not in a corny, Dhoni ban gaya superstar style. You genuinely care for his peaks and troughs. I know for a fact the young will. In sport, unlike every other profession, one cannot fake greatness. A six is a six is a six — perhaps even more, if hit on the last ball.

Would this have been an easy to movie to make, keeping all my initial apprehensions in mind? Far from it. The fact that the filmmakers really pull it off, I’d say, That’s the way, Mahi way!

Next Story : Get coffee with Karan!