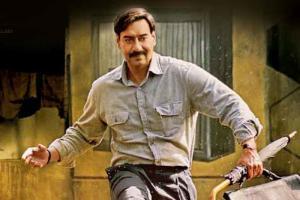 
Over the past few months, Maidaan actor Ajay Devgn and producer Boney Kapoor worried that the makeshift football stadium — which had been lying unused since March — would have to be dismantled if the lockdown ran into the monsoon. Unfortunately, their worst fears came true. The makers of the biopic on football coach Syed Abdul Rahim had little option but to have the set demolished in June, before the rains lashed the city. Now, the unit of the Amit Ravindernath Sharma-directed venture will have to patiently wait out the monsoon and the reconstruction of the set, before it can report to work in November.

A source from the unit reveals, "Even though the state government greenlit the resumption of shoots on May 31, Ajay, Amit and Boney Kapoor had opined that returning to the set in June would be impractical as they would have to call time once monsoon arrived. Given that the rains would destroy the set completely, they decided to pull it down and have it built from scratch in October." 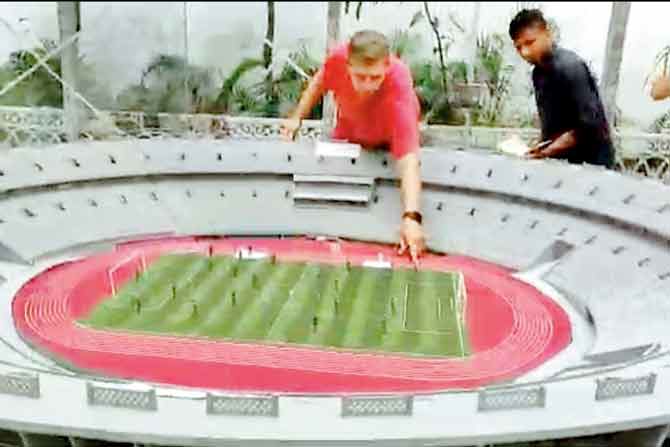 The miniature model of the football stadium

The set — modelled on an international stadium — was built earlier this year in the western suburbs to serve as the location for eight matches that will be depicted in the sports drama. "Reconstructing the set will be an additional expense. The makers may also have to level the soil that will be uneven after the rains. Taking these factors into account, they are considering beginning the shoot in November, and hence, have pushed the release from December 2020 to August 13, 2021." The source notes that the eight-month delay spells losses for the makers, as they have to pay interest for the additional period.

Next Story : Sherni: Vidya Balan to roar after the Mumbai rains