Karisma Kapoor looks like a ray of sunshine as she channels her love for Indian traditions at Armaan Jain's Mehendi ceremony! 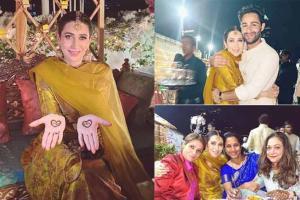 
Armaan Jain and Anissa Malhotra's Mehendi ceremony was a star-studded affair where everyone gave their best shot as far as their attires were concerned, but the actor who took away the cherry, the cake, and the bakery was Karisma Kapoor, the actor's cousin.

She channeled her love for Indian traditions and even took to her Instagram account to share some pictures after being dressed up and also from inside the ceremony. First, let's talk about her first Instagram post. She captioned it- A pop of yellow, as a blend of shyness and sexiness, could be seen in her expressions.

She arrived in style and as soon as she made an appearance, the liveliness and gleam on her face were enough to mesmerise us, take a look at the pictures right here: 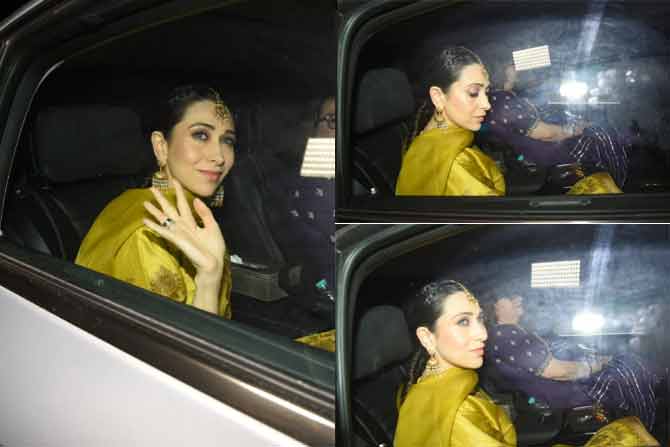 And then came another Instagram post where she wrote- Love our Indian traditions, and in the inside pictures, we saw her flashing her Mehendi, posing with Armaan, the man of the moment, and a group of other ladies who were a part of the function as well. Check the pictures out:

Well, it has been over three decades in Bollywood for Karisma Kapoor and it seems she's aging backward, and getting only and only more beautiful as the years are passing by!

Next Story : Aditya Roy Kapur speaks on working with Mahesh Bhatt in Sadak 2