Kangana Ranaut plays the fun, feisty Jaya in this film titled Panga, which might well be the adjective best suited to Ranaut off-screen 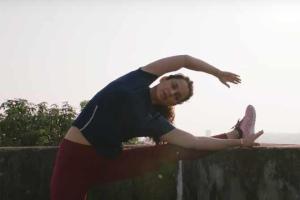 Don't know how it works for you as an avid movie-watcher, but over years, my brain appears to have developed a switch that trips at a moment in a movie's timeline, from which point, I realise the movie's dropped, and that it'll never recover from it again! More often than not, this scene/moment occurs in the second half of a picture, and the film inevitably goes downhill thereafter.

Did that happen while watching Panga? Yes. But oddly enough in a reverse way. There was actually a moment in the movie from which point, I began getting involved in it more and more. Up until then, I kept thinking (in my head), all this is good and all. But, so what? What's the point?

There's the lead character in her early 30s. She used to be an international level sportsperson. But she had to bow out of the stage owing to pregnancy, and the usual pressures of raising a family from thereon. She plays kabaddi, which is to Indian sport, in terms of mainstream popularity, what Gully Boy's hip-hop might to be to the popular music scene. That said, this isn't quite the rags to glory kinda 'triumph of the underdog' type story in a usual sports film, or in a Nitesh Tiwari's Dangal (2016) sort of way.

Check out the trailer of Panga here:

The lead character is a working wife in a reasonably well-to-do middle-class home. And even if she does miss kabaddi, at 32, she can at best take a meagre shot at it for some time, given how physically grueling kabaddi itself is — unlike more age-agnostic performance arts like say, music, acting, or even within sport, golf, chess, or some such. And it's not like she hasn't achieved what she had to — she's been there, done that, having captained India, no less.

Yet, there is this point in this picture, when she's on a train being bid goodbye by her little son and her husband — both of whom have actually encouraged her to take on a new challenge. It's at the moment that she's about to leave the two people she cares for most, unsure if they'll be able to take good care of themselves, that the film takes on a subtle realism which is so true for functional families that many kids and adults might instantly relate to.

This is when the story's 'sur' and 'saar' (point and poetry) become crystal clear. This is a very realistic, deeply measured, inherently mature story about chasing dreams. Quite unlike similar scripts about people having given up on their dreams, and been depressed all along until a second chance comes their way — think Rock On (2008) type of pic.

But it's clearly not always an either/or, one thing over the other kinda extreme sacrifice scenario. For Jaya, the protagonist here, a family indeed comes first, and she's happy where she is, except that she can be happier still. And no person, circumstances included, in this movie, as with life, is a full-time jerk.

The husband is supportive — something you'll find more common in modern societies, and some films reflect that well; Suresh Triveni's Tumhari Sulu (2017) did the same. Kangana Ranaut plays the fun, feisty Jaya in this film titled Panga, which might well be the adjective best suited to Ranaut off-screen. And whatever you may think of her public outpourings, the fact is that she rarely, if ever, disappoints on screen, giving her character and this film her all — striking a fine yet firm balance between confidence and vulnerability; chutzpah and self-doubt; care for family, and love for the sport.

This is at the end of the day very much a sports film, with all the entertaining accouterments that you would expect from the genre. Of course one has to credit writer-director Ashwiny Iyer Tiwari (Nil Battey Sannata, Bareilly Ki Barfi) for effectively lacing it all with a touch of humour, warmth, empathy, besides full-on action on the kabaddi mat. Looking deeper, what stand out are aspects in this movie that reveal an eye for detail. For delight is always in the detail.

Whether that's the cities that the film surveys, primarily Bhopal, but even Kolkata, Mumbai, and Delhi. Or sundry scenes on the husband and wife's work-life in the Indian Railways. Or the bits about how kabaddi as a sport works in India — the best players are usually routed through the railways. Or the proverbial Hindi film hero's best-friend inverted, with Richa Chadha striking quite a pose with her Bihari swag and street-smart line. Or, that female voice (Asees Kaur) in the song Wahi hain raste: hottest vocals I've heard in long… Could go on. As you can tell, there's much to admire.

Next Story : Parineeti Chopra's exotic vacation will fill you with wanderlust