Amid news of new educational policies being put in place, Pareeksha actor Priyanka Bose says revamping the system was overdue 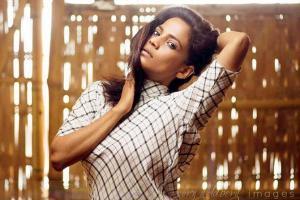 
Set to feature in a prominent role in Prakash Jha's upcoming ZEE5 release, Pareeksha, Priyanka Bose says the filmmaker's knowledge about the education system makes him best suited to explore the subject on screen. "[He has] clarity on the matter, and his understanding of where the story comes from, is on point," says the actor of the film that follows a rickshaw puller from Bihar whose dream is to provide quality education to his son.

"A re-look at the structure [was long overdue]," she says in the wake of reports of the Indian education system undergoing an overhaul. "It has taken us a long time to get here; to [include] specialisations, and put emphasis on the interest of the child. I am unclear [if] the new [system] will bridge the gap between the privileged and the underprivileged, but let us not forget that thousands are fighting for a place in this chaos, for their children," she added.

While she is glad that the web platform is offering a level-playing field for actors of her kind, she laments that the film will not hit the big screen. "It was not meant for an OTT release. It was always made for a theatrical screening, and to then head to a platform that could bring it the desired attention."

Next Story : 'Pushed to the brink, we're willing to fix our actions'