After getting shamed for her sartorial choices while meeting Indian Prime Minister Narendra Modi, Bollywood actress Priyanka Chopra has found herself in the midst of yet another controversy! 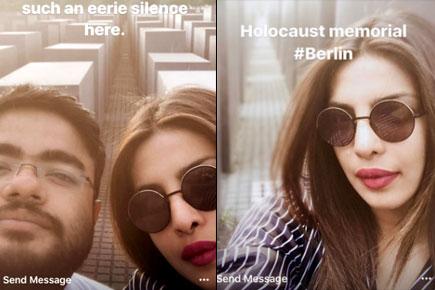 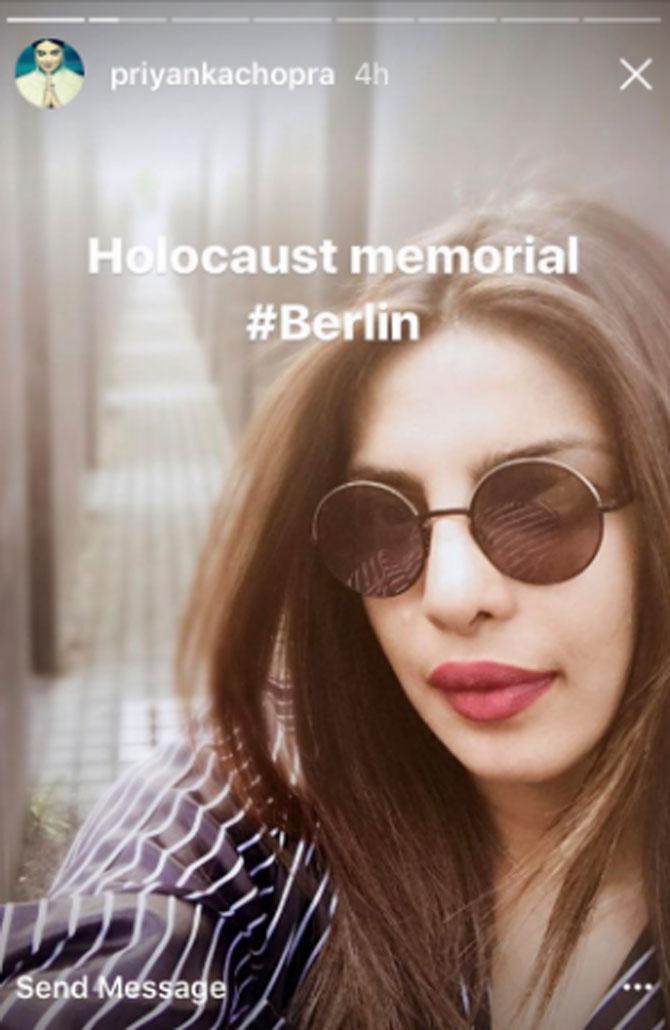 After getting shamed for her sartorial choices while meeting Indian Prime Minister Narendra Modi, Bollywood actress Priyanka Chopra has found herself in the midst of yet another controversy!

Priyanka Chopra, who is currently in London promoting her Hollywood debut 'Baywatch', was in Berlin earlier to promote the film. While in Berlin, Priyanka Chopra visited the Holocaust Memorial with her brother Siddharth Chopra and posted selfies on social media. 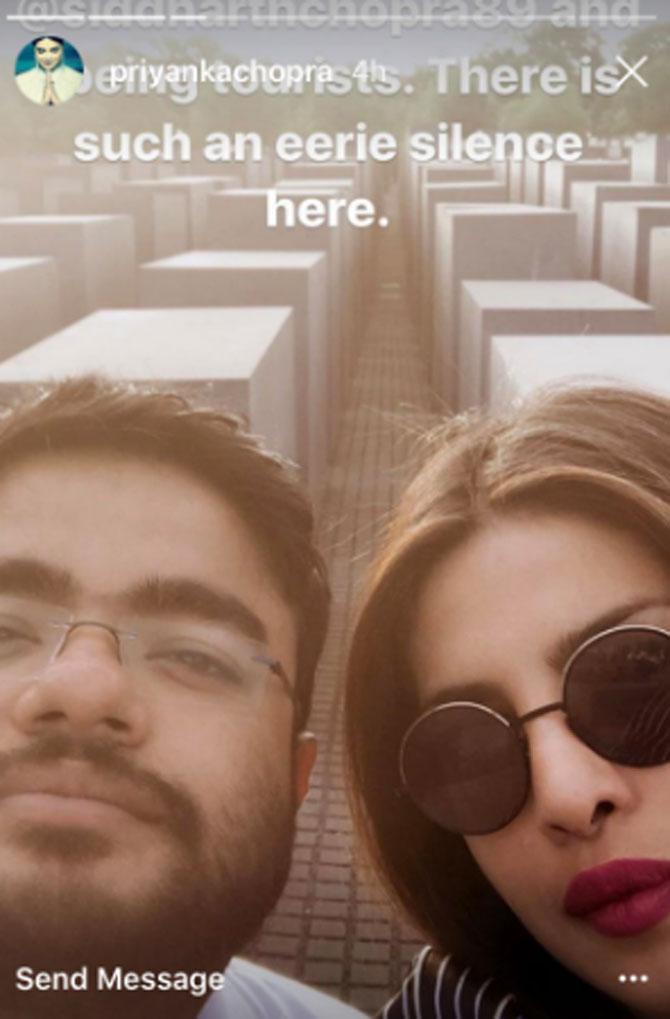 Priyanka Chopra captioned the selfies, "Holocaust Memorial #Berlin" and "sidharthchopra89 and I being tourists. There is such an eerie silence here."

Priyanka Chopra was condemned on Twitter for being insensitive. Here are some reactions:

Priyanka Chopra took selfies at the Holocaust memorial.. is this a another attention seeking stunt ??? Shouldn't have done that ..

Taking selfies at the Holocaust Memorial sounds like EXACTLY something @priyankachopra would do tbh.

Why is it okay for @priyankachopra to take selfies at the #Berlin #holocaust #memorial? She isn't striking yoga poses & all that but really?

Is it respectable for @priyankachopra to be taking selfies at the #Holocaust Memorial? pic.twitter.com/BKPpJOAsE7

After noticing the uproar, Priyanka Chopra has deleted the controversial Holocaust selfies.

This move is a stark contrast from her sassy response to being trolled for 'showing off' her legs while meeting PM Modi.

After being shamed for opting to wear a short dress for her meeting with PM Modi, Priyanka Chopra had the sassiest response to her haters. She took to Instagram to share a photo with her mother Madhu Chopra and captioned it, "Legs for days.... #itsthegenes with @madhuchopra nights out in #Berlin #beingbaywatch"

This isn't the first time Priyanka Chopra has been called out for insensitivity. Last year in October, Priyanka Chopra's photo on the cover of Conde Nast Traveller magazine's issue had stoked controversy on social media for the 'insensitive' message on her T-shirt.

A spokesperson of the magazine explained that the idea was to tell the world to stop labelling people. The magazine issued an official statement saying that the message was interpreted in a wrong way, and they wanted to suggest that "the beauty of a world" is in its diversity.

On the work front, Priyanka Chopra's Hollywood debut 'Baywatch' will release in India on June 2.

The actress has been promoting the film worldwide and has shared pictures from her tour. Take a look: