Ayushmaan Khurrana starrer Dream Girl, written and directed by Raaj Shaandilyaa, is based on the fake networking profiles social media users create to lure people into their trap 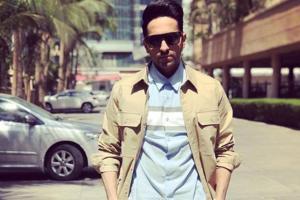 
Ayushmann Khurrana's film, Dream Girl, written and directed by Raaj Shaandilyaa, is based on the fake networking profiles social media users create to lure people into their trap. Angel Priya is one of the inspirations behind this film.

Angel Priya is the most common pseudo name used by men who create fake profiles of girls on social media. They often trick people into giving them money or send gifts.

Shaandilyaa reveals, "When co-writer Nirmaan D Singh and I started working on the film, our motive was only to entertain the audience. We thought of many ideas and took many real-life incidents into consideration. As writer of the sketch comedy show, Comedy Circus, we often scripted gender-bender characters. So, it was on my mind."

He adds, "We all have received a friend request from someone called Angel Priya once in our lifetime. We all know how some men used Angel Priya as a name to register fake profiles and flirt with guys online to extract money from them. We took all these incidents into our mind while writing this film. So it's a a fun film with many real-life elements."

Next Story : Vidya Balan: I am here for a lifetime...