Urvashi Rautela on the deep bond she shares with her brother 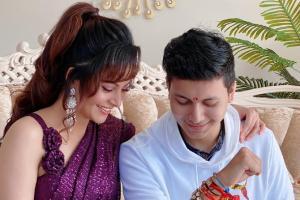 
A host of Bollywood celebrities have shared their happy moments with their siblings on Raksha Bandhan. Talking about the significance of the festival on which a brother promises protect his sister for life, Urvashi Rautela’s Brother surprised Urvashi on this auspicious day!

Bollywood diva Urvashi Rautela shared a picture on her social media with her Pilot brother Yashraj Rautela, Urvashi said, 'my younger brother Yashraj Singh Rautela (Yash) and I have a lot of trust and respect for each other which is very important in friendship and in a relation. We have a very close friendship and I definitely have a lot of affection for him, he is a pilot at emirates aviation. Whatever work we have done till now, every project I do we talk a lot about that, every single choice he has made in his career or I have made, we have always spoken about it, vice versa. We have endless conversation about lot of different subjects, we have always supported each other all along the way. And I believe that their can’t be any other best friend than your brother. On this Rakshabandhan I’ve gifted my Brother a Black Labrador Cute Puppy, which he always wanted.'

Next Story : Jackky Bhagnani pens a heartfelt message for his sister