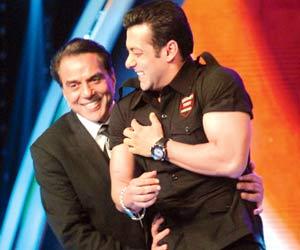 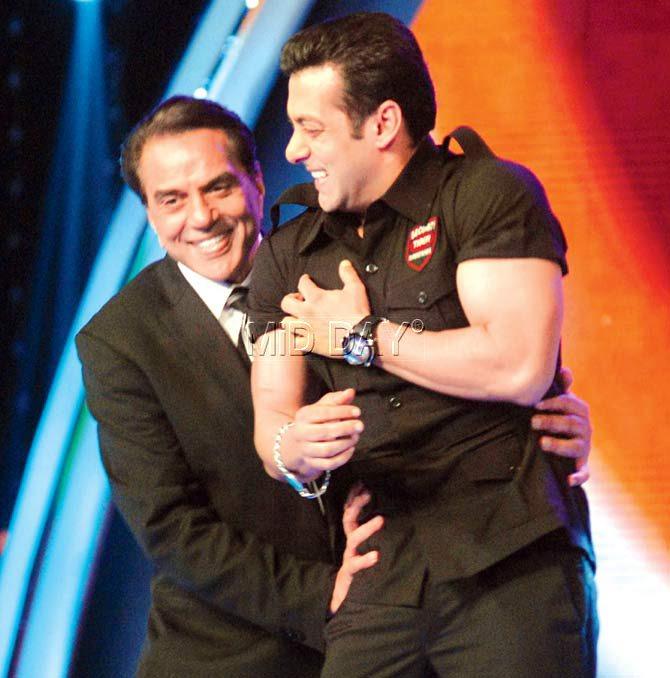 While it is a treat for cinephiles to see Dharmendra shake a leg on the big screen, the veteran actor has upped the ante for Yamla Pagla Deewana Phir Se. If all goes as per plans, Salman Khan will join him for a special song in the third instalment of the laugh riot. The number will see the duo reuniting for the first time after Pyaar Kiya Toh Darna Kya (1998).

Turns out, the track featuring Khan was Bobby Deol's brainwave. A production insider informs, "While shooting with Salman for Race 3, Bobby was talking about the progress on Yamla Pagla Deewana 3 and casually mentioned how it will be great to have him do a special number with them. Salman instantly agreed to it." 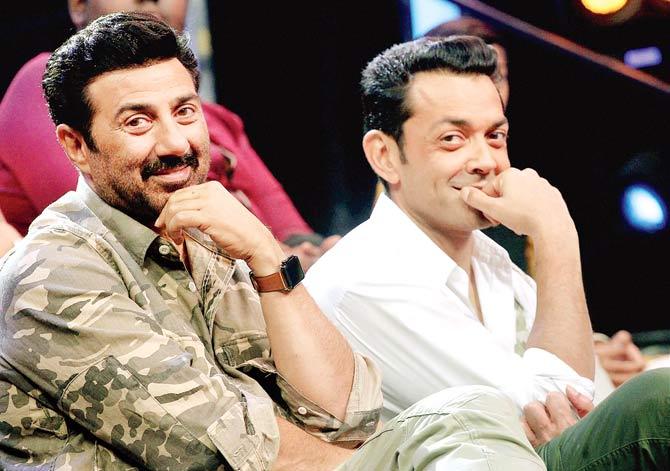 The song will be a peppy bhangra track that will see Khan with the trio — Dharmendra, Sunny Deol and Bobby — and is likely to be used during the credit roll. Director Navaniat Singh and Sunny are currently scouting for a composer to create the track. It, however, remains to be seen when the song will be filmed given Khan's chock-a-block schedule.

A source close to the superstar says, "Salman is currently in Bangkok shooting for Race 3, which will be followed by the Abu Dhabi schedule in March. He also has the Da-Bangg Tour in Nepal lined up for next month. He will probably take out a few days for the song's shoot before he starts prep work for Bharat."

Dharmendra and Khan share mutual affection, with the senior actor stating that the superstar is the best choice to play him, if a biopic were ever to be made.

Next Story : Richa Chadha ropes in boyfriend Ali Fazal for her directorial debut