Sanjay Khan: As a father, it is my duty to direct a film for Zayed 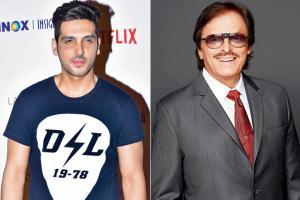 
After an 18-year hiatus, veteran Sanjay Khan is set to return to his place behind the camera to kick off a biopic on the 1947 India-Pakistan war hero, Brigadier Mohammad Usman. In what is a cause for a double celebration, the period drama will have him direct son Zayed Khan for the first time.

War dramas have been his forte — after all, Khan was the brain behind Indian television's much-loved show, The Sword of Tipu Sultan. Now, he has found the perfect story of bravura in the brigadier, who had remained with the Indian Army at the time of the Partition and laid down his life in Nowshera, Jammu and Kashmir, during the 1947-48 war. "I am working hard on the script because I want to make it as authentic as possible. I want to depict the Indian Army's bravery, and how they fought despite not being armed with sufficient artillery and equipment. The brigadier's story is one of courage and principle," he says.

Khan's directorial venture will be a re-launch of sorts for Zayed. "He is one of the most handsome actors in the film industry. As a father, it is my duty to make a film for him. The audience will rediscover him in the movie."

Next Story : Ghoomketu director Pushpendra Misra: Not a formula film