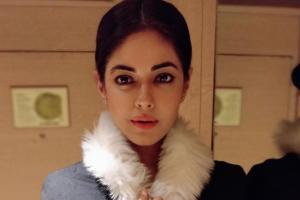 
Social media can be a blessing and a bane. While it helps us reach out to millions of people and impact lives positively, it is also a tool for those who want to hurt people, be it through actions or words. There are countless people who want to do good, but there are many more of those who only want to spread hatred and doubt. Actress Meera Chopra recently had a brush with the latter.

It was during an #AskMeera session on Twitter that the actress said she was a bigger fan of Mahesh Babu than Junior NTR... and all hell broke loose. The actress was slammed with rape threats on Twitter by fans of Junior NTR, completely baffling her.

Well i didnt know not being somebodys fan was a crime.. i want to say this loud to all the girls that if you are not a fan of @tarak9999 , u could be raped, murdered, gangraped, ur parents could be killed as tweeted by his fans. They r totally spoiling the name of their idol.

Seeing as how Meera Chopra was fighting these trolls, singer Chinmayi Sripaada, who has also experienced trauma such as this, supported her.

Thanks, will do it https://t.co/J8itYFCKyq

Not only Meera, but these haters targeted her parents as well, one of them going so far as to say that they will die of coronavirus.

This is a deleted tweet by @ntrbheem9999. Attaching the screenshot. @hydcitypolice @CyberCrimeshyd i would like to report this person and various otjer abusive and death threatning tweets on my timeline. @twitter i request you to suspend this account! https://t.co/RT908ABMMD pic.twitter.com/Fi7Rh4O7el

It's truly a sad state of affairs when such a small thing can lead to such abuse and harassment in the online world. Speaking one's mind on the most trivial matter, too, can lead to threats and abuses on Twitter.

We sure hope Meera Chopra comes out of this stronger, and the perpetrators are duly punished!

Next Story : This is what Kangana says on Bollywood supporting Black Lives Matter