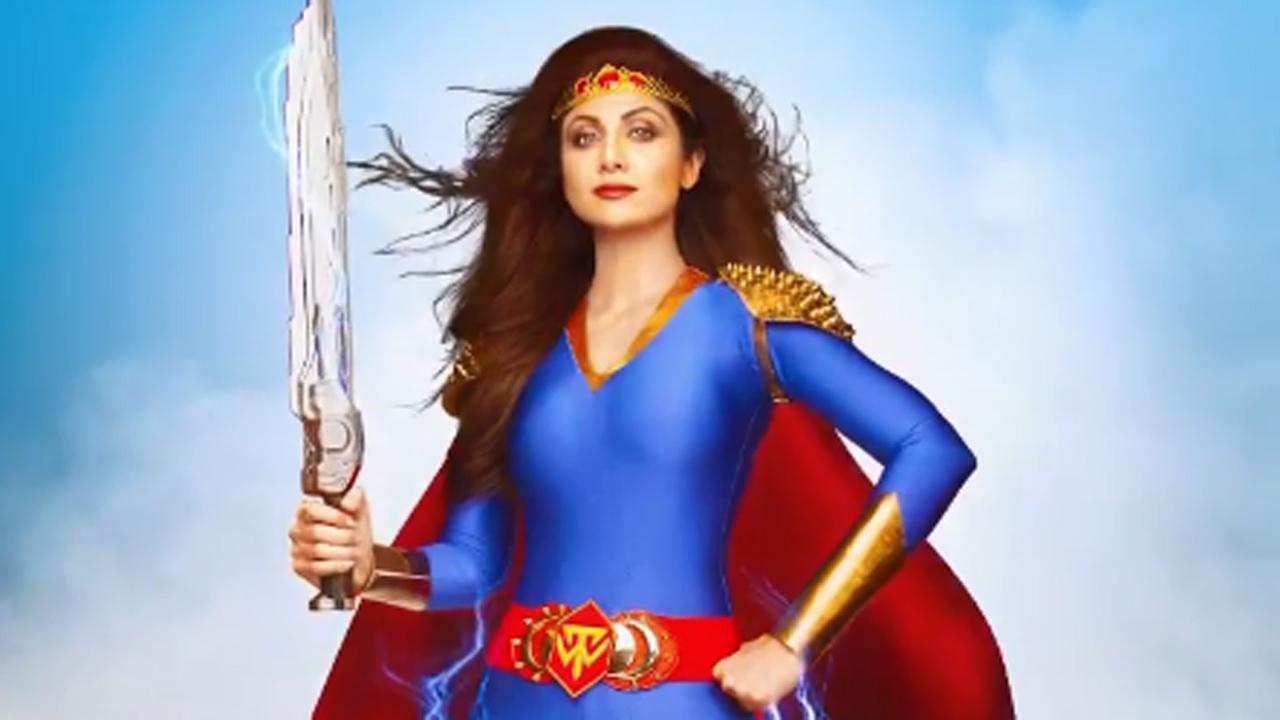 
Last week, Bollywood's leading superstar Shilpa Shetty announced that she would be taking a break from social media and its monotony. And just when netizens were beginning to miss her lively social media presence, Shilpa is back with a bang!

She has now announced her comeback on social media along with the trailer of her big screen comeback, Nikamma - with a sparkly new avatar no less! And if the teaser announcement is anything to go by, what a comeback it's going to be indeed!

The teaser video sees a caricature Shilpa Shetty in a Wonder Woman avatar with electricity coarsing through her and a sword in hand. Posting to her social media and announcing Nikamma's trailer release on 17 May, she wrote, "Now we're talking. In a brand new avatar! Who is the REAL ‘AVNI’???!! Do show some love & watch this space for more. Remember tomorrow 17th May, launching the NIKAMMA trailer at 11:30 am."

Fans have been waiting to watch their favourite superstar on the big screen and now, finally they will get to catch a glimpse of all the Nikamma action! We must say, we are definitely intrigued! Watch out for Nikamma's trailer tomorrow at 11:30 AM!