While some media outlets reported that the picture represents to be a promotional campaign for a jewellery brand, others have stated that she got engaged to her rumoured boyfriend, actor Zaheer Iqbal 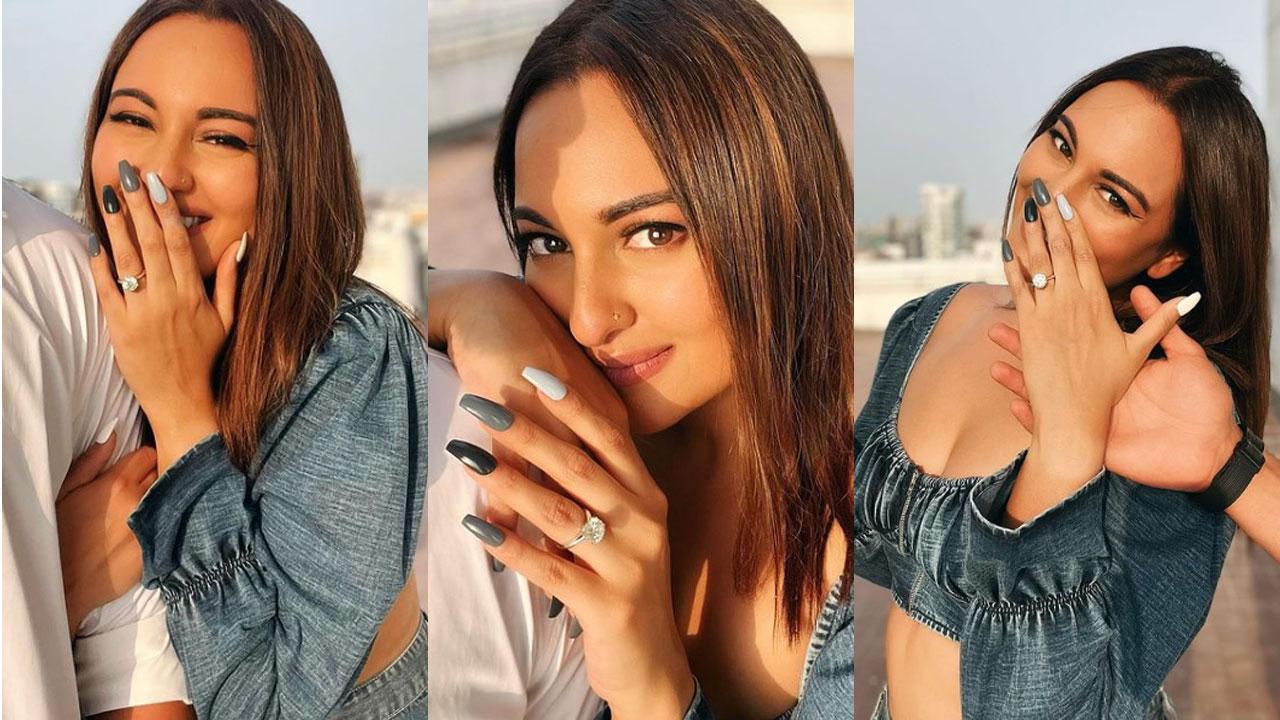 
Actor Sonakshi Sinha on Monday shared a social media post flaunting her huge ring which left netizens and many actors wondering, 'is she engaged? The Bollywood diva, on Monday morning, took to her Instagram handle and shared a series of pictures of herself, in which she can be seen posing next to a man while flaunting her huge diamond ring.

While some media outlets reported that the picture represents to be a promotional campaign for a jewellery brand, others have stated that she got engaged to her rumoured boyfriend, actor Zaheer Iqbal. The 'Dabangg' star shared three photos in total, and all three of them had the same caption. She wrote, "BIG day for me!!! One of my biggest dreams is coming truuuue... and I cant wait to share it with YOUUUU. Can't believe it was SO EZI!!!"

In the first photo, Sonakshi smiles and shows off a large diamond on her finger. She was also holding a man's hand, whose face is not visible in the frame.

In the second, without revealing the man's face, Sonakshi rested her hands and face on his shoulder.

In the last photo, she poses hiding her cheerful smile and showing off her bust. As soon as the actor posted the pictures, her fans started asking her if she got
engaged or not. Many industry actors congratulated her on her post. Neha Dhupia commented, "congratulations Sona @aslisona," while newlywed Shibani Dandekar-Akhtar wrote, "Congrats Sona so much love."

One fan asked, as if it was a publicity campaign and wrote "Not buying it, seems like there's more to this," while another said, "Publicity gimmick, pakka." Meanwhile, on the work front, Sonakshi Sinha and Zaheer Iqbal will be next seen in the film 'Double XL' which also stars Huma Qureshi.