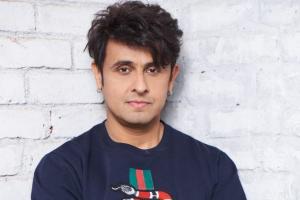 
Singer Sonu Nigam unveiled his music label on the occasion of his birthday on Thursday. The singer will release his new single, Rudhrashtakam, under his label, I Believe Music, on July 31. The song marks his return to the spiritual genre.

"I Believe Music has been something that I have been working on for a while now but due to various work commitments, it was slightly delayed. Now, with the resurgence of independent music, I believe it's a good time and 'Rudhrashtakam' is an ideal and auspicious beginning," said Sonu.

For some time now, Sonu has been quite vocal in his allegations about the high-handed attitude of music labels in their dealings with artistes. He has accused that the Indian music industry is run like the mafia. He has also appealed to music companies to be a little kind towards newcomer artistes, saying otherwise more people would commit suicide.

Next Story : Guinness World Records awards a certificate to the late Shakuntala Devi