Sreevidya Rajan: Gunjan had told makers there were two of us

sreevidya Rajan, the other Kargil girl, discusses why she hadnt objected to Janhvi Kapoor-led Gunjan Saxena when it was announced; says "film can never come" between IAF colleague and her. 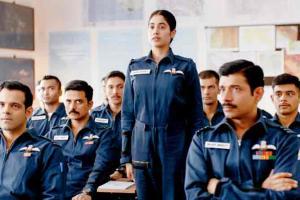 Janhvi Kapoor in the film


In a country where women heroes are often relegated to the sidelines, Gunjan Saxena: The Kargil Girl came as a breath of fresh air. But the Sharan Sharma-directed venture soon landed in hot waters with retired Flight Lieutenant Sreevidya Rajan providing a counter-narrative — in a Facebook post, she claimed that neither was Saxena the only woman to be posted in the Udhampur base nor was she the first IAF woman officer to carry out missions during the 1999 Kargil War.

It's natural then to ask Rajan why she had not raised objection to the film when it was announced two years ago. In fact, the first poster — featuring Janhvi Kapoor — that was released in August 2019 prominently included the tagline 'India's first air force woman officer who went to war'. "When Gunjan and I met at a party in 2017, I had asked her about the film and she had categorically said that it's her life story. I cannot question a filmmaker why they chose her and not me. When I saw her being portrayed as the first woman pilot, my friends and colleagues suggested I respond to it. But I thought as long as the story inspires women to join the forces, I am happy. We had a long chat on Monday. During the conversation, I came to understand that she had clearly told the filmmakers there were two of us. She doesn't know why they changed the fact. I told her it was an oversight on her and the filmmakers' part to not reflect me at all," states Rajan.

She recounts they were posted at the Udhampur base in 1996, and then, at Bagdogra in 2001. 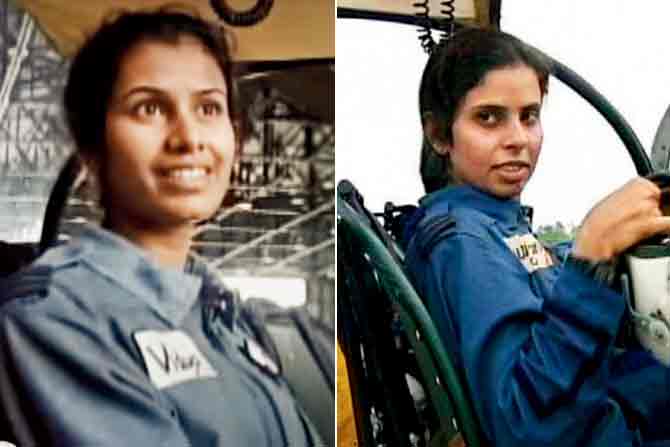 (From left) File photos of Sreevidya Rajan and Gunjan Saxena

In Kargil, we didn't fly together. I headed to Srinagar with the first crew while Gunjan came in with the second set. When she went to the frontline, we returned to the base. We were simultaneously alternating responsibilities between base and frontline," she recollects, admitting that the Limca Book of Records credits Saxena as the first woman pilot in a combat role. "When the first batch went to war, only designated senior officers from Delhi were allowed to speak to the media; we were [barred from] interacting with them. I remember speaking only to Barkha Dutt, who had specifically asked for an interview with a woman pilot [carrying out missions]. By the time the second crew came, the media was allowed and Gunjan was interviewed. Naturally, people assumed she was the first woman [to achieve the feat], but after the war, the IAF arranged for press interactions with both of us. As per the IAF rules, course mates cannot fly together in the same aircraft, so she flew the sortie for NDTV's video interview."

The depiction of the IAF, as an institution that promotes gender bias, was another bone of contention for Rajan. Point out to her how the film has maintained a balanced approach by including Manav Vij's character, and Rajan dismisses the idea. "[Initially] he dismisses her problems as excuses, only to train her eventually, but the film shows the number of chances she lost because her superior didn't listen to her. Creative freedom is permissible in a fictional story, but a biopic has to be done with more responsibility. The organisation, back in the day, was largely male-dominated. Gunjan and I fought tooth and nail to make our place.

That said, in the last 20 years, thousands of women have signed up for the service and shone along the way."

It may be noted that the makers have carried a disclaimer at the start of the movie, which categorically states that the film "does not warrant, represent or make any claim of authenticity or historical correctness of any events projected." 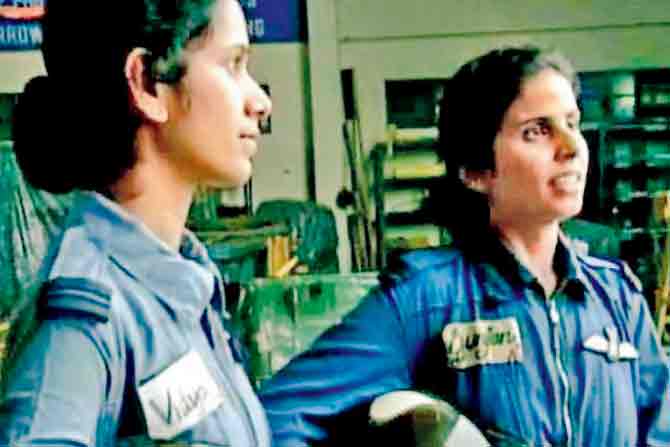 With the controversy raging on, where does her equation with Saxena stand today? "I have nothing against her. She is a woman of achievements that haven't even made it to the film. Neither Gunjan nor I will throw muck at each other on a public platform. When you have served in a war together, you are like siblings. A film can never come between us."

mid-day reached out to Sharma, who did not respond till press time.

Next Story : Setting the stage for Abhishek Bachchan!