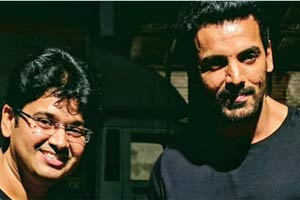 Other details of the film have not been shared. Earlier actor Sushant Singh Rajput was roped in for the title role in the film, but the makers of the movie mutually parted ways with the actor due to "unavoidable circumstances". Earlier media reports had suggested that Sushant had "decided to walk out of the thriller".