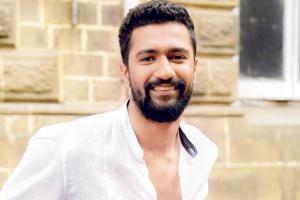 
Actor Vicky Kaushal on Friday started shooting for his upcoming film "Uri". The actor, who is riding high on the success of "Raazi", took to Twitter to share an update about his next project. "Day 1. 'Uri'. Aditya Dhar, Ronnie Screwvala, Yami Gautam, Paresh Rawal, Kirti Kulhari and Mohit Raina," he posted.

The actor also shared an image of the film's clapboard in front of the Indian flag. Vicky didn't share the location, but his co-star Yami Gautam had said that the first schedule will be shot in Serbia.

The film, directed by Aditya Dhar, is based on the Uri attack of September 2016. In September 18, 2016, terrorists from Pakistan attacked a military base in Uri in Jammu and Kashmir leaving 19 Indian soldiers dead. Eleven days later, the Indian Army retaliated with a series of surgical strikes on terrorist camps across the border.