In this video released by the makers of Junglee, Vidyut Jaamwal is seen intensively working out in the jungle 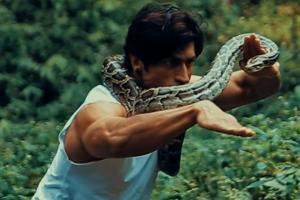 
Vidyut Jammwal introduces Animal Flow, one of the most difficult workout technique in his upcoming movie Junglee. Animal Flow is a form of workout which imitates the movements of animals helps improve your strength, flexibility, body control and coordination.

In this video released by the makers of Junglee, Vidyut Jaamwal is seen intensively working out in the jungle. 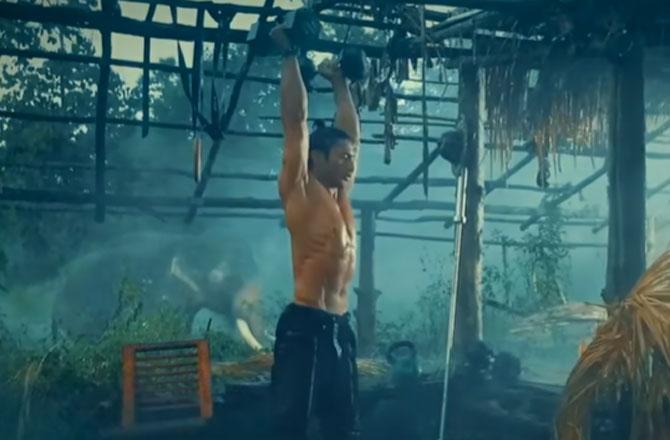 On the other hand, Vidyut Jammwal remembers having an affinity for animals while growing up in Kerala - he was brought up around three horses. But it wasn't until he trained with them for his movie Junglee, which releases next April, that he realised what great, magnificent beasts they were. "My experience was very different. The ones around you are used to human beings, but in the wild they are very different. Even if they wag their tail, they might hurt you," says the actor, who plays an elephant whisperer in the film.

The protagonist of the movie, Junglee is Bhola, a Thai elephant, and Jammwal had to travel to Thailand to meet him and his existing owner to learn what "elephant whispering" really was. "It was the most challenging thing I've done yet. A whisperer is someone who has a tacit conversation with an animal - you don't say 'hey, you are so beautiful'.

Jammwal also grew up with a horse whisperer in his family, and says that though he had to learn the fine art of elephant whispering, he already knew the science behind it, and says it's all about "sensitivity".

A Junglee Pictures production, 'Junglee’ is a family action directed by Chuck Russell, produced by Vineet Jain and co-produced by Priti Shahani. The film is set to release in cinemas on April 5, 2019.

Also Read: Whoa! Vidyut Jammwal is one of the top martial artists across the globe

Next Story : Vidyut Jammwal in awe of animal flow workout