The actor utters two small yet impactful dialogues in the video. "We are Indians," showing his love for the country. And the other dialogue, "Vaat Lagaa Denge," defines his aggressive attitude and bold personality 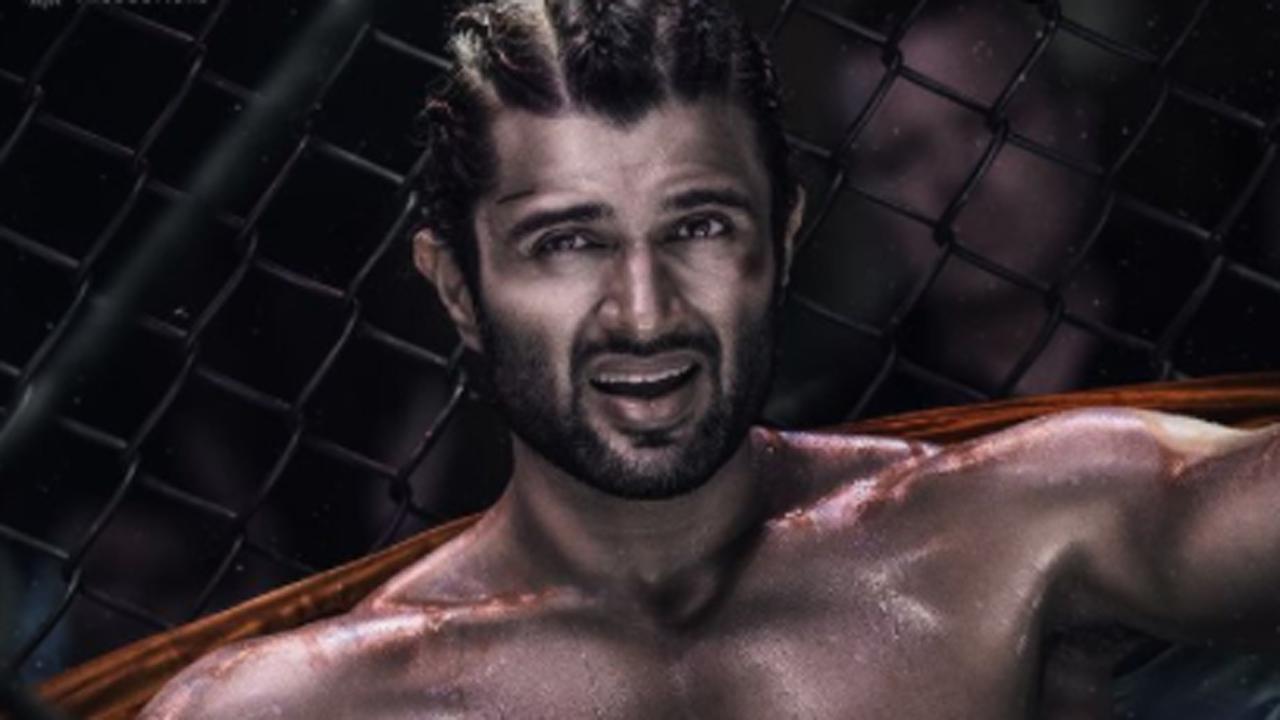 
It's early New Year celebrations for fans of actor Vijay Deverakonda as the much-awaited glimpse of his upcoming movie 'Liger' has been released on Friday.

Helmed and written by Puri Jagannadh, 'Liger' features Deverakonda in the lead role.

The recently-released teaser begins with an MMA commentator introducing Deverakonda as 'Liger', "the boy from India... the slumdog of the streets of Mumbai... the chai wala... Liger..."

The actor utters two small yet impactful dialogues in the video. "We are Indians," showing his love for the country. And the other dialogue, "Vaat Lagaa Denge," defines his aggressive attitude and bold personality.

Cinematography and background score are in synch to give a whole new experience to the movie buffs.

The visuals are packed with breathtaking stunt sequences. Deverakonda looks like a beast with a chiselled physique and sports a completely new cornrows hairdo along with a ponytail.

Going by the teaser, the film is about a slumdog of Mumbai streets becoming a champion in MMA (Mixed Martial Arts) sport.

Ramya Krishnan appeared as Vijay's mother, while Ronit Roy is seen as his coach. The glimpse didn't offer the first looks of other actors including Ananya Panday, who is also playing a key role in the movie.

Touted to be one of the biggest action extravaganzas in India, 'Liger' also features boxing legend, Mike Tyson. Fans and cine-goers are waiting with bated breath to witness the real action on big screens.

The upcoming sports drama is produced by Karan Johar, Charmme Kaur, and Jagannadh.

The film is slated to get a worldwide theatrical release on August 25, 2022, in five languages - Hindi, Telugu, Tamil, Kannada and Malayalam.

Next Story : Pranutan Bahl: I once fell off a BEST bus and hurt my hand