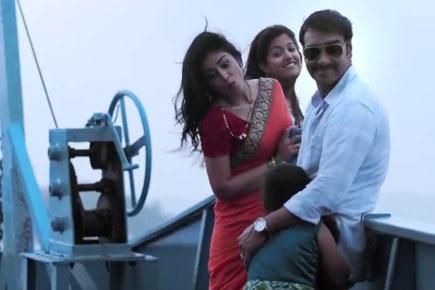 
The much-awaited trailer of Ajay Devgn's 'Drishyam' was unveiled on Thursday.

Watch the trailer of 'Drishyam'

The three-minute trailer features Devgn, as a common man, trying to save his family which gets embroiled in a murder mystery.

The thriller-drama, directed by Nishikant Kamat, is a remake of a 2013 Mohanlal-starrer Malayalam film of the same name.

The film, which has its music by Vishal Bharadwaj, is expected to release on July 31.