As per recent reports, the 'Karan Arjun' duo is currently in talks with Aditya Chopra for the project that will cast both the actors in lead roles 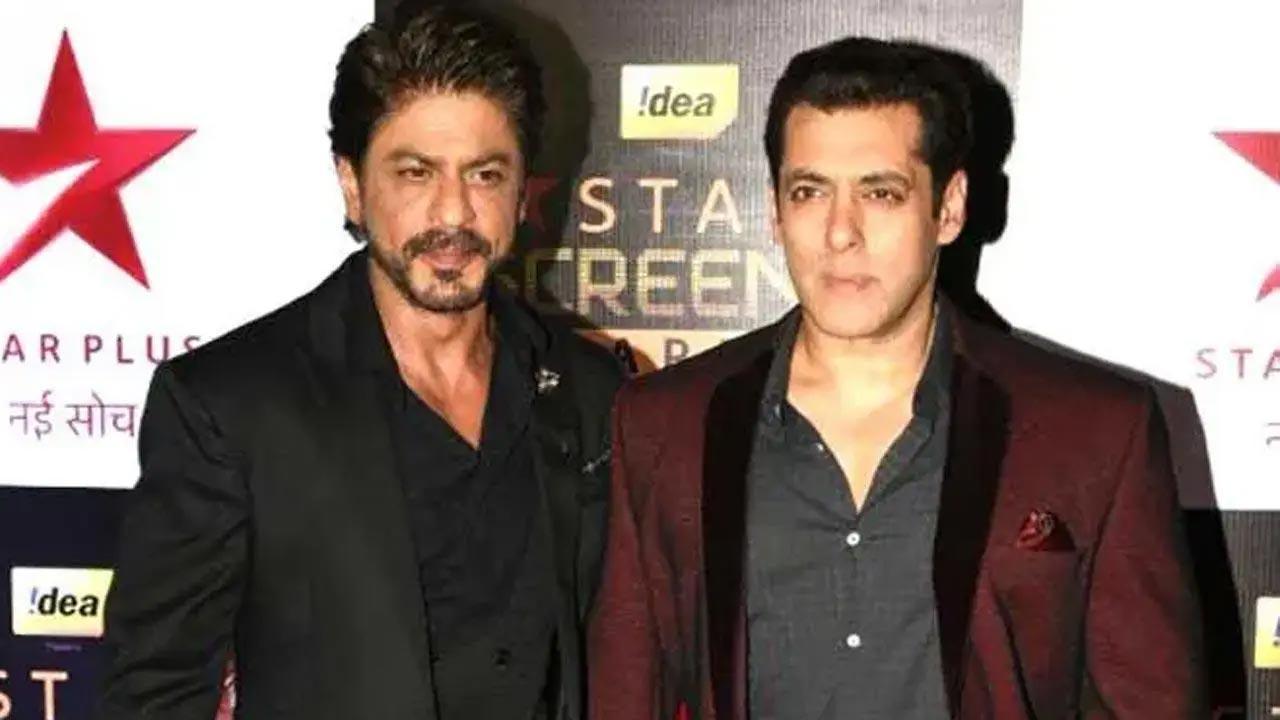 
Bollywood actors Shah Rukh Khan and Salman Khan might be collaborating after 27 years for a thriller film, penned by Aditya Chopra, that could be the biggest movie of Indian cinema.

As per recent reports, the 'Karan Arjun' duo is currently in talks with the producer for thea project that will cast both the actors in the lead roles. The film is going to be the costliest film in Indian cinema and details of the movie have been kept under wraps.

The 'Kuch Kuch Hota Hai' actors were last seen together in Anand L Rai's 'Zero' in 2019, in which the 'Sultan' actor made a special appearance in the film for the song 'Issaqbaazi', but it has been more than two decades since both the A-lister actors have collaborated for a full-fledged film.

Shah Rukh once in an interview was questioned about collaborating with Salman and Aamir in the future. To which he responded, "If you can afford us... then we will. But it is very difficult for all the three of us to work together, as we all have different working styles. But if a producer can afford us then we can see how things will flow."

Senior film critic and trade analyst, Taran Aadarsh, on Twitter, shared the speculation about the collaboration of two Bollywood biggies in Yash Raj Films Biggest Project. Official confirmation from the makers about the action thriller film is still awaited.

The 'Don' actor will be seen in a guest appearance role in Salman-Katrina's 'Tiger 3', whereas the 'Bajrangi Bhaijaan' actor will be having a special cameo in 'Pathaan' starring Shah Rukh, Deepika Padukone and John Abraham, both these projects are part of Yash Raj's spy universe.

Meanwhile, the 'Raees' actor also has director Atlee's next 'Jawaan', which is slated to release in theatres on June 2023 and Rajkumar Hirani's next 'Dunki' with Taapsee Pannu on his bucket list.

Salman, on the other hand, will be next seen in 'Kabhi Eid Kabhi Diwali' with Pooja Hegde, which is slated to release in December 2022.