Remember Shivaay actress Sayyeshaa Saigal? A look at her personal life in pictures

It's actress Sayyeshaa Saigal's birthday on August 12. As the actress turns 25 this year, we bring you some of her wonderful family pictures and some lesser-known facts! 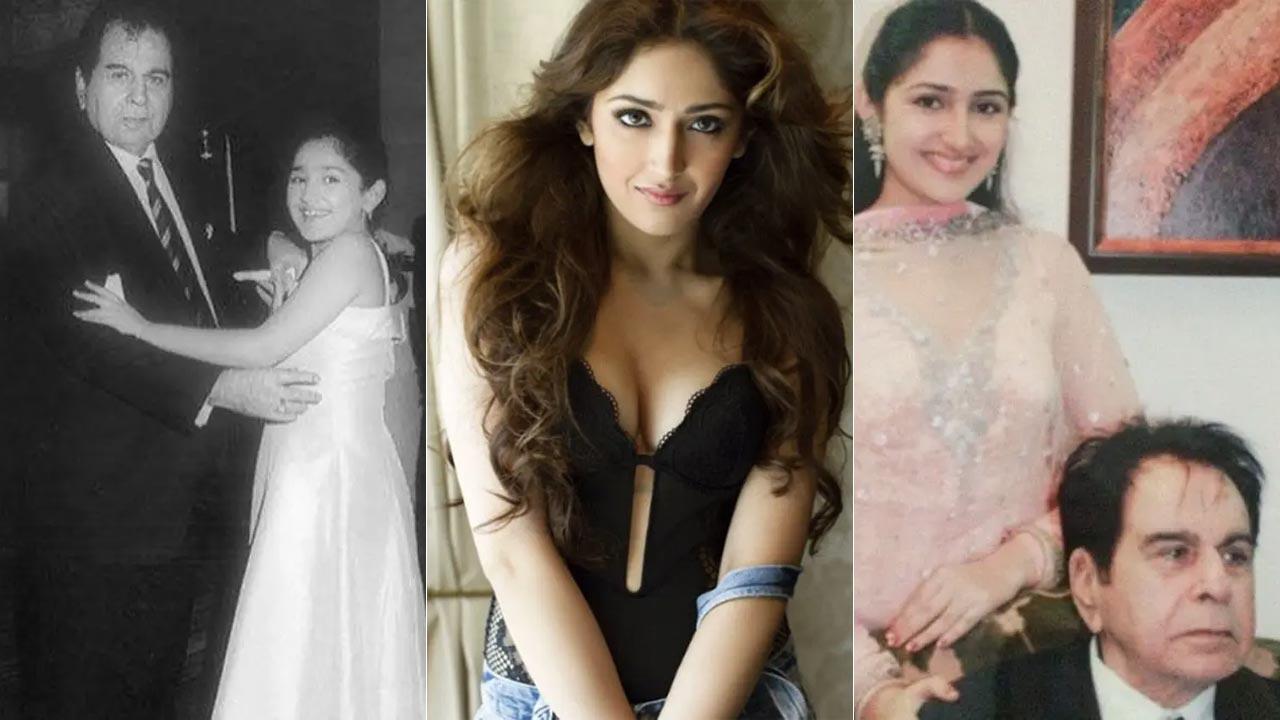 Candid photos of Dilip Kumar's grandniece Sayyeshaa with her family 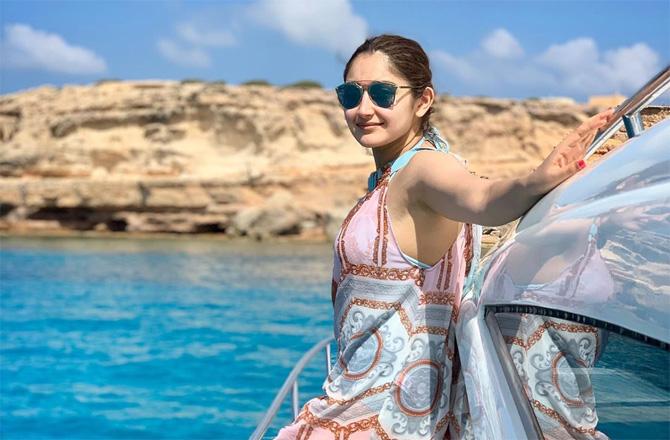 Sayyeshaa Saigal was born on August 12, 1997. She is the daughter of yesteryear Bollywood actors Sumeet Saigal and Shaheen Banu. She was in the UK and has studied IB in Science (All pictures courtesy: Sayyeshaa's Instagram account) 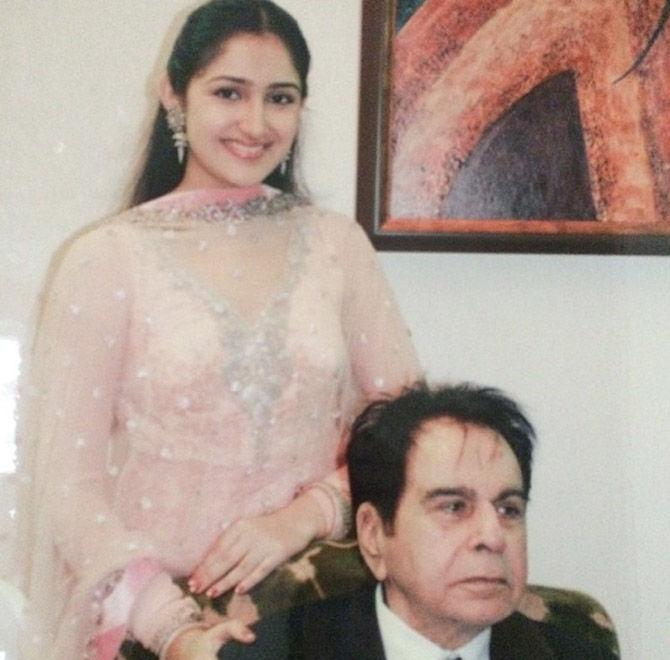 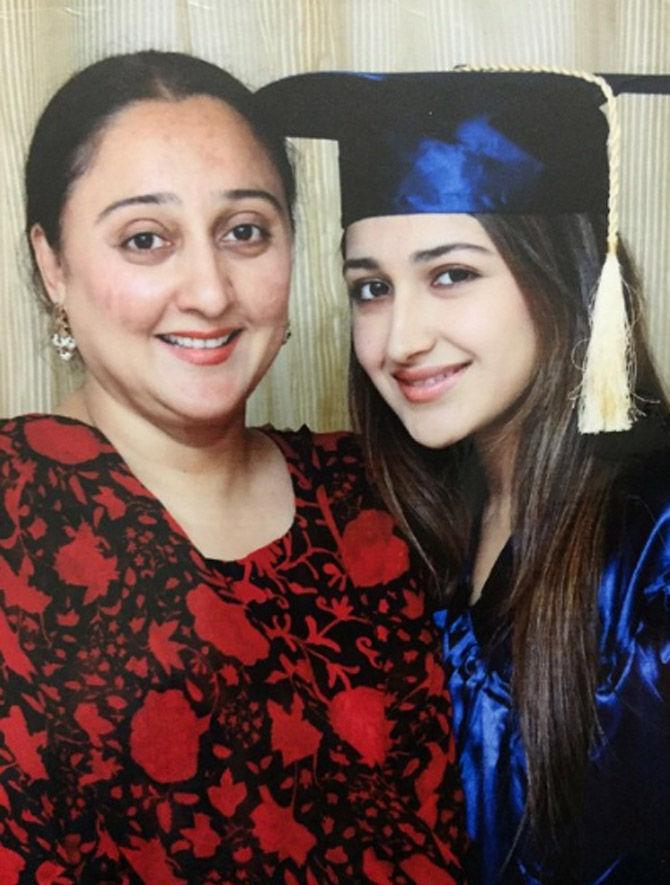 Sayyeshaa has acted in Hindi, Telugu and Tamil films. She was first seen on the big screen in Telugu film 'Akhil' in 2015. Pictured: Sayyeshaa with mother Shaheen Banu at her graduation ceremony 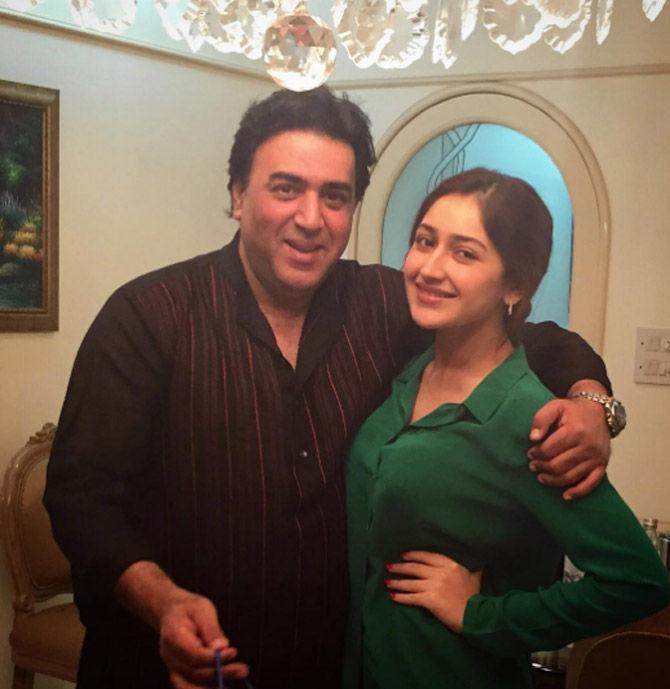 At age 19, Sayyeshaa made her Bollywood debut with Ajay Devgn's Shivaay (2016). She had just completed her IB in Science (with 97 per cent marks) when she signed Shivaay four years ago. Pictured: Sayyeshaa with her father and yesteryear Bollywood actor Sumeet Saigal 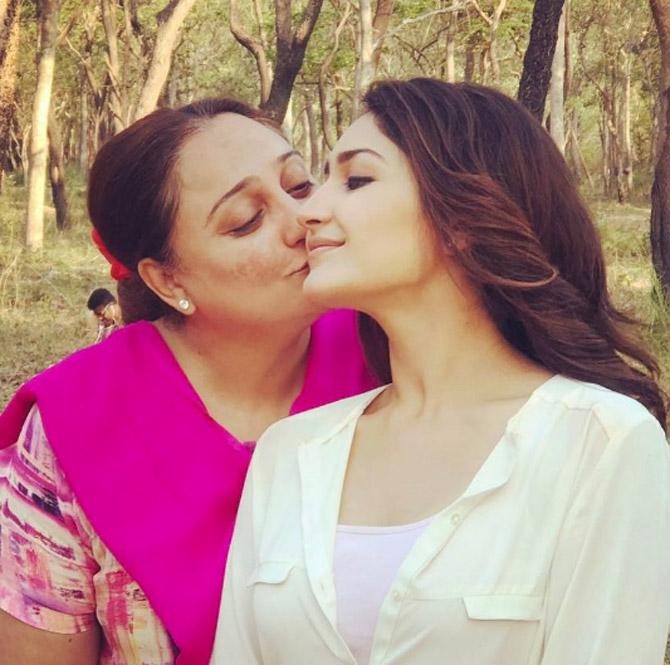 'Ajay sir liked my photographs and I auditioned for him. I enacted a couple of scenes and was finalised for the role,' Sayyeshaa said in an interview with mid-day 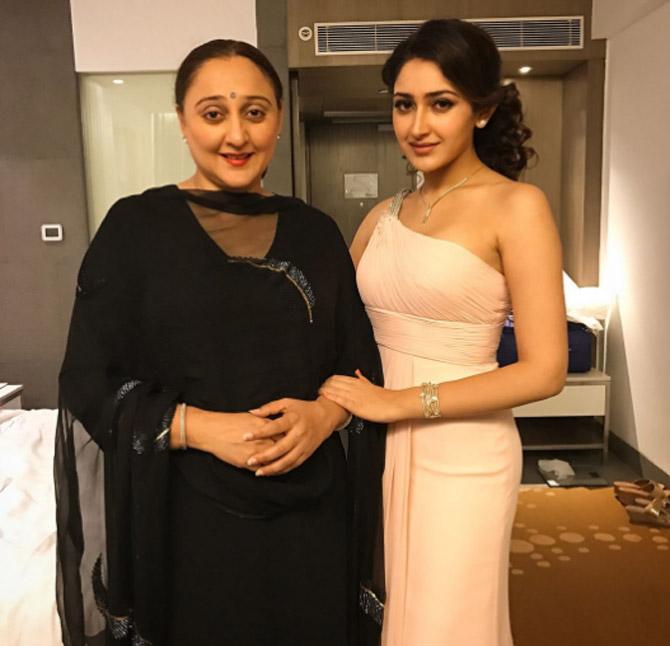 Sayyeshaa's parents, actors Sumit Saigal and Shaheen Banu, separated when she was two, but she is equally close to both of them. Pictured: Sayyeshaa with her mother Shaheen Banu

'I stay with my mother, but my father visits me every day. I was too young when they decided to part ways, but they have always been available. They have constantly guided and supported me,' Sayyeshaa told mid-day 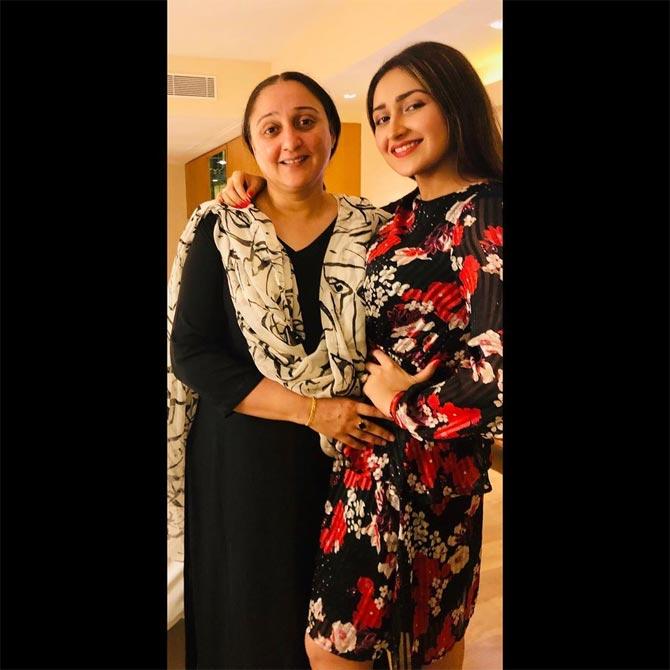 Needless to say, Sayyeshaa is quite close to her mother. In one of her Instagram posts, pouring her heart out, Sayyeshaa had written, "I love you to the moon and back! My life is incomplete without you! Thank you for being my protector and angel! You deserve everything best for the incomparably amazing human being that you are!" 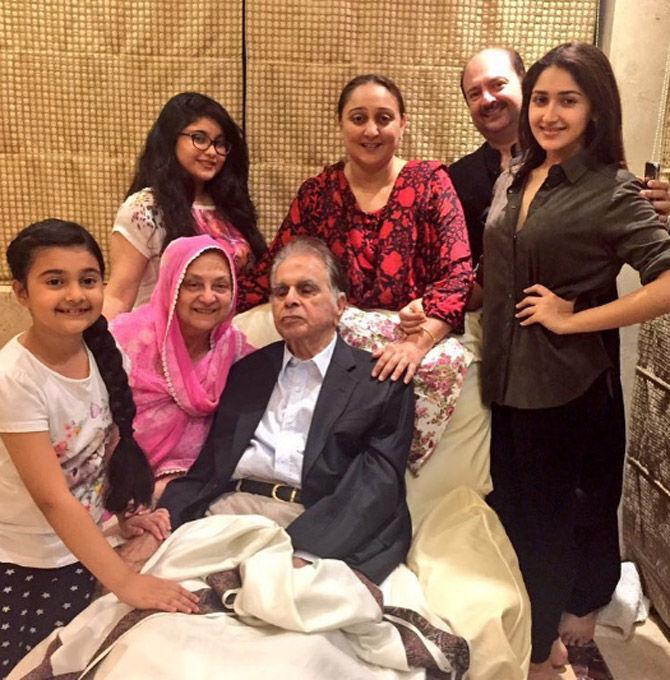 Sayyeshaa doesn't use her surname Saigal and had appealed to the media in June 2017 to address her by her name itself. Pictured: Sayyeshaa with Dilip Kumar, Saira Banu, Shaheen Banu and other family members 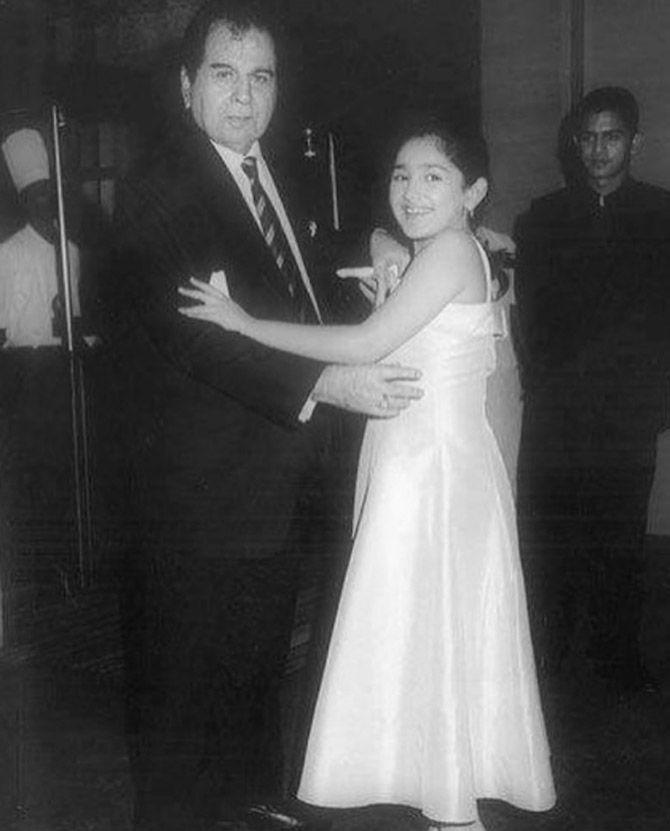 Talking about Dilip Kumar and Saira Banu, Sayyeshaa said, 'I feel blessed to have them whenever I need advice. Sitting with them and talking about movies is like attending a masterclass.' Pictured: Veteran Bollywood actor Dilip Kumar with grandniece Sayyeshaa in a black-and-white throwback photo 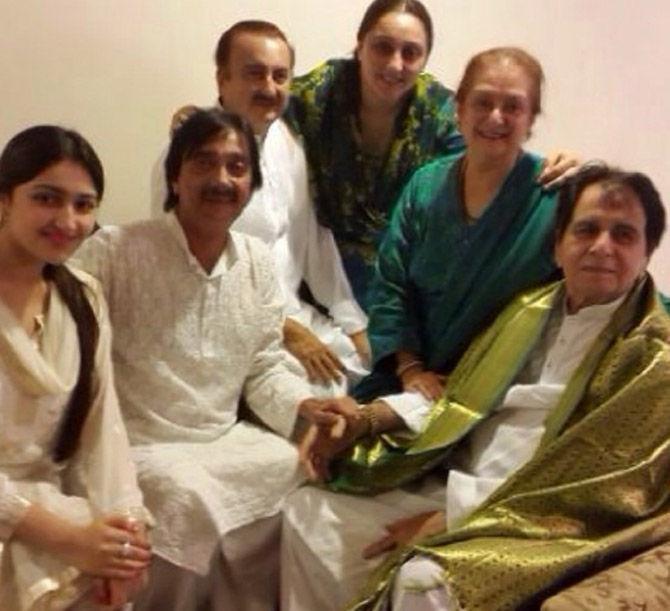 'My favourite Dilip Kumar film is Mashaal (1984) and as far as Saira Nani goes, I loved her in Purab Aur Paschim (1970). If the latter is remade, I would like to reprise her role,' Sayyeshaa told mid-day. Pictured: Sayyeshaa with Dilip Kumar, Saira Banu, Shaheen Banu and other family members 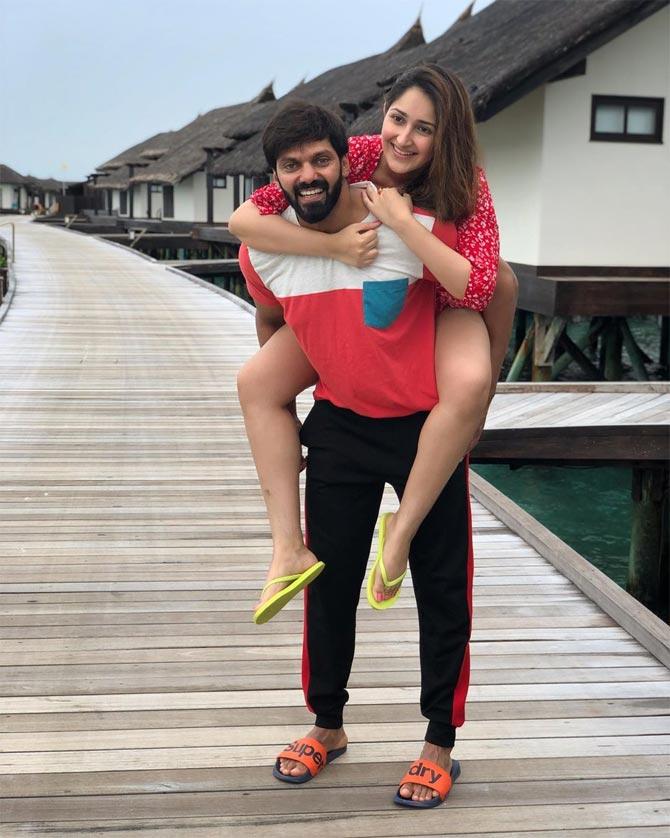 Sayyeshaa married Kollywood star Arya in March 2019. Sayyeshaa and Arya fell in love on the sets of their film Ghajinikanth, which released in 2018 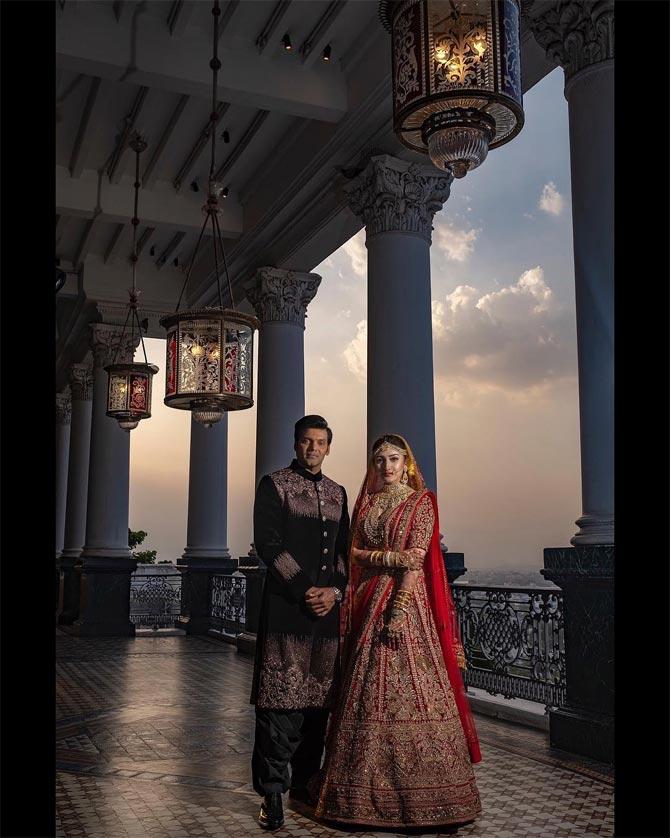 The couple had an intimate wedding celebration with a selective list of friends and family invited to be a part of their special day. Rana Daggubati, Sanjay Dutt, Tamil superstar Suriya and brother Karthi also attended the wedding 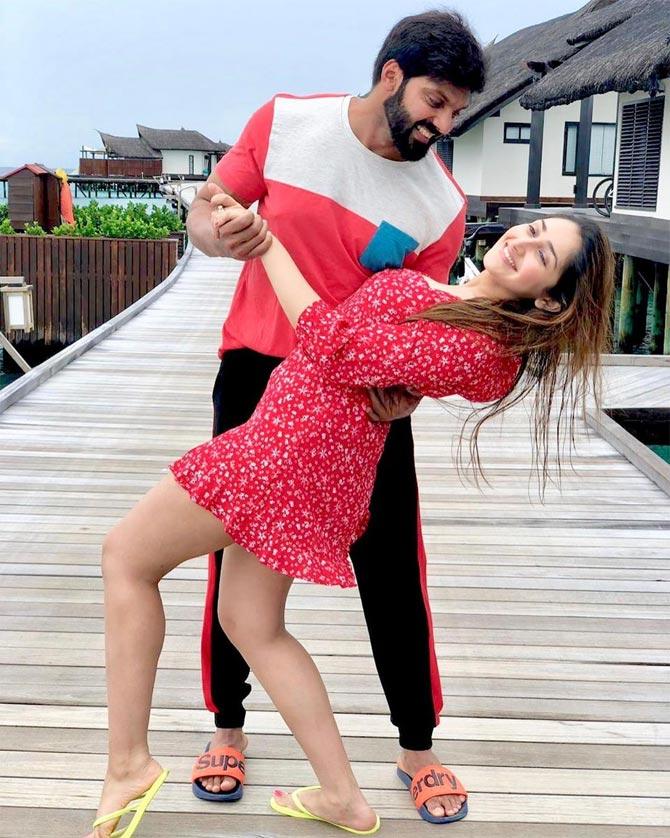 Sayyeshaa and Arya exchanged wedding vows on March 10, 2019, at Hyderabad's Taj Falaknuma Palace. It has been a year since the star couple got married, and Sayyesha posted a sweet wish for husband Arya. 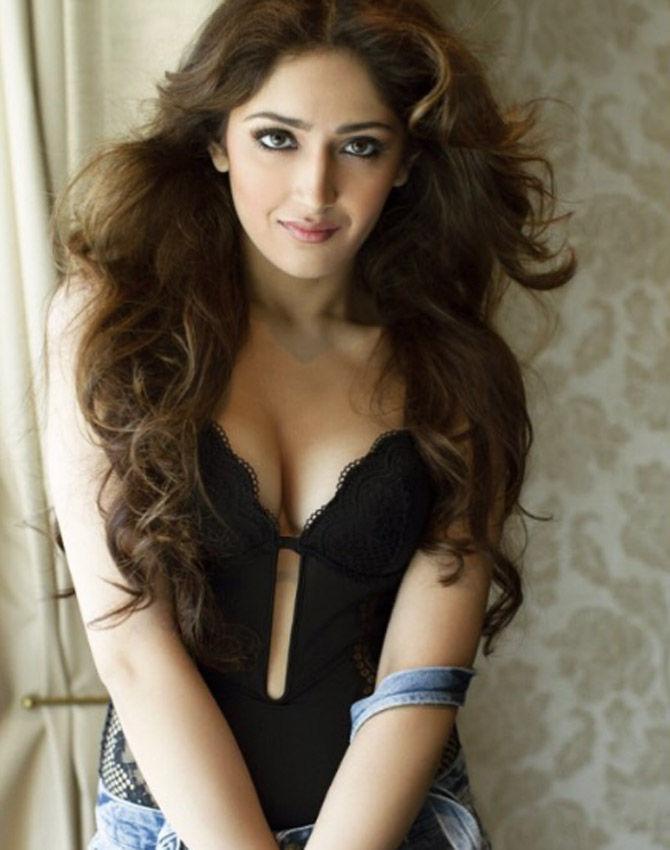 'Happy Anniversary to the man who completes me in every way possible! Life without you is unimaginable jaan. Love, excitement, stability and companionship all at the same time! I love you now and forever!,' wrote Sayyeshaa on her Instagram page Sayyeshaa has also worked with Arya in Kaappaan starring Suriya, even though they were not paired with each other. The couple is once again uniting for the movie Teddy, which is directed by Shakti Soundararajan 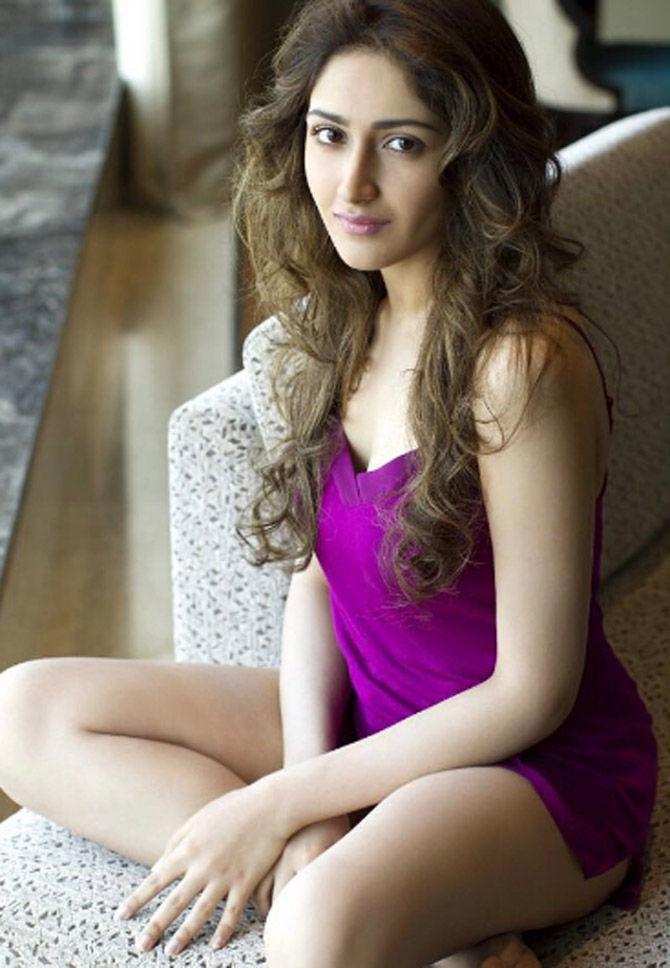