The Kapoor family is one tight knit family. The family has been a part of the Hindi film industry for generations and has played a huge role in shaping Indian cinema. The family often get together for festivals and other occasions. On Tuesday night, members of the family gathered for a round of good food and conversation. Karisma Kapoor shared glimpses into what a Kapoo fam-jam night looks like. (All Photos/Karisma Kapoor's Instagram) 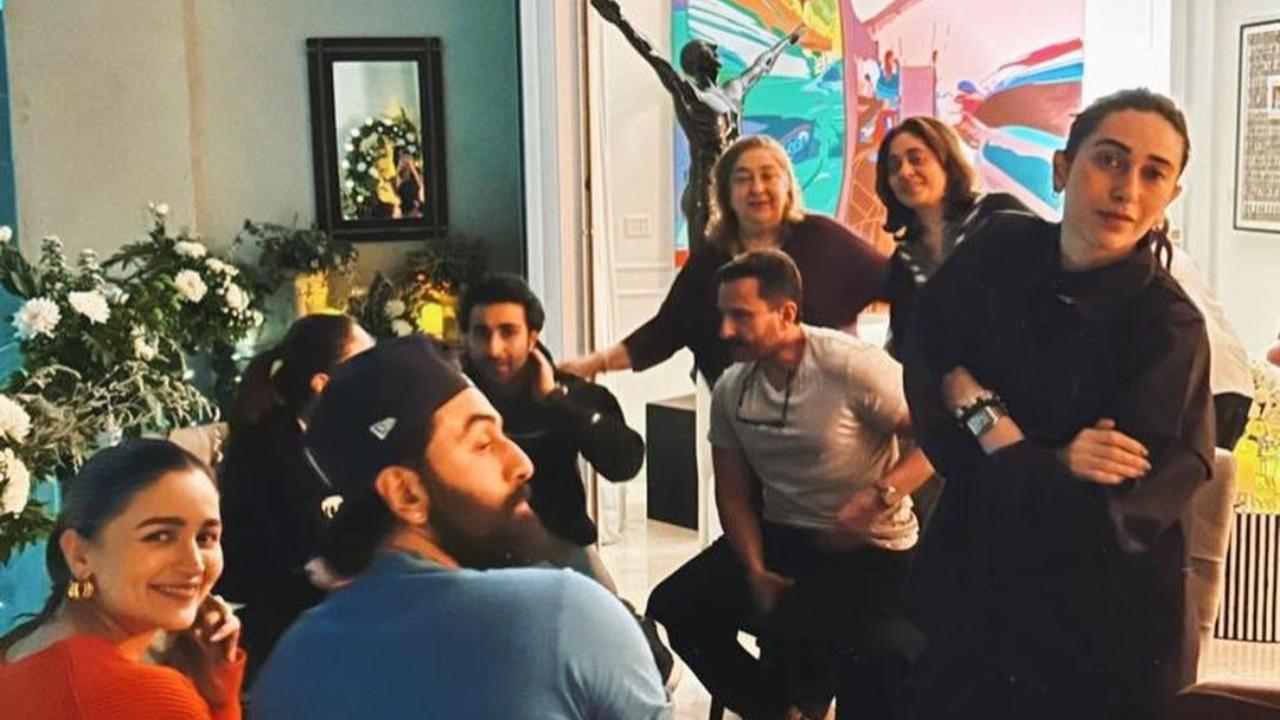 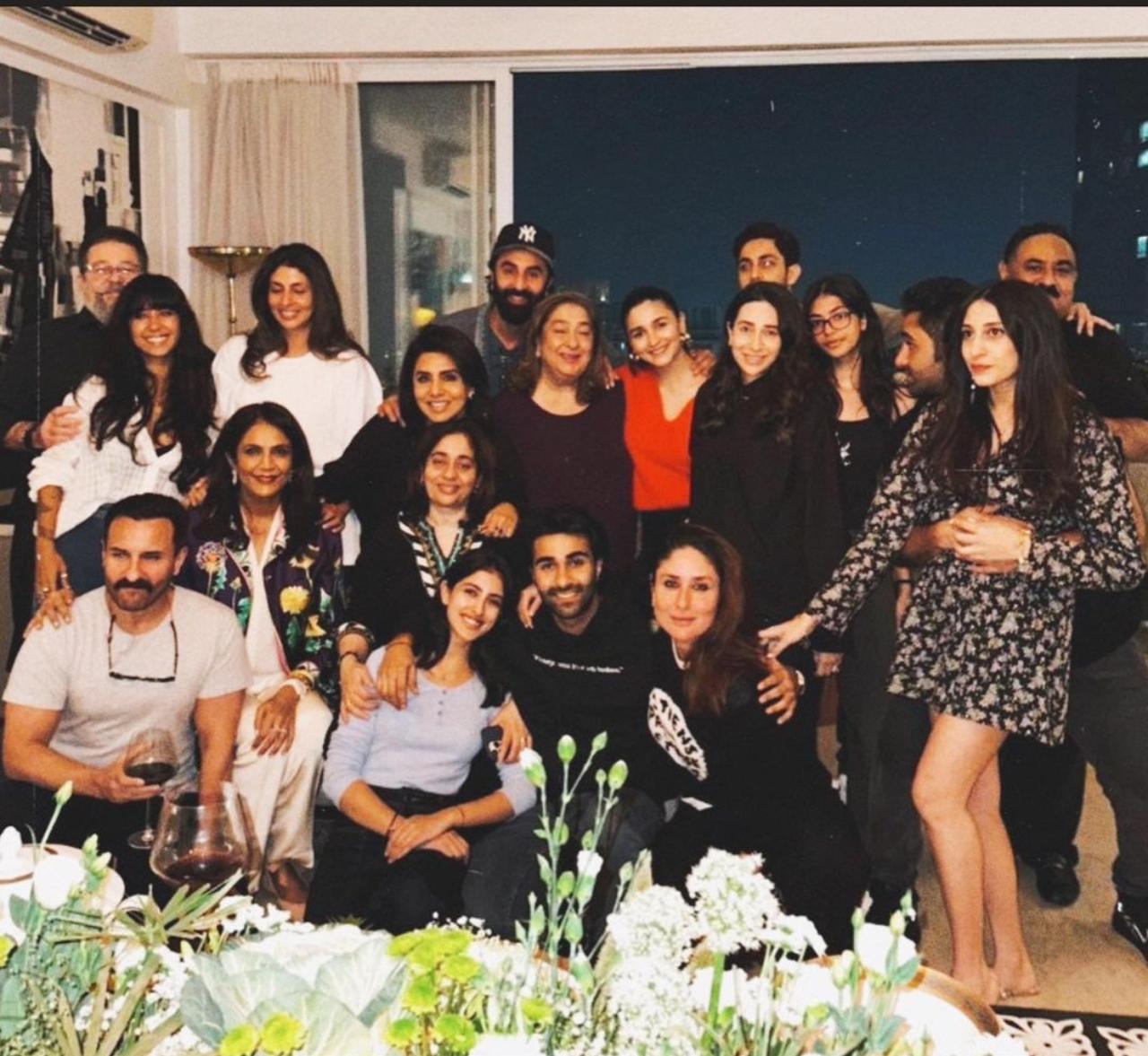 Mid-week blues are real and what better way to get rid of them than celebrating with your near and dear ones. On Tuesday night, the Kapoor family gathered together for a night of food and good conversation 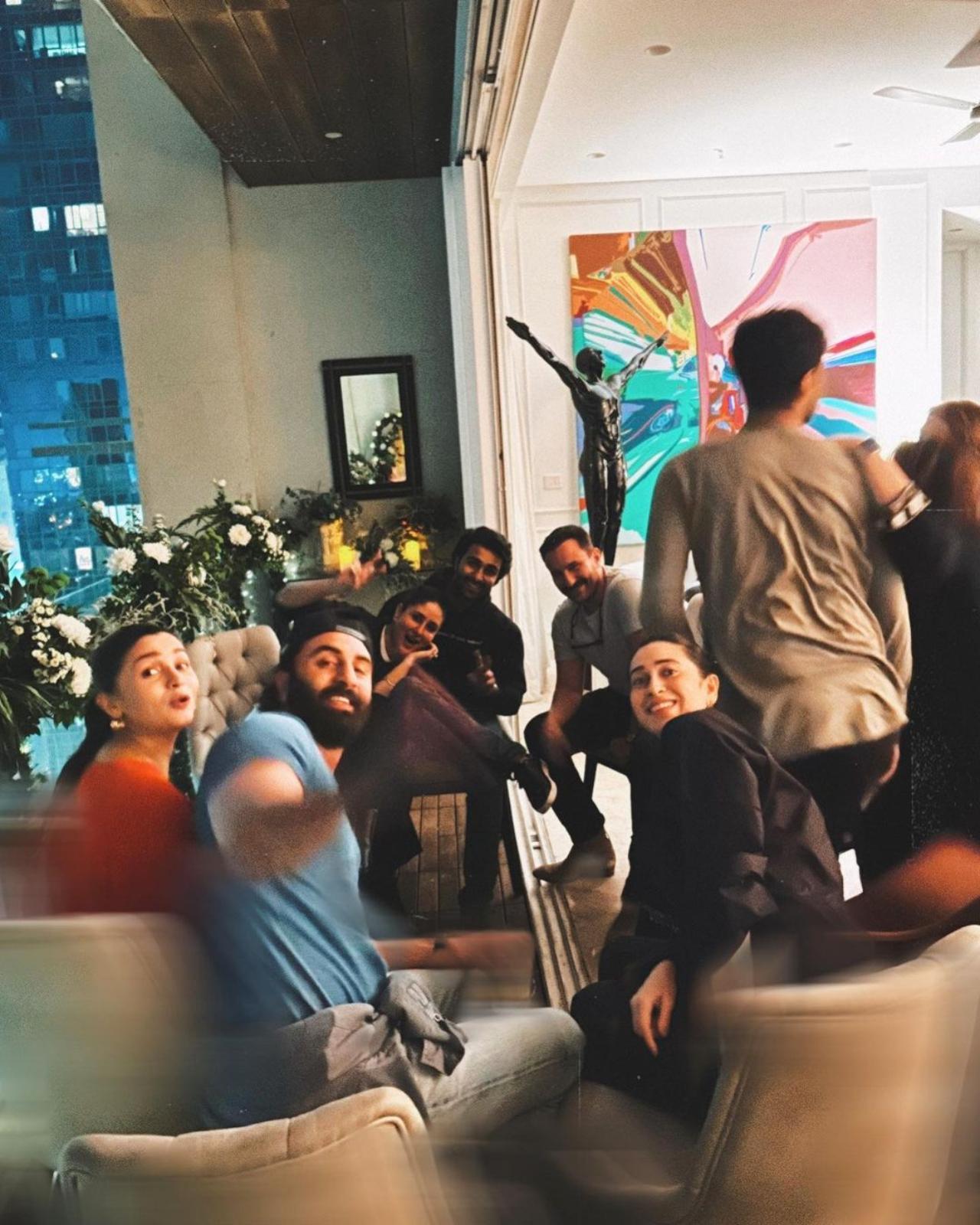 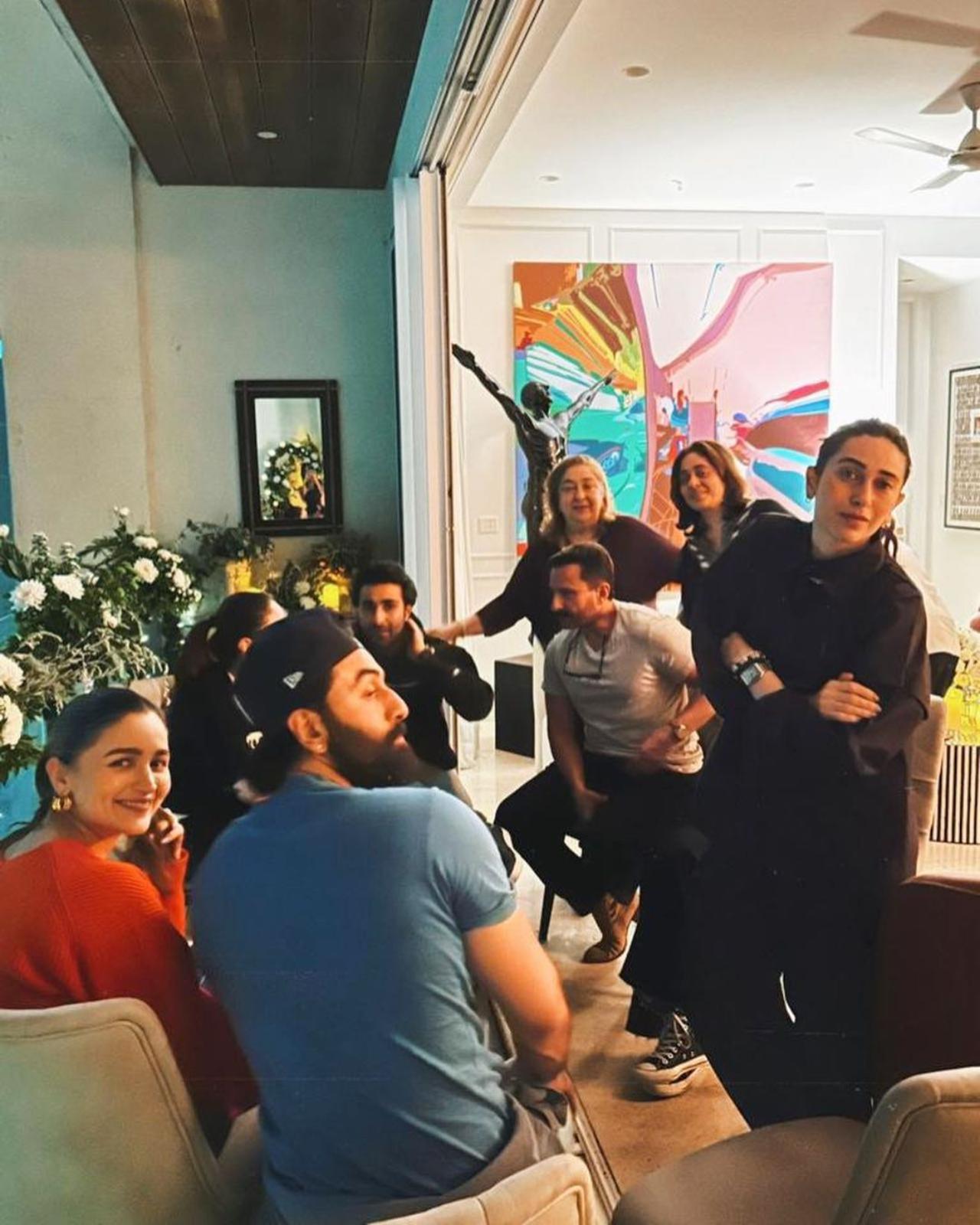 Karisma also shared a couple of blurry pictures where she along with Ranbir, Alia, Kareena, Saif, Armaan Jain are having a conversation and take a brief break from it to pose for the photograph 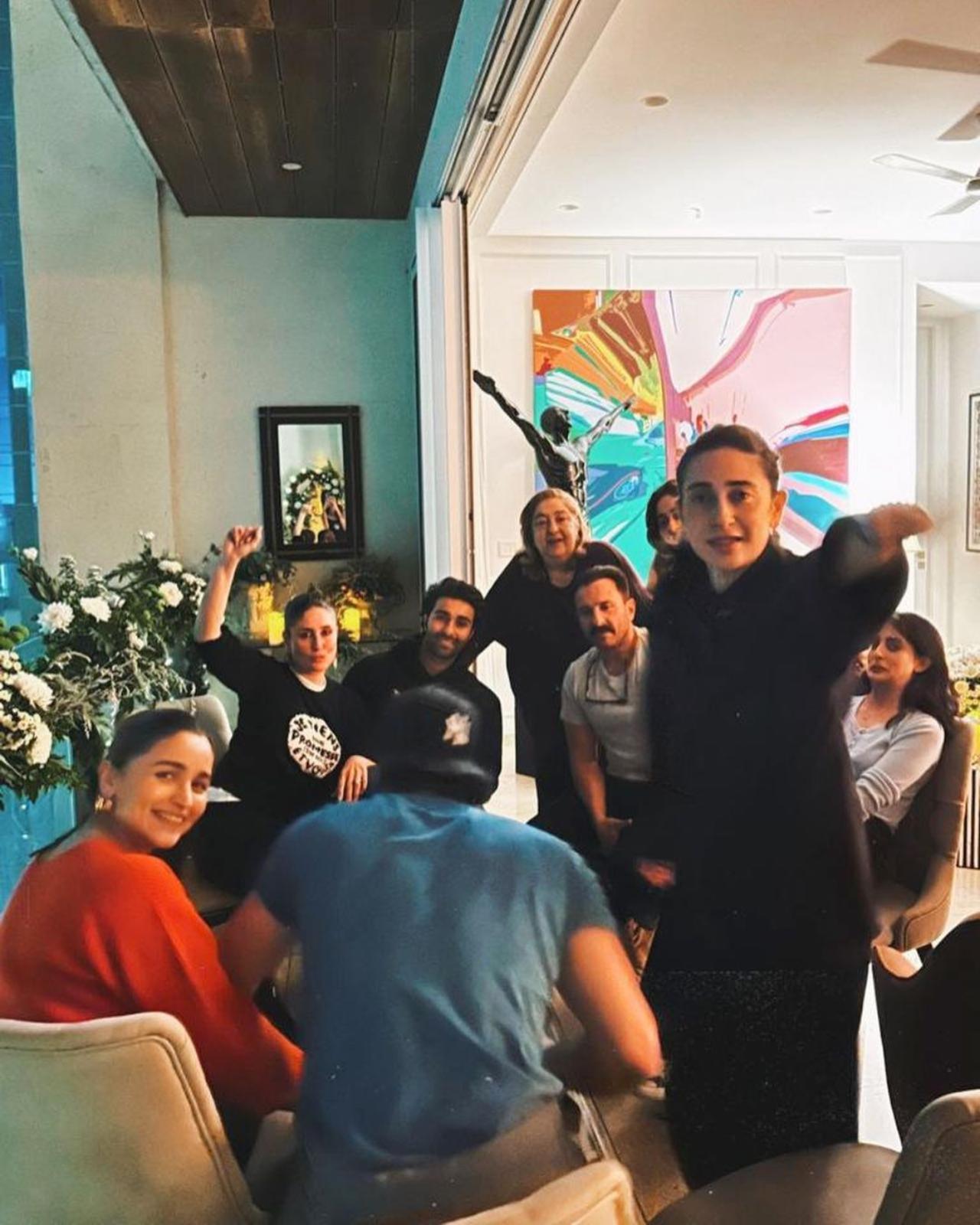 Agastya and Navya Naveli Nanda, who are kids of Amitabh Bachchan's daughter Shweta Bachchan are more frequently seen at Kapoor gatherings than before. Shweta Bachchan is married to Ranbir Kapoor's cousin Nikhil Nanda 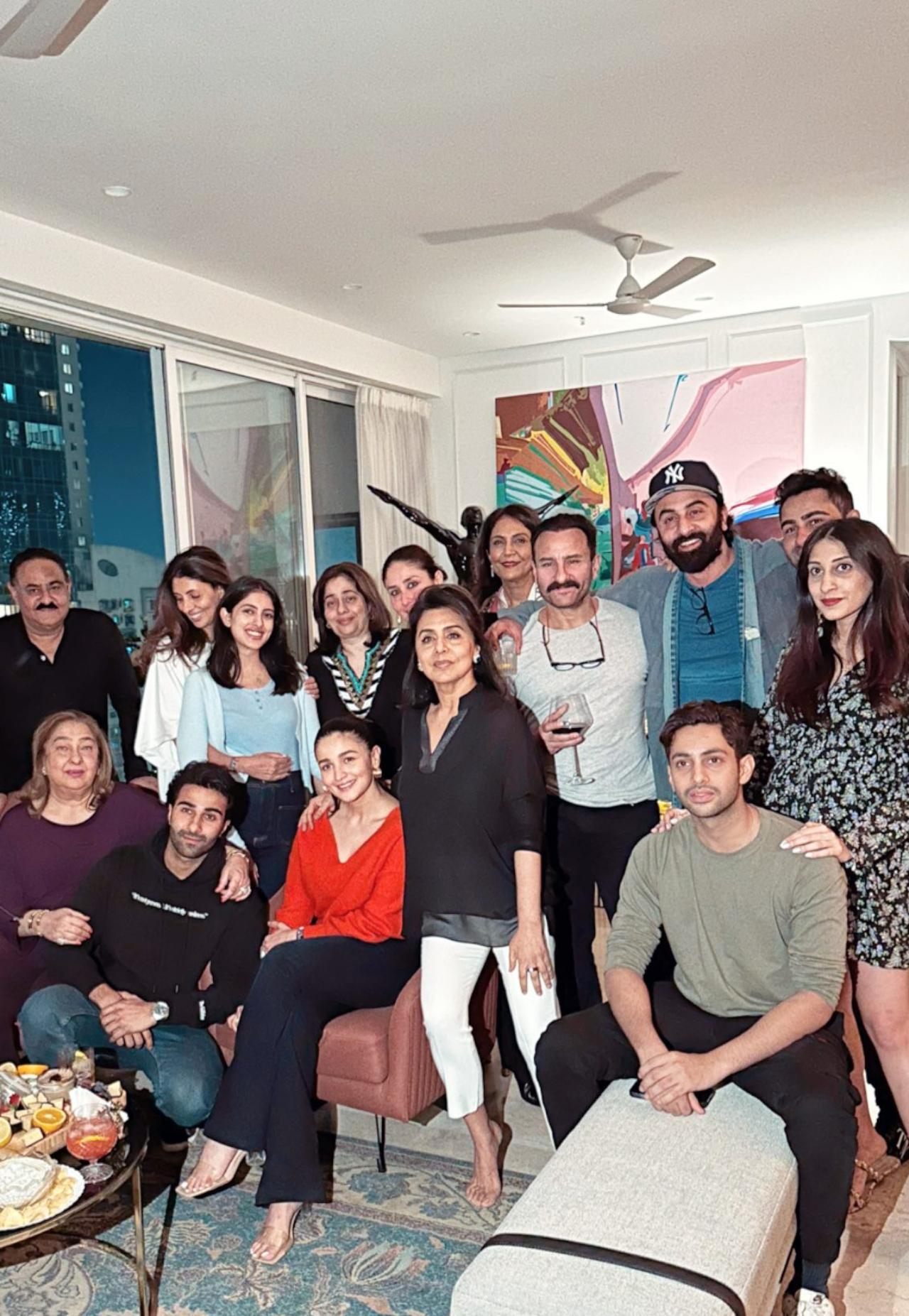 Aadar Jain also took to his Instagram handle to share a picture of their star studded family. The celebrations come on the night when Karisma Kapoor-starrer 'Brown' was announced as a part of the notable Berlinale Series Market Selects. It is one of the 16 titles from across 5 continents to be screened at the festival