In Pics: Deepika Padukone spotted at Mumbai airport days after reports of hospitalisation

Earlier this week, it was reported that actress Deepika Padukone was hospitalized in Mumbai after she complained of uneasiness. While the actress did not acknowledge the reports, she was spotted at Mumbai airport on Friday morning. (All Photos/ Yogen Shah) 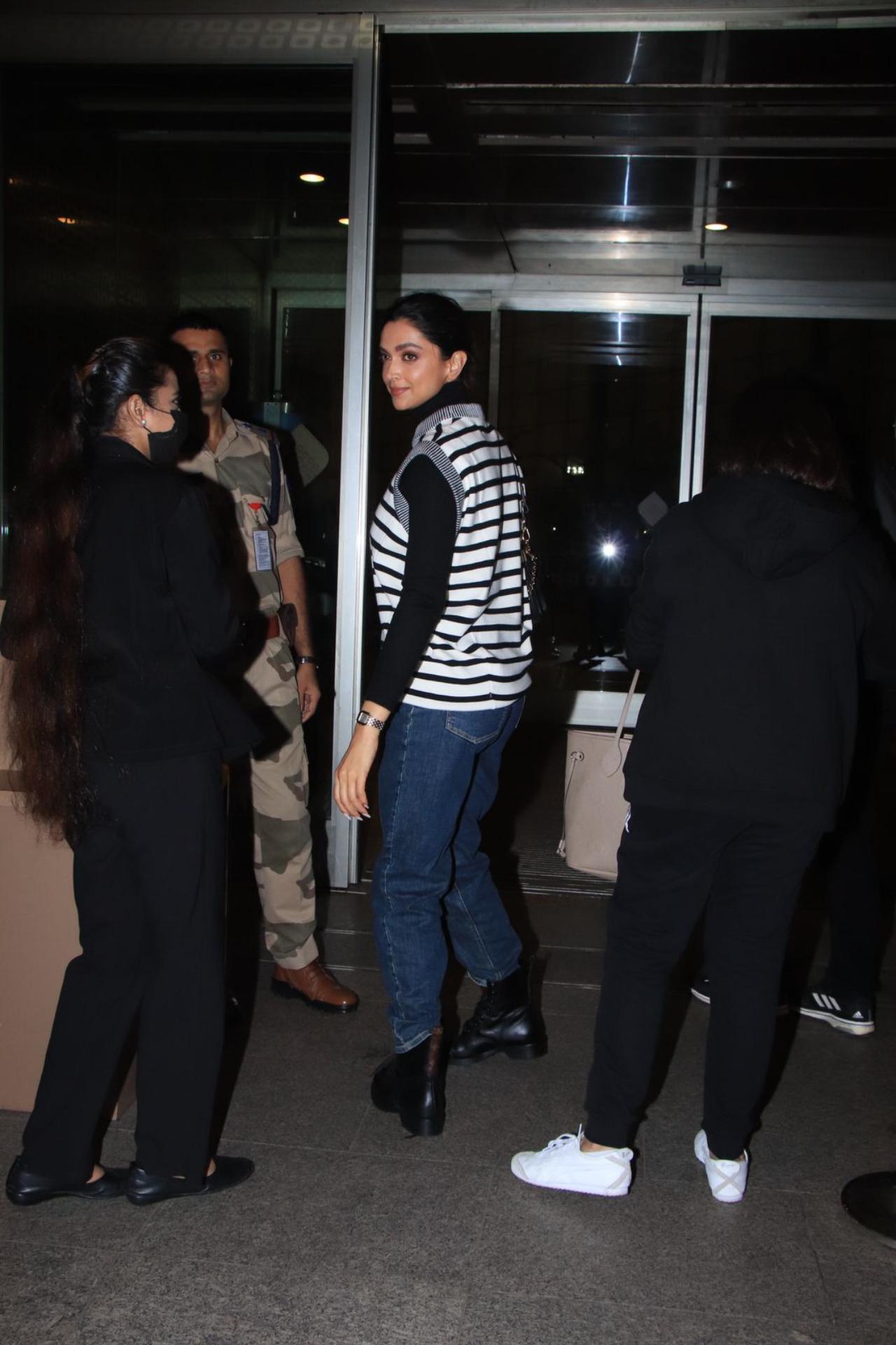 Deepika Padukone, who's in the news because of the speculation over being part of the cast of 'Brahmastra 2', was reportedly rushed to the Breach Candy Hospital here after she complained of uneasiness 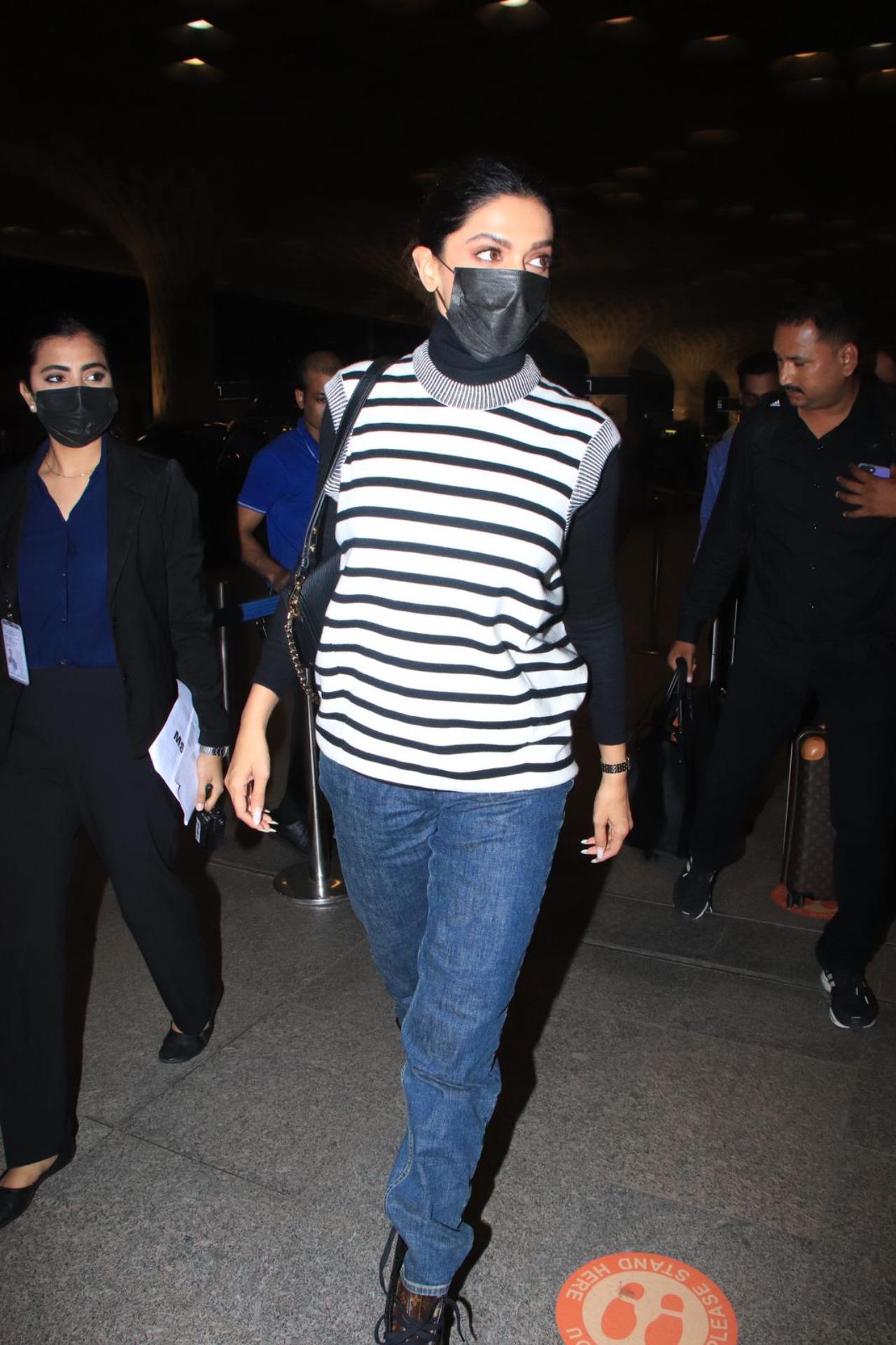 According to Pinkvilla, the actress underwent a number of tests in the hospital on Monday evening. The report added that Deepika is feeling better now. No statement on her health condition has come from her team 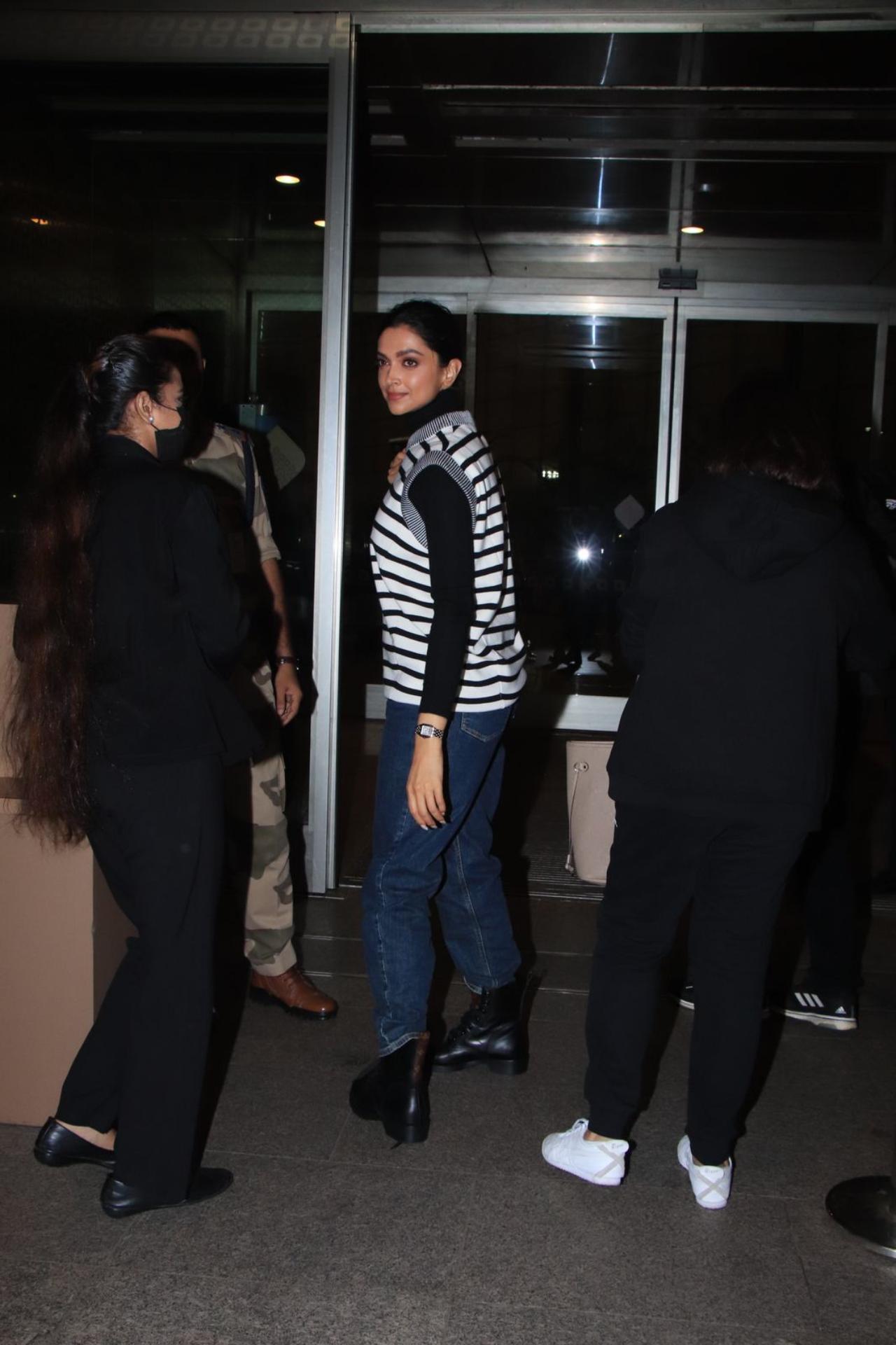 Earlier, she had a health situation on the sets of the Nag Ashwin film 'Project K' with Telugu star Prabhas and Amitabh Bachchan 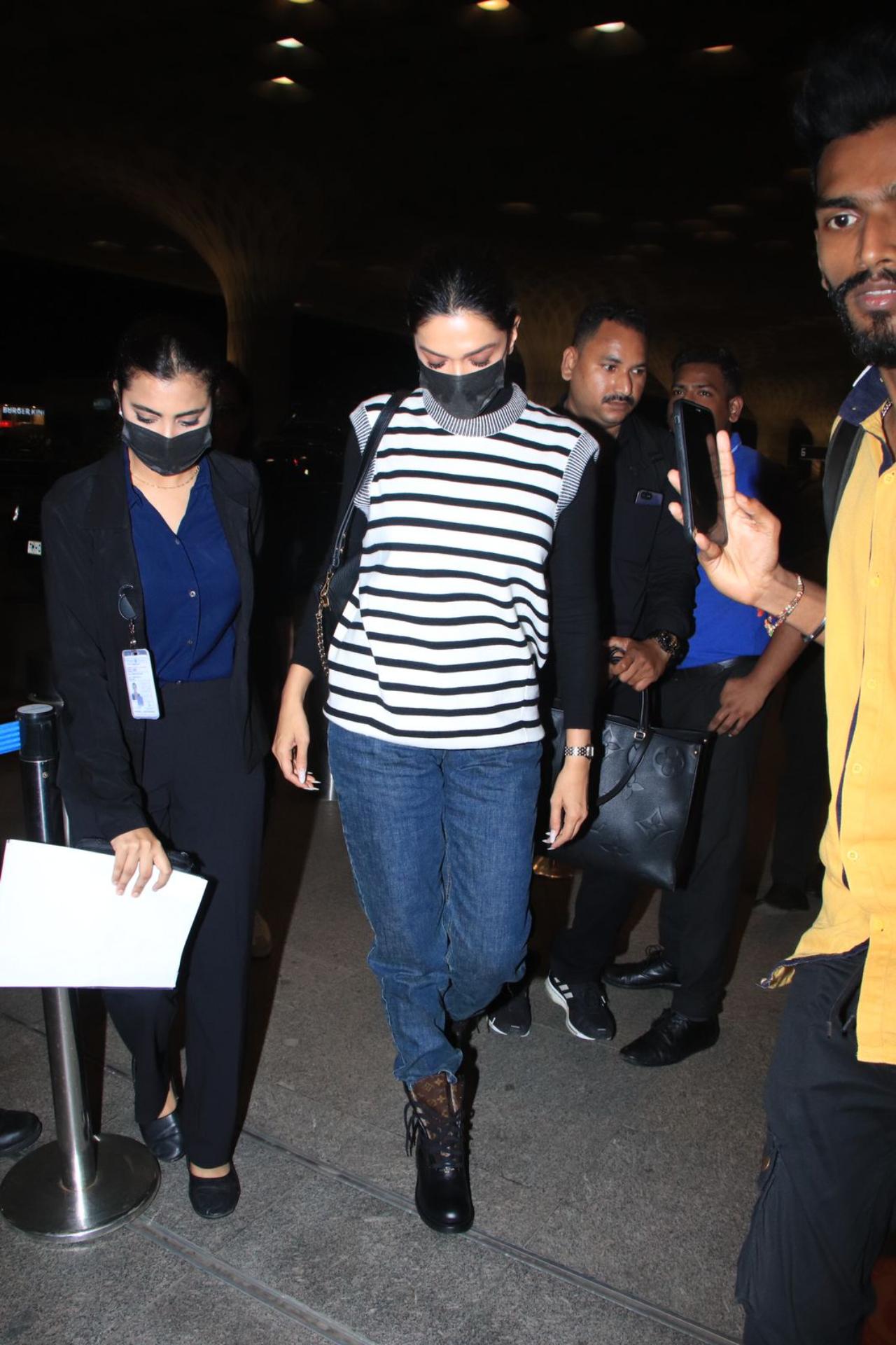 The actress had earlier battled depression and had been quite vocal about it. To put her thoughts into action, she also runs the Live, Love, Laugh Foundation to create awareness about mental health, reduce the stigma associated with mental illness, and provide access to credible resources for those suffering 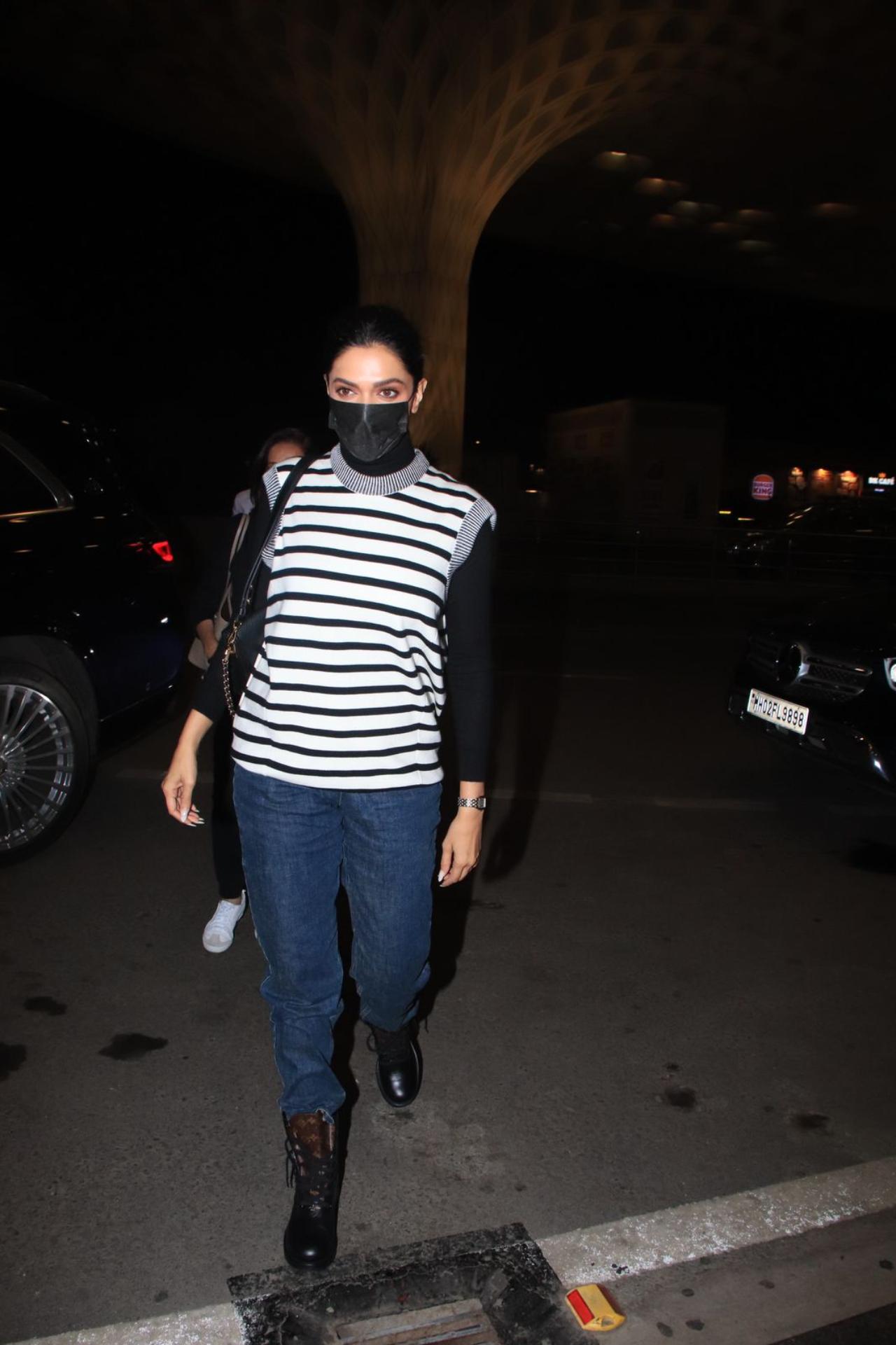 On Friday morning, Deepika was spotted at the Mumbai airport. She smiled for the paparazzi before making a headway to the airport