It's time for Brahmastra. Within a few hours, the film will be available in theatres for the audience to enjoy. Ahead of the global theatrical release of the magnum opus, Ranbir Kapoor and Alia Bhatt along with director Ayan Mukerji attended the fan screening of Brahmastra in Mumbai. (All Photos/ Yogen Shah) 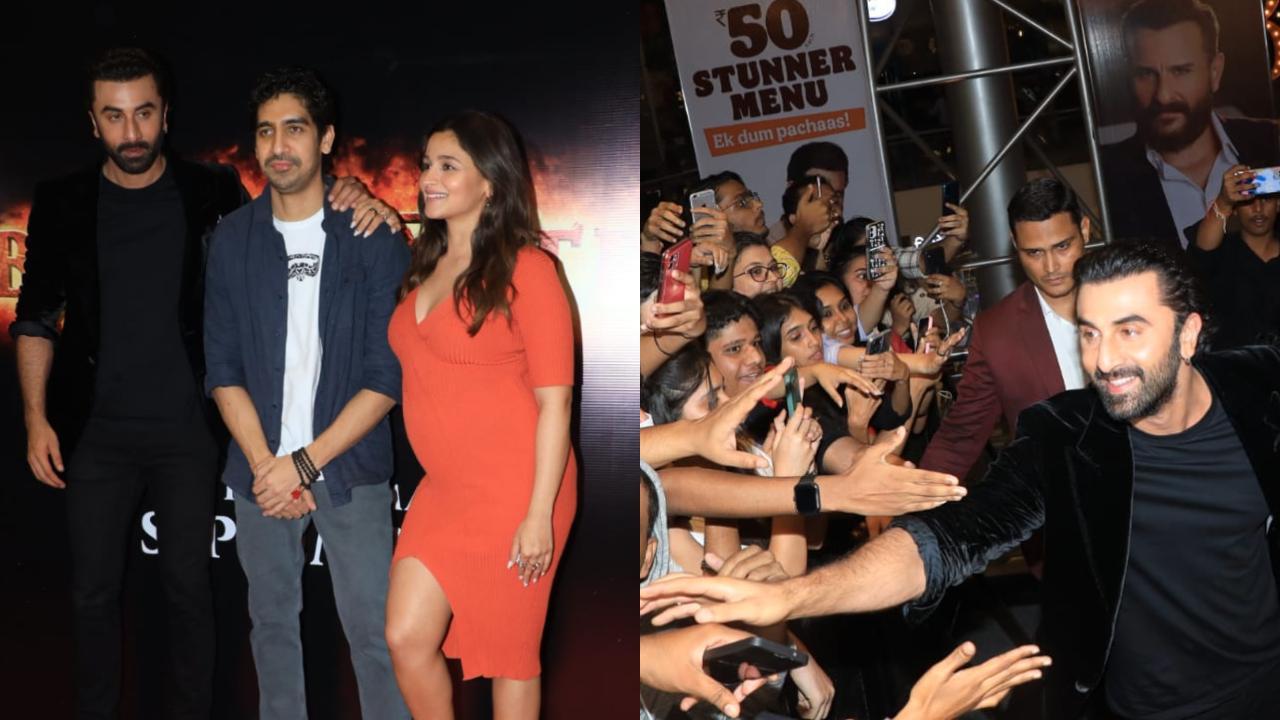 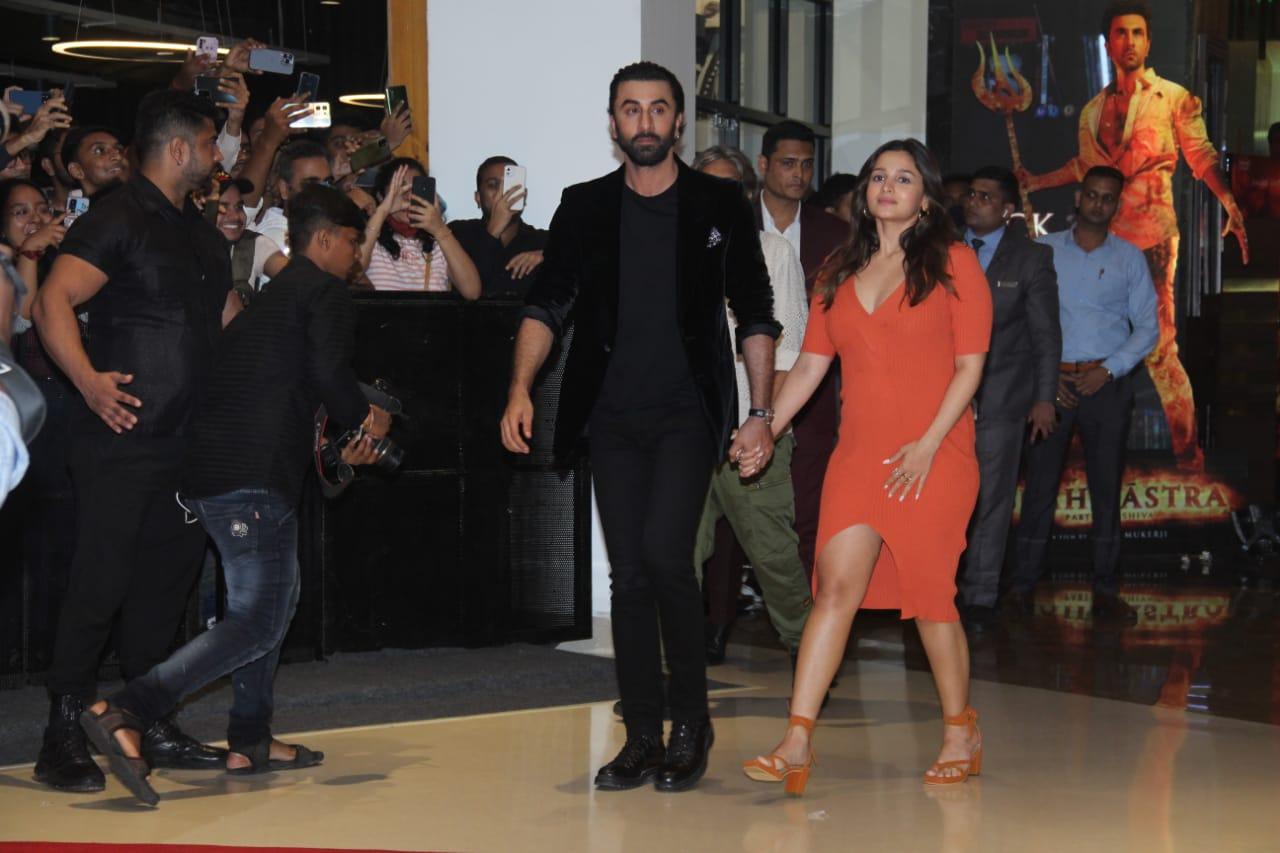 Two days back, the team of Brahmastra had announced a special fan premiere night in Mumbai for the film. The tickets were immediately sold out forcing the team of the film to add another premiere show. On Thursday evening, Ranbir, Alia, and Ayan were spotted at a theatre in Mumbai to watch the film with fans 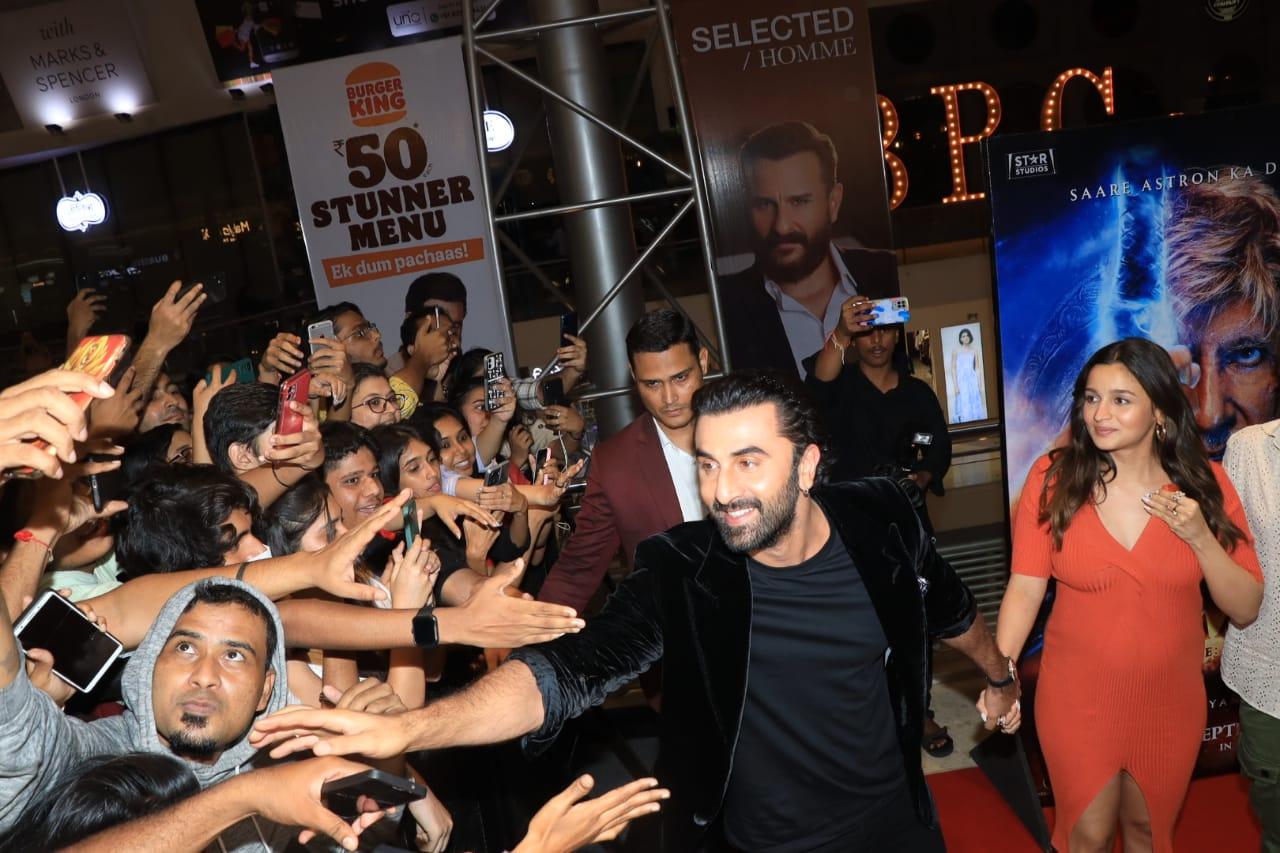 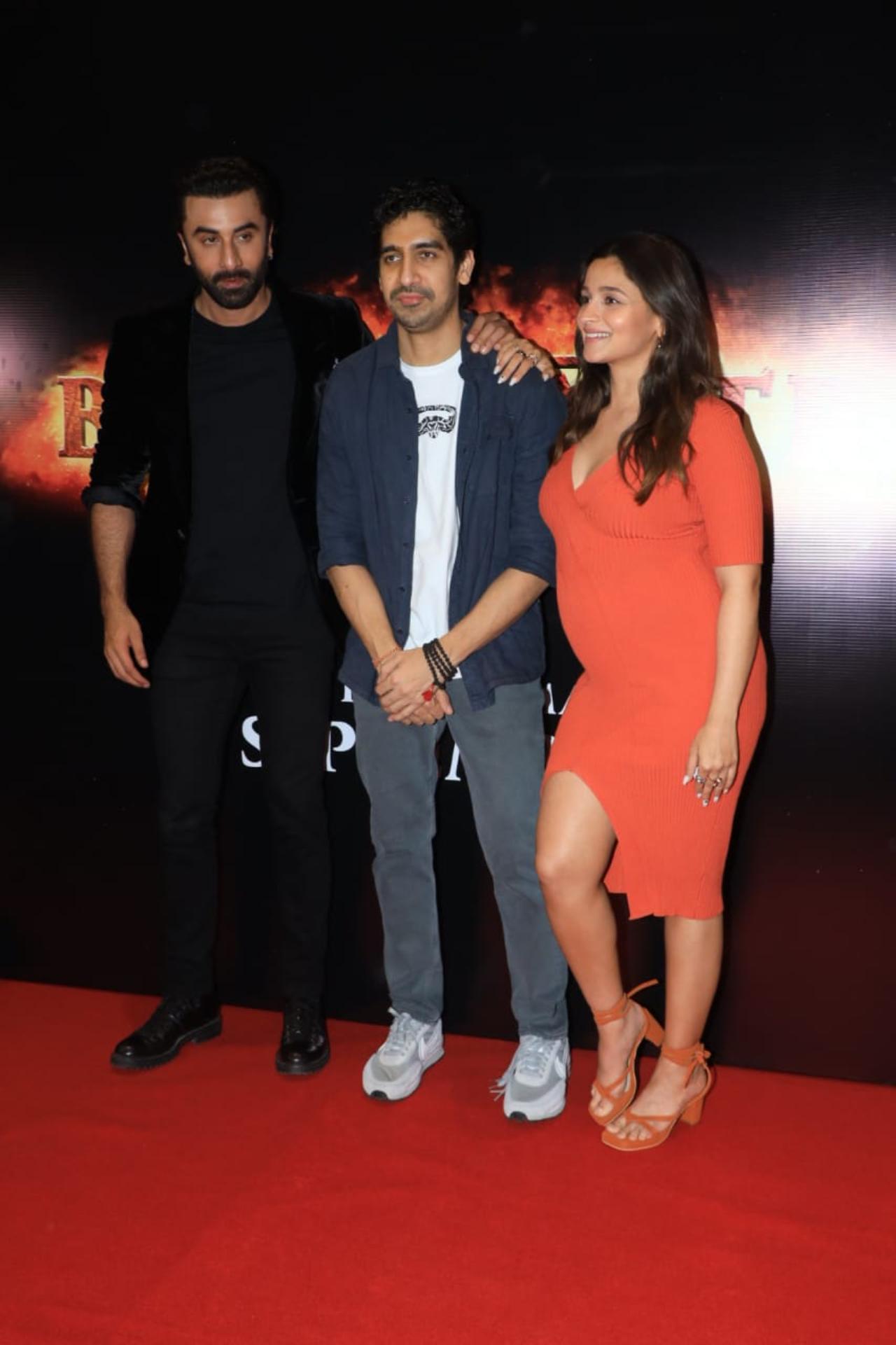 For the special evening, Alia looked gorgeous in a dress body-hugging dress, flaunting her baby bump. Ranbir looked suave in a black suit, while Ayan kept is casual in a white t-shirt with a blue shirt over it and paired it with a  pair of jeans 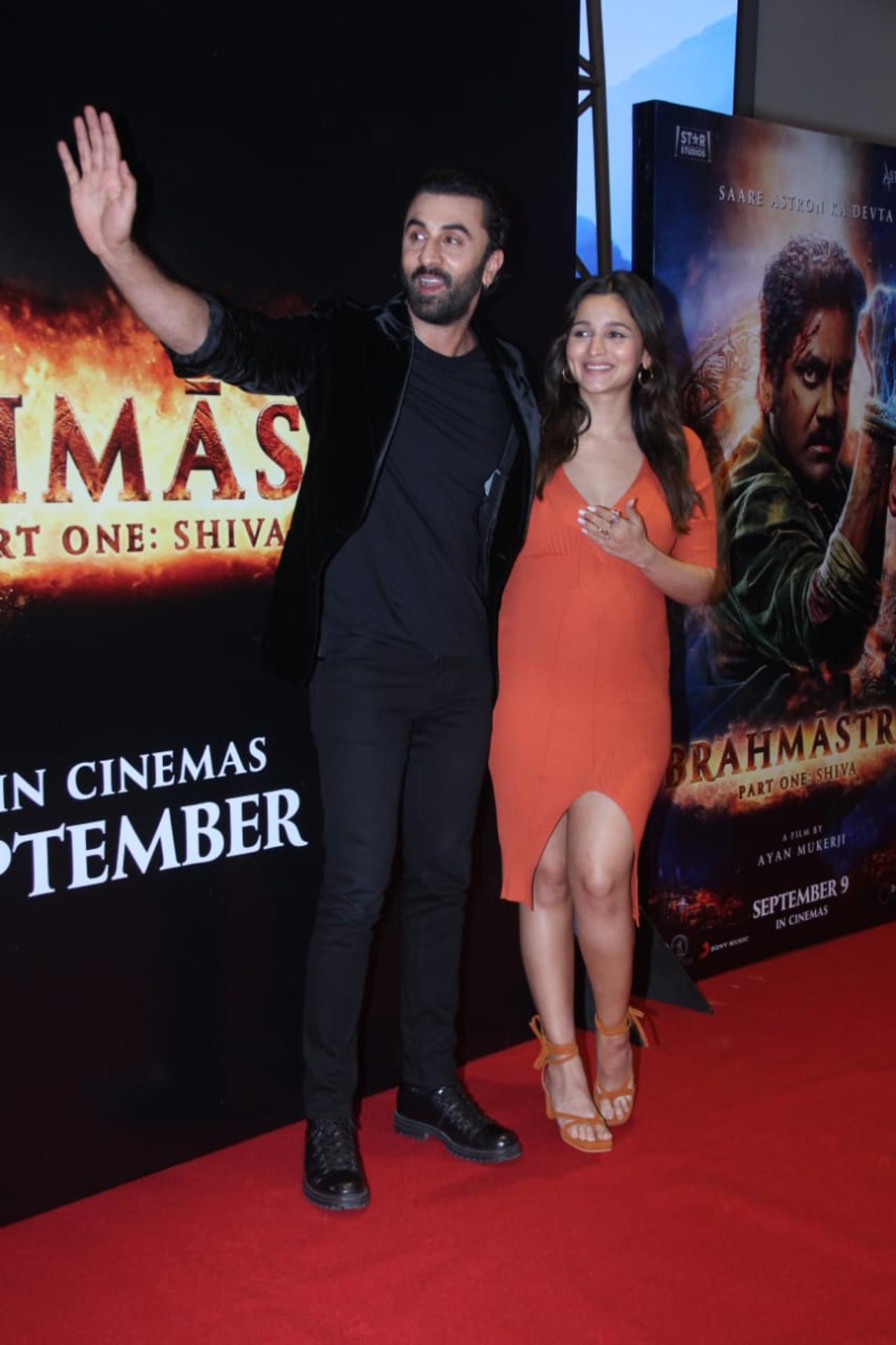 Brahmastra also stars Amitabh Bachchan, Nagarjuna, and Mouni Roy. The film also has a cameo by Shah Rukh Khan. After five years in the making, the film is now for the audience to relish 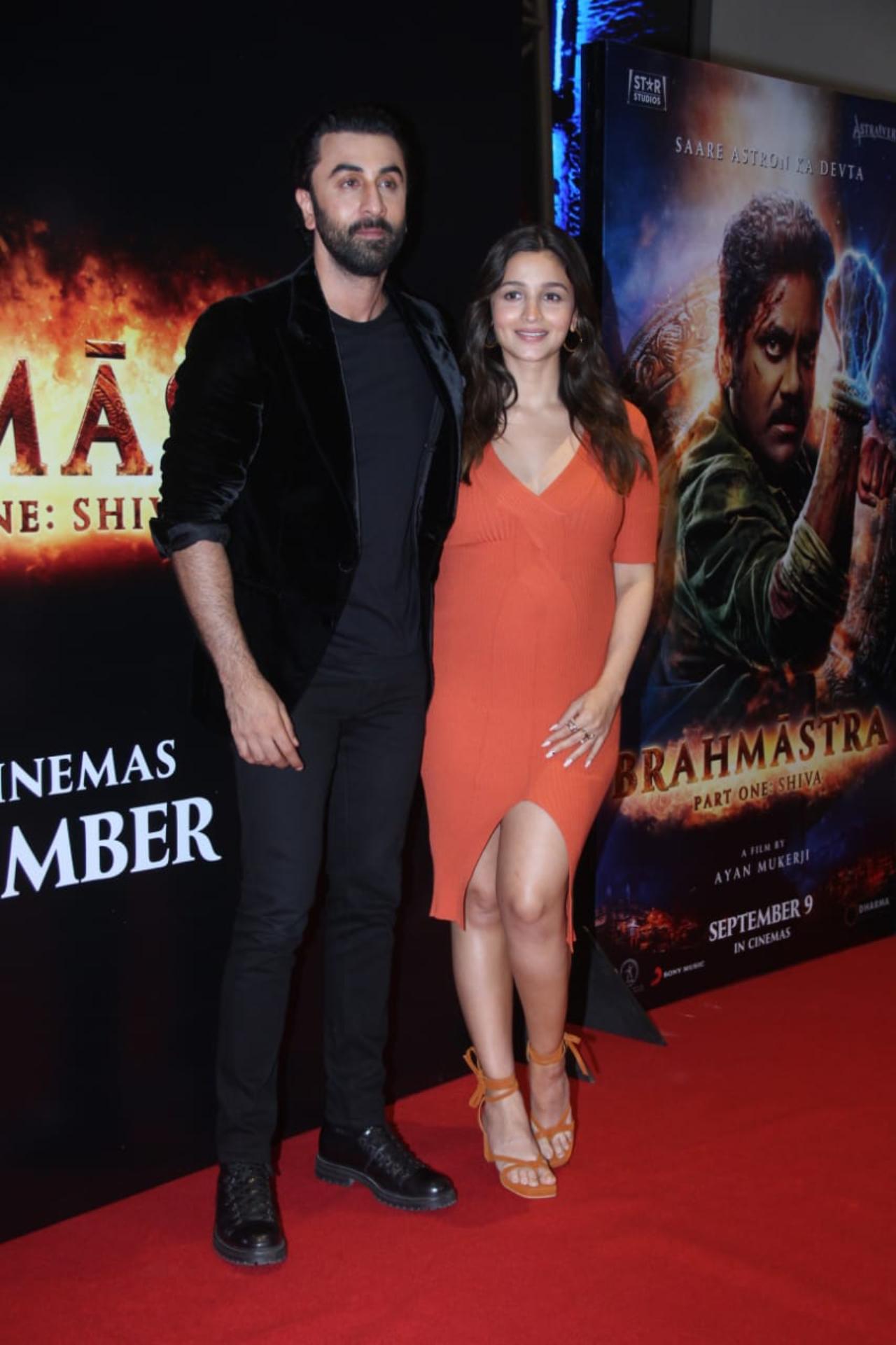