As the special preview of Vikram Vedha took place a day before its trailer launch, the makers added to the fans' excitement by dropping a new film poster. For the first time ever in Indian cinema history, the trailer of a tent pole film was exclusively previewed for fans in Cinemas in multiple cities across India and Dubai (All photos/PR) 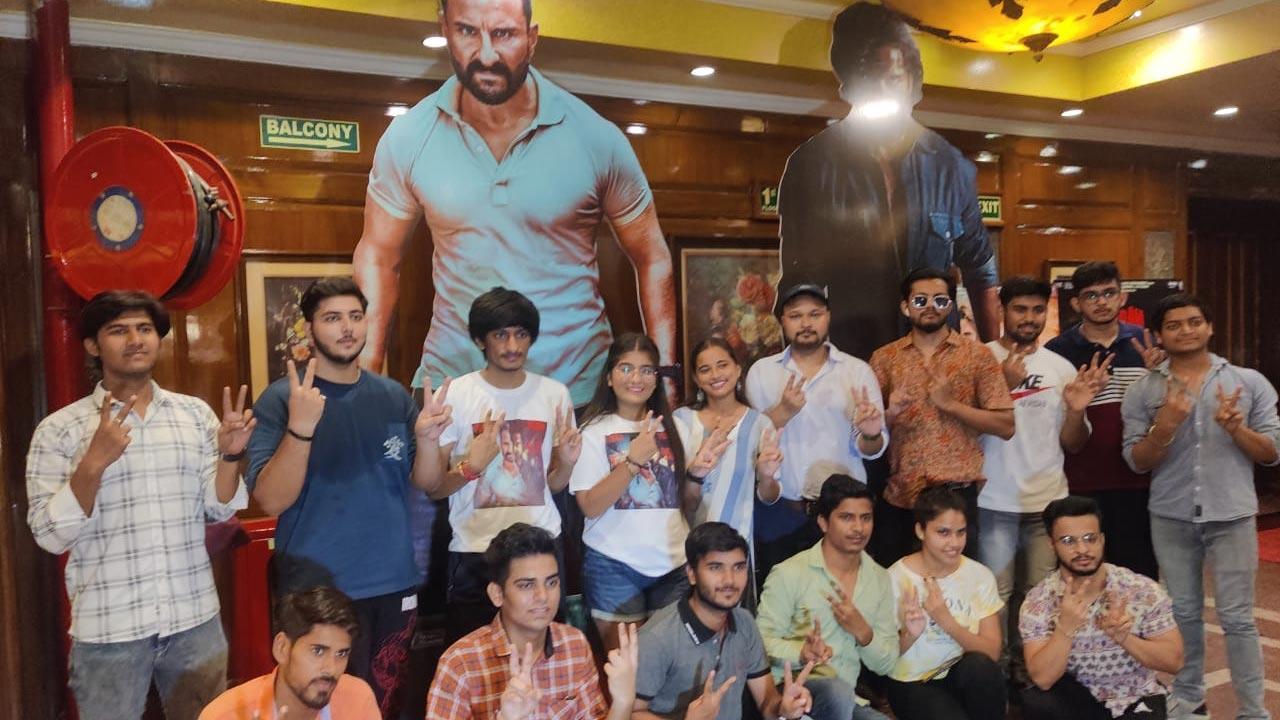 The team of Vikram Vedha organized an exclusive preview today, for the fans of the cast a full day prior to its official launch on September 8th. This kind of initiative was undertaken for the first time ever in the history of the Indian film industry 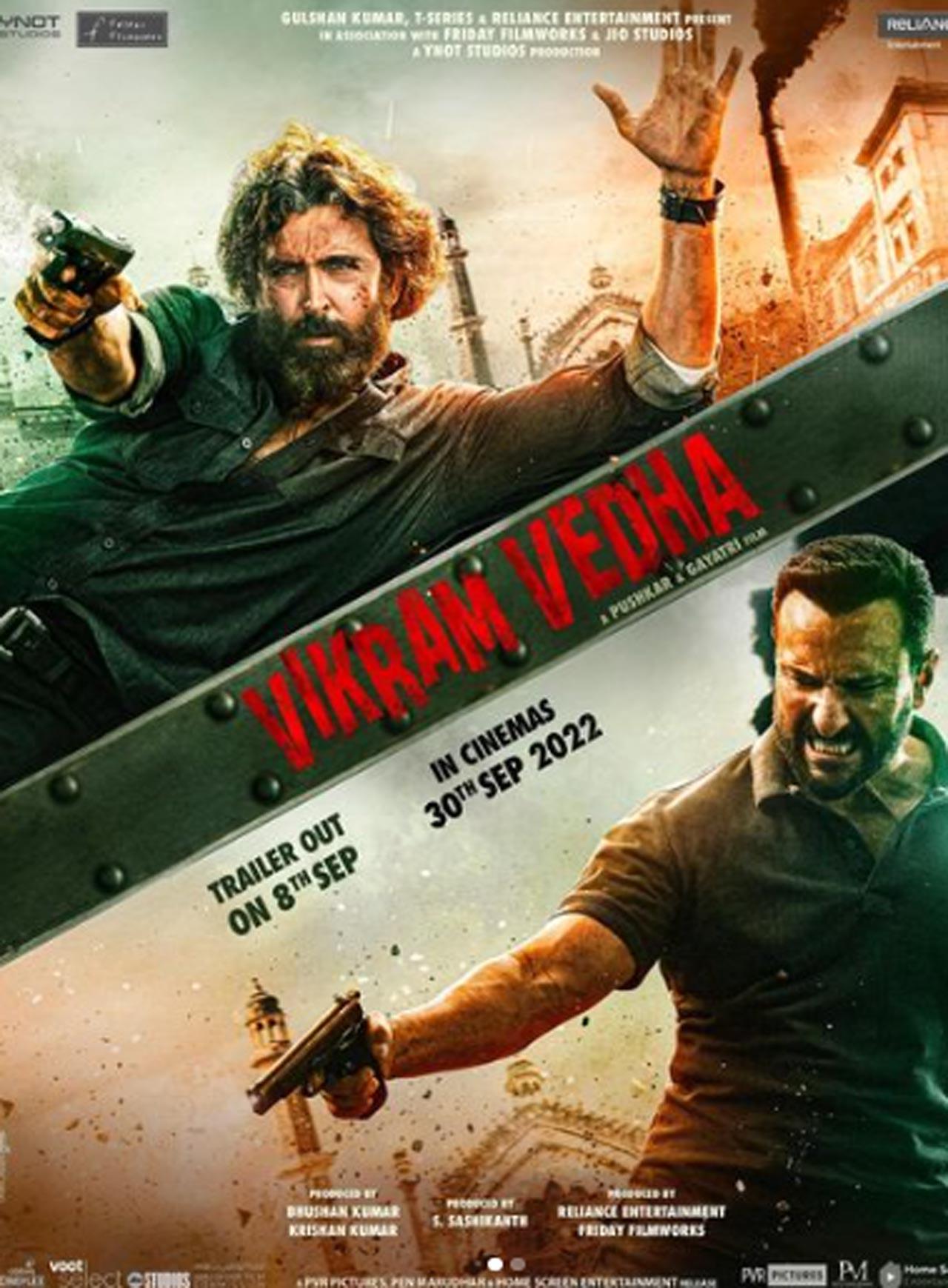 As the audience eagerly awaits the big screen entertainer Vikram Vedha, the previews have increased the fans' excitement to newer levels. The exclusive preview also featured customised messages from the lead cast Hrithik Roshan and Saif Ali Khan for the fans in various cities 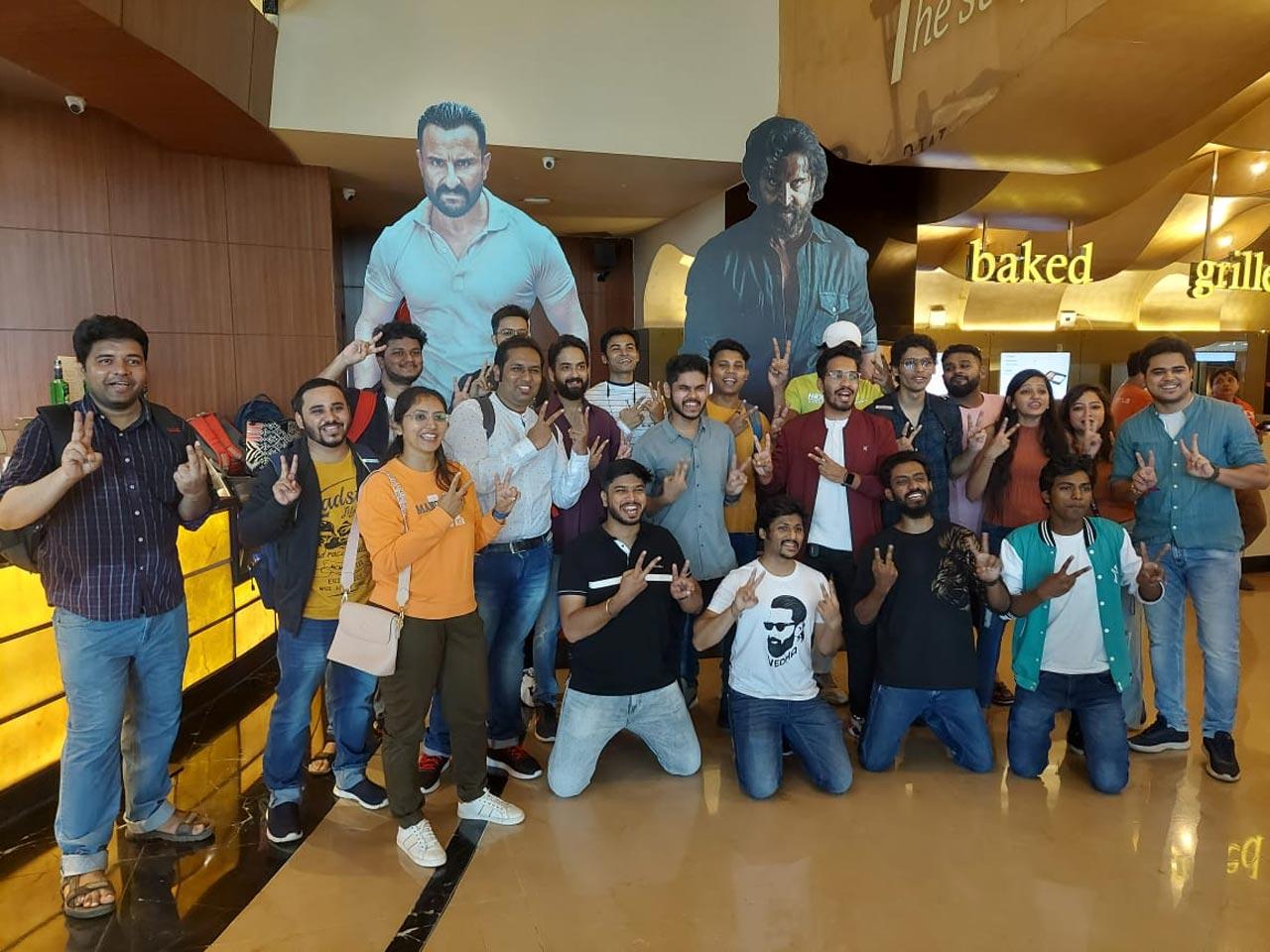 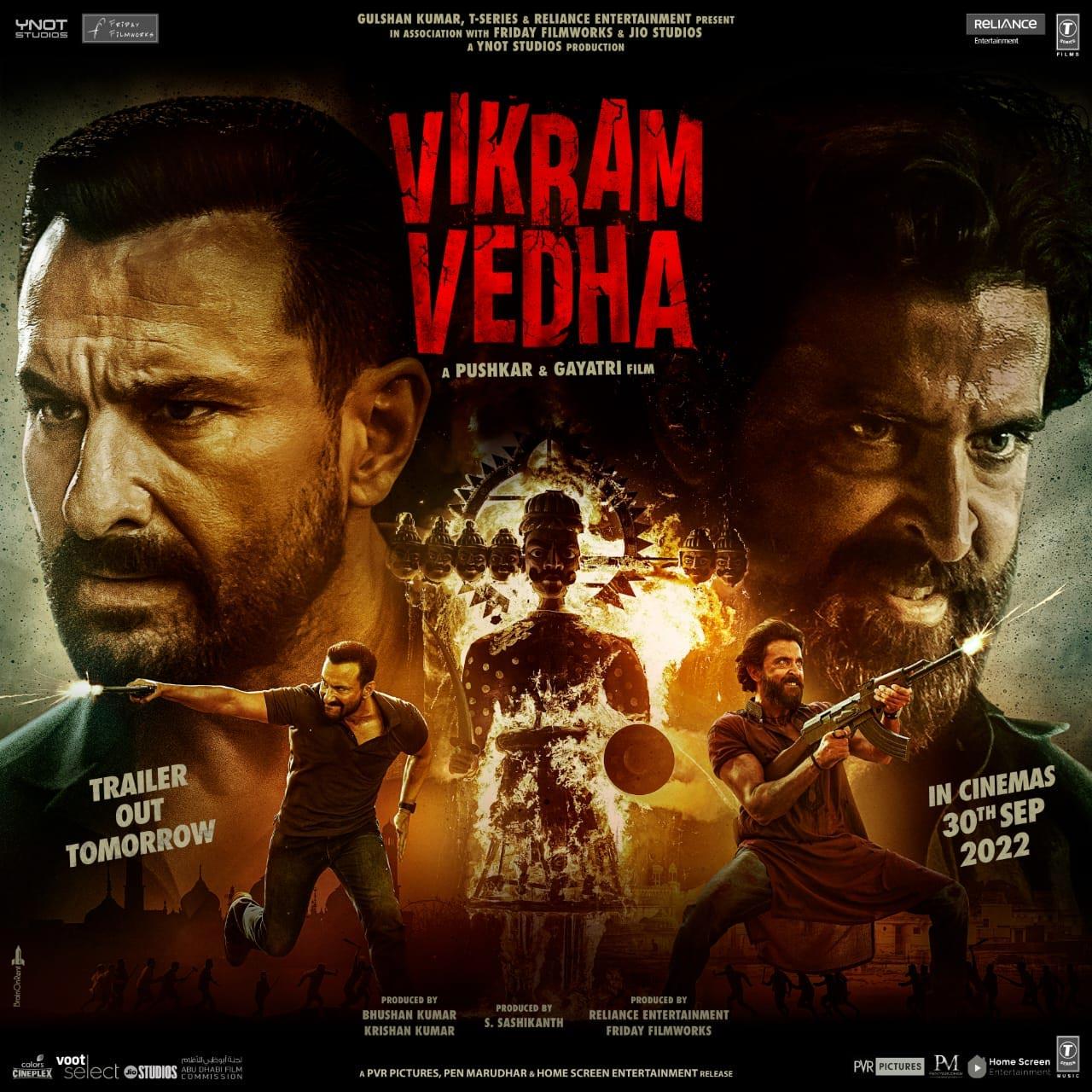 Vikram Vedha is presented by Gulshan Kumar, T-Series, and Reliance Entertainment in association with Friday Filmworks and Jio Studios and a YNOT Studios Production. The film is directed by Pushkar and Gayatri and produced by Bhushan Kumar,  S. Sashikanth and Reliance Entertainment.  Vikram Vedha will hit the big screens globally on 30th September 2022