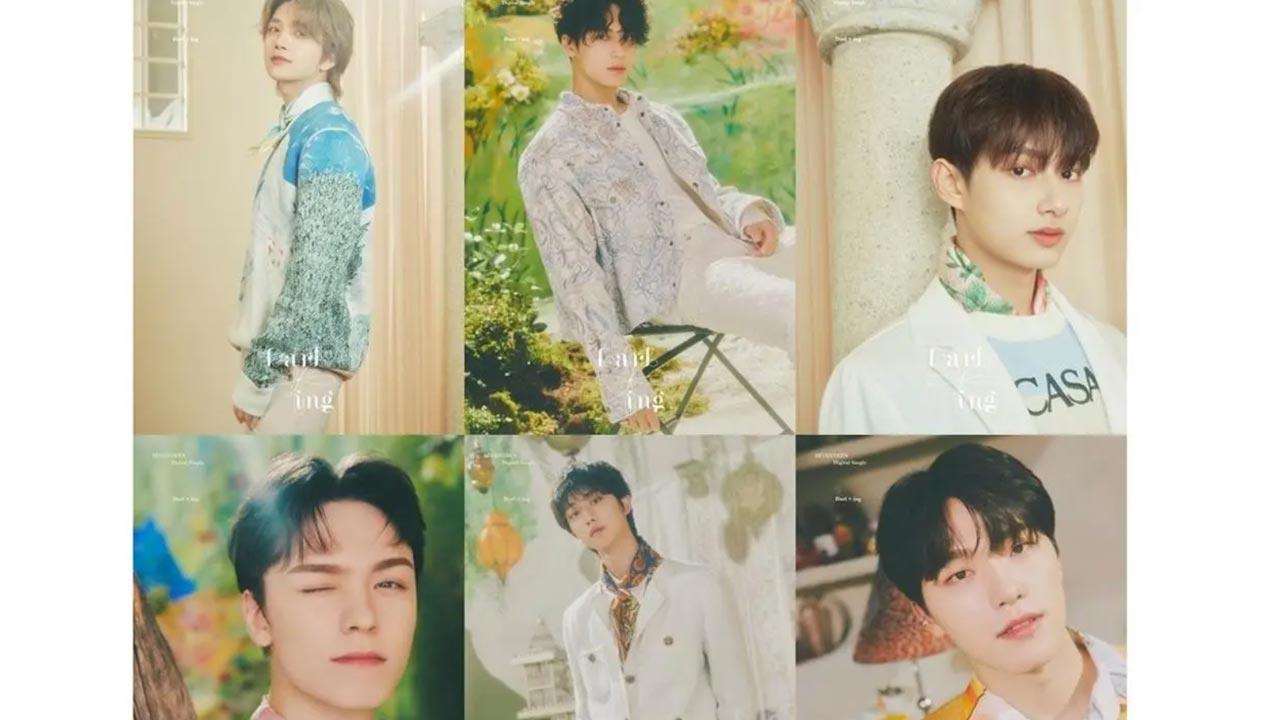 
Boy group Seventeen returned with its fourth full-length album titled 'Face the Sun' on Friday, unveiling an ambition to become as "hot" as the sun in the K-pop scene. The album marks the band's first since its last EP, 'Attacca', in October 2021 and the first studio album in two years and eight months.

"I think it will be a meaningful album," band leader S.coups said at a press conference to mark the release, reports Yonhap News Agency.

"It feels great that we are a group with four full albums. I think we were able to release the fourth LP thanks to you, CARATs," he said, referring to the name of the band's international fandom.

Mingyu said 'Face the Sun' candidly depicts the band's ambition to be an important presence like the sun and its strong will to squarely face all hardships on the journey with courage and move straight forward.

The album consists of nine tracks, all of them sung by the members as a group, without any solo or unit numbers.

The main song, "Hot", which combines hip-hop with western guitar sounds, is all about the band's desire to become a presence as hot as the sun.

Debuting in 2015, Seventeen is known for its perfectly synchronised dance moves and capabilities to write, compose and arrange its own music. It is now one of the leading K-pop groups whose recent albums have sold more than 1 million copies upon their release.

The fourth LP has sold more than two million copies in preorders, a new record for the group. It became the most-preordered album from Seventeen, surpassing 1.41 million copies for the band's previous release and ninth EP, 'Attacca'.