Emma Watson talks about struggles with fame as child artist 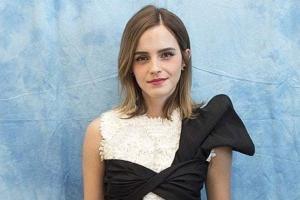 
For Emma Watson, life took a 360-degree turn when she landed the role of Hermione Granger in the 'Harry Potter' film franchise. The 29-year-old star was just 9 when she was picked from her school to play Hermione, said Watson during a recent interview with British Vogue, revealing how she "struggled" being a child star. "I've sat in therapy and felt really guilty about it," told the actor, reported Fox News. "I'm like, 'Why me? Somebody else would have enjoyed and wanted this aspect of it more than I did.'"

"And I've struggled with ... I've wrestled a lot with the guilt around that. I'm like, 'I should be enjoying this a lot more, I should be more excited and I'm actually really struggling,'" she added. "It's so bizarre and otherworldly what happened to me." She acknowledged and described the importance of her "roots", which she believes kept her grounded.

"Part of what's helped me find peace is there were moments when it got so big where I almost had vertigo and felt it got so big that I felt l disconnected, and part of the peace within myself is remembering my identity," she said. "I am someone's daughter. I am my mother's daughter, I am my father's daughter, I am a sister. I belong to a family. I come from a place, I have roots. There's a whole big existence and identity that I have that's really important and weighted and solid, that has nothing to do with any of that," she continued.

The actor also opened up about the anxiety issues she suffers for going out in public saying that at times she uses disguises to blend in with the crowd. "Halloween is great for me," she joked. "I can be anybody."

Next Story : Hollywood's Superman Christopher Dennis passes away at 52