Ever since Henry Cavill's The Witcher has hit the web, fans can't stop comparing the twisted plot with George R.R. Martin's Game Of Thrones. 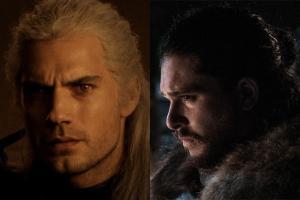 
First and foremost, if you are a die-hard Game Of Thrones fan, you'll surely and strongly disagree with this comparison. The stories aren't the same. The mythologies are worlds apart, and of course, the character sketches of The Witcher are distinct from what we have seen in Game Of Thrones.

Many have found the new fantasy drama somewhat along the lines of Game of Thrones for all the obvious reasons. Firstly, the brooding Witcher, played by Henry Cavill, is compared to Jon Snow. But the White Wolf has his own quirks, as did the Bastard who knew nothing. Henry Cavill being a mutant is said to lack feelings, which leaves his personality more perplexing than Jon's. On the other hand, the king of the North was sensitive and warm, which made Ygritte fall for him in the series. On the other hand, Yennefer of Vengerberg does not remind us of the Mother of Dragons. You ask why? We have multiple reasons for this one too!

Yennefer, unaware of the power she possesses dives into her sorrows, which eventually make her more powerful as the episodes move forward. Daenerys fought for her rights when backstabbed by one of her subjects. Yennefer makes sure she is the only chaos in the entire room. Her ability to transform from a meek farm girl to an all-powerful mage will leave you startled.

Where Daenerys loses her chance to conceive to save her husband Khal Drogo, Yennefer gives up on motherhood to gain more power as a mage. That's dark, isn't it? And Yennefer being Yennefer, unsatisfied by her doings, is in search of a new spell or a mutant, who will help her regain what she lost to become powerful.

Yes, of course, there are dragons in here too, but did you know the difference between the rare golden ones and the common green beasts? In The Witcher, the makers have made sure you know your dragons, whereas Game Of Thrones has given the viewers their own space to think and connect the dots.

Dragons, who play a pivotal role in Game Of Thrones, aren't the main characters in The Witcher as of now, hence its too soon to predict what Borch (the Golden Dragon) has for Witcher fans. The beasts are yet to play the central part in Geralt of Rivia and Yennefer of Vengerberg's life.

The Witcher shares the story of an entire continent, where Geralt travels from town to town to destroy monsters. In his entire journey, his fight with strigas, kikimoras, and other monsters has made Geralt of Rivia popular enough to be summoned by kings to save their realm from malevolent powers.

The fight for the throne is far more different than a war of mages to save the kingdom from the enemy. The Witcher is more about magic and spells, while Game Of Thrones speaks politics.

Are you convinced? Game Of Thrones and The Witcher aren't the same, and now you may agree!

Next Story : Star Wars: The Rise of Skywalker rakes in 35 million dollars