Jamie Foxx to return as Electro for Spider-Man 3

Foxx played the supervillain character in 2014s The Amazing Spider-Man 2, when actor Andrew Garfield was essaying the role of the iconic webslinger. 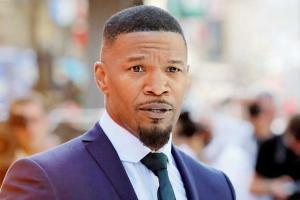 The movie, which has a release date of December 17, 2021, will be produced by Kevin Feige and Amy Pascal.

Next Story : Alicia Vikander hopes to shoot Tomb Raider 2 in 2021