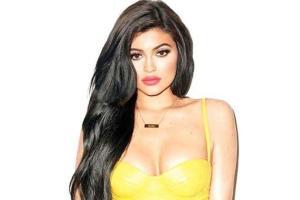 She reached the milestone earlier than Facebook founder Mark Zuckerberg who became a billionaire aged 23. "I didn't expect anything. I did not foresee the future. But (the recognition) feels really good. That's a nice pat on the back," Kylie told Forbes.

The list shows Amazon's founder, Jeff Bezos, remains the world's richest man. His fortune totals USD 131bn, according to Forbes, up USD 19bn from 2018. But the billionaires' combined worth is down from USD 9.1 trillion at USD 8.7tn.

Facebook founder Mark Zuckerberg's wealth is among those falling. It has dropped by USD 8.7 billion in the past year to USD 62.3 billion, according to the Forbes list. His shares in Facebook at one point lost a third of their value as the company battled privacy scandals.

Of all the billionaires on the list only 252 are women, and the richest self-made woman is real estate mogul Wu Yajun of China, worth an estimated USD 9.4 billion. The number of self-made women reached 72 for the first time, up from 56 a year ago.

Next Story : Captain Marvel reviews: Here's what the critics are saying