Thanks to the success of Twilight and its sequels, the Young Adult genre seems to have exploded and we’ve been blessed with dozens of clones and carbon copies 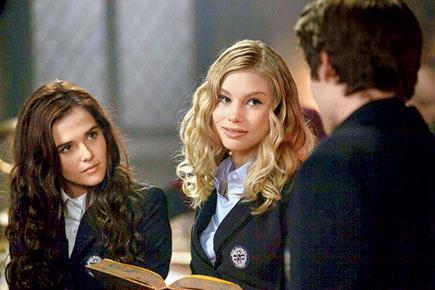 Thanks to the success of Twilight and its sequels, the Young Adult genre seems to have exploded and we’ve been blessed with dozens of clones and carbon copies. Last year’s Mortal Instruments was one disaster, and this year’s Vampire Academy follows suit. 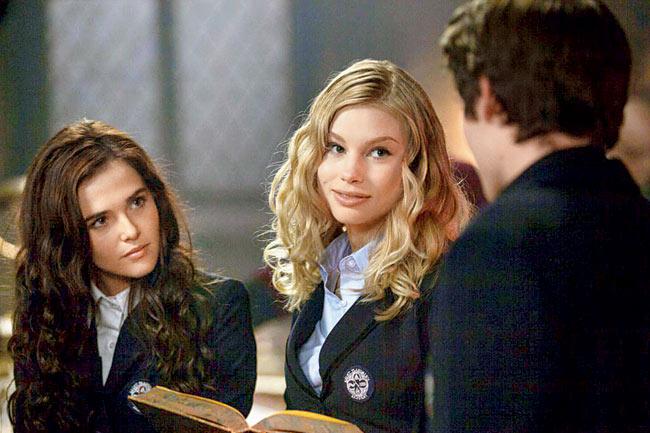 Vampire Academy tries to jam together elements from Harry Potter and Twilight, and it’s a not an easy watch. The movie is based on the first of six books in the franchise and follows the same old world where vampires and humans co-exist. This time around, we have Dhampirs instead of vampires along with its stock of angsty teenagers. We have princess Lissa (Lucy Fry) and Rose (Zoey Deutch), who are chased around by the evil vampiric Strigoi for some evil scheme featuring Dimitri (Danila Kozlovsky). The two are put in a school for vampires headed by Kirova (Olga Kurylenko) and Queen Tatiana (Joley Richardson). If that sounds contrived to you, it’s not even the tip of the iceberg.

There’s also more exposition here than in any motion picture till date. As hard as it is to believe, there are sequences throughout the film, where some actor is explaining mythology as if reciting lines from the book. It doesn’t help that the actors, clearly chosen only for their looks, deliver dialogues as if reading cue cards. The film is directed by Mark Waters, and it is pretty much a vampire-Twilight-Potter rendition of his earlier film, Mean Girls. But unlike that movie which had likeable characters, witty dialogue, talented actors and a great resolution, Vampire Academy is a cheesy, cornball, badly acted mess.

There’s also plenty of terms such as Feeders and Moroi, which don’t make much sense and become unintentionally funny when we realise what they mean. The film also lacks any semblance of intentional humour or urgency, and it dawdles along clumsily through its extremely long runtime. Of course, cleverness and intrigue is too much to expect from a vampire film whose poster has a tagline that reads, ‘They suck at school’.