The Irishman: Martin Scorsese says this could be his last film

Martin Scorsese says The Irishman could be the last film he made and we wonder why he said so! 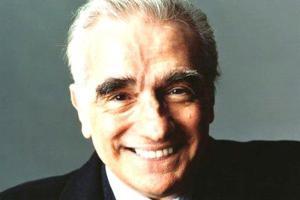 
Legendary Hollywood filmmaker Martin Scorsese says his latest film The Irishman could be the last movie he has made. The director made the confession while recalling his comments on the Marvel and superhero films, reports theguardian.com.

Asked if his comments were calculated, Scorsese said: "Obviously, we have been discussing this a lot, that theatres have been commandeered by superhero films -- you know, just people flying around and banging and crashing, which is fine if you want to see it. It's just that there's no room for another kind of picture. I don't know how many more I can make -- maybe this is it. The last one (talking about The Irishman). So the idea was to at least get it made and maybe show it for one day at the NFT, maybe one day at the Cinémathèque in Paris. I'm not kidding."

"We are in a situation now where the theatres are only showing the latest superhero films. You have 12 screens -- and 11 are the superhero film. You enjoy superhero films, fine, but you need 11 screens? It's crazy for a picture like, you know, Lady Bird or The Souvenir. Those films may not necessarily be hugely commercial, but there are films that are modest and genuine and find a large audience. Just because a film is commercial doesn't mean it can't be art. What has consumed the theatres is a product. A product is to be consumed and thrown away. Look at a commercial film like Singin in the Rain. You can watch it again and again. So the question is: how are we going to protect the art form?" he added.

Scorsese feels the whole dynamics of cinema halls are changing. "Now, you don't have to like the picture, but you couldn't get The Aviator made today. You could not get Shutter Island made today, even with me and Leo (DiCaprio). The Departed got made despite itself -- the star power helped. We realised when we were taking this project around that the doors are closing. So what's going on? I looked over at the theatres right down the block -- 10 screens showing the same picture," he said.

The director continued: "People comment that we've only shown this film in theatres for four weeks. We tried to get more, but the theatre owners and Netflix couldn't come to terms. But you know, I've had pictures play only one week and get thrown out. In the US, The King of Comedy closed in a week. That film was ignored for 10 years."