‘Beast’ written by Ryan Engle, based on a story by Jaime Primak has a flawed script and therefore it’s the helming that counts 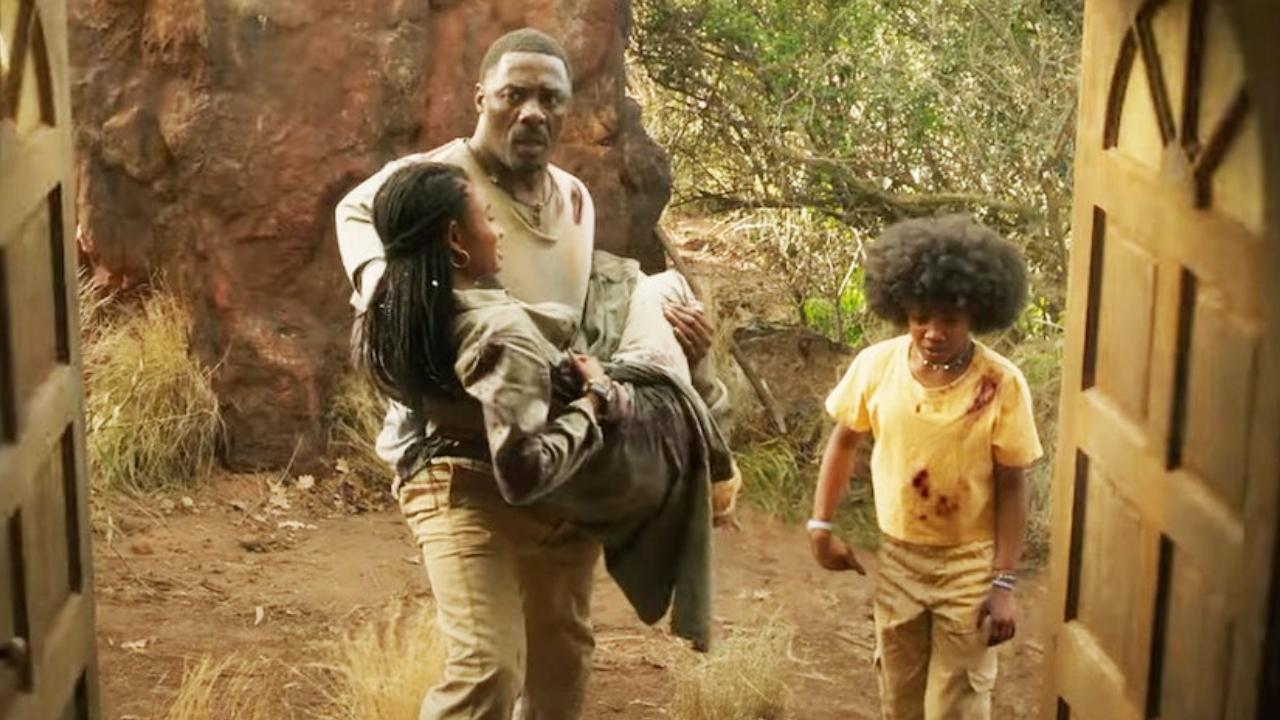 A still from 'Beast (English)'

Director Baltasar Kormákur’s 'Beast' has a wild animal gone rogue premise and the best thing in the movie are the Lions – they look absolutely real and fearsome. Veteran cinematographer Philippe Rousselot captures the gorgeous views of the South African wilderness beautifully while the CGI is seamless and believable. The film has been shot on location in Limpopo province and Northern Cape province, South Africa, and the Oscar-winning Rousselot films the hunting and hunted sequences from the point of view of the character being chased. So it’s all shaky and turbulent, thus creating a fair amount of tension to go with the action.

It’s the humans in it who spoil all the fun, though. Dr. Nate Samuels (Idris Elba), and his two daughters, 18-year-old Meredith (Iyana Halley) and 13-year-old Norah (Leah Jeffries), are on a visit to South Africa, his and his estranged diseased wife’s hometown. Nate is hoping to reconnect with his daughters and help the girls cope with their grief in the process. They stay with family friend, gamekeeper and biologist Martin Battles (Sharlto Copley), and head off into the bush pronto. There’s no time wasted in simpler niceties. Just a whole lot of recriminations and regrets. The two girls behave like spoilt brats, are mouthy and undisciplined and can’t help but create more problems for the adults.  Quite a bit of the action is unbelievable and ridiculous – like Nate kicking the attacking Lion in his mouth and punching him off.

‘Beast’ written by Ryan Engle, based on a story by Jaime Primak has a flawed script and therefore it’s the helming that counts. Kormákur, the Icelandic director uses the massive rogue lion in pursuit of its prey to the exclusion of all else.  And he is a formidable seemingly indestructible foe righteously vengeful for the loss of his Pride at the hands of poachers. The CGI lion really steals the show here. As an audience, you are more likely to save your sympathies for the Lion and not the human trio who do everything to irritate and self-destruct. At 93 minutes runtime, this film thankfully does not go to tedium!

Next Story : Kanye West slams Kim Kardashian, says my kids will not do "playboy or sex tape"