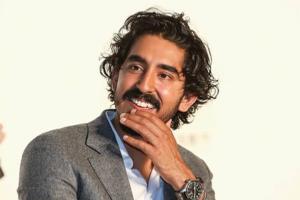 
As India celebrates its 74th Independence Day on Saturday, Slumdog Millionaire fame Dev Patel recalled how his affair with the country began while shooting for the film here.

"I had been to India a couple of times as a child but my real exposure to the country happened when I shot for 'Slumdog Millionaire'. My love affair with India started while working on the film. I did not understand Indian culture properly while growing up in London. I feel blessed that through 'Slumdog Millionaire I got the opportunity to witness India's beauty and its people in a detailed way," Dev told IANS.

British filmmaker Danny Boyle's 2008 film, "Slumdog Millionaire", casts Dev in the title role, recounting the travails of an orphan who grows up in the slums of Mumbai and uses his common sense and general awareness to win the Indian version of "Who Wants To Be A Millionaire?" The global hit won eight Oscars and helped Dev earn a name for himself.

"'Slumdog Millionaire' changed my life in many ways. There were not many roles for us in the West that time. I think what it did for me is what it also does for the industry. Winning several Oscars was a big thing. I think there was a tectonic plate that shifted, which was incredible. It gave me exposure to a big world out there and started my obsession with India," he shared.

Dev, who has shot several films in India since then, is eagerly waiting to shoot again in the country for his next film.

"I was actually in India just before things got really crazy with the coronavirus. I was about to shoot a film in India. I really would love to be in India when the borders open up again and it becomes safe for everyone to travel, especially for the film crew," he added.

Dev has recently donned the hat of narrator for the National Geographic series "India From Above", which showcases unique stories from India from an aerial perspective. The two-part series uses drone cameras to let people see the country's geographical, cultural, technological and historical aspects from the aerial view.

Next Story : Amy Schumer: Decided could never be pregnant again