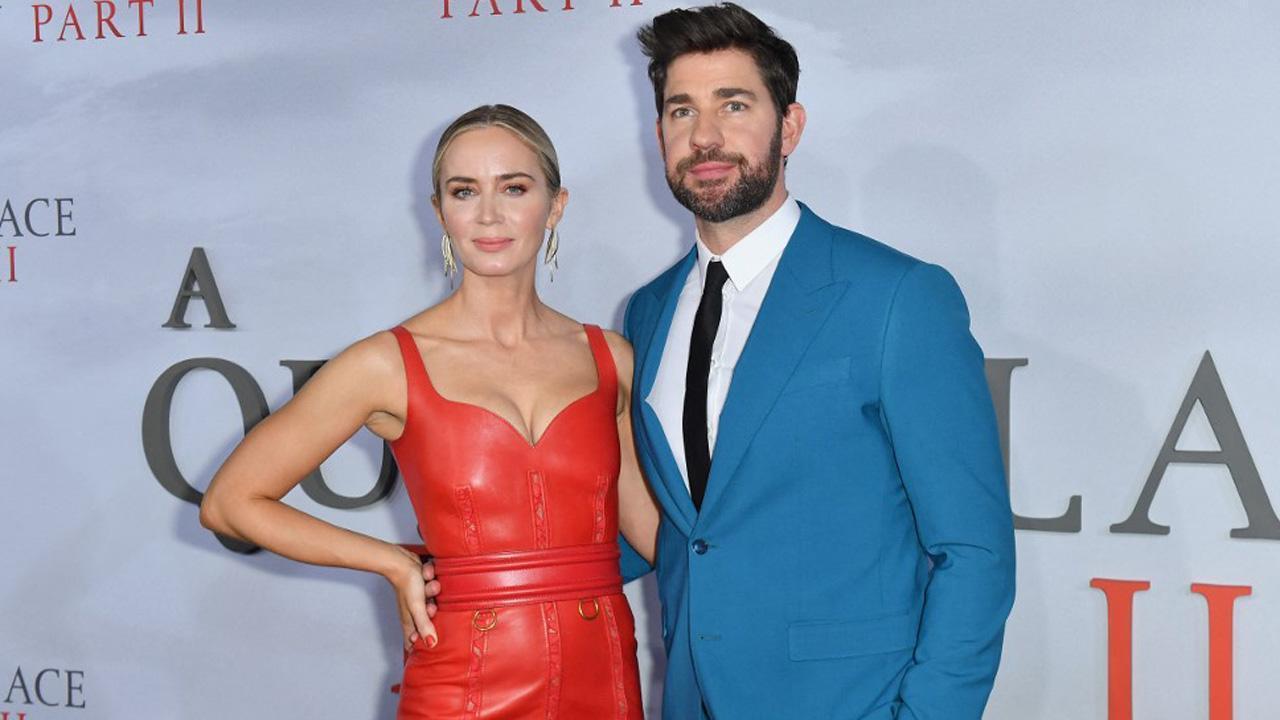 
Hollywood actor Emily Blunt recently shared how her two daughters react when it comes to watching their mom on the big screen, admitting that they are 'usually disinterested'. The 38-year-old actor joined Thursday's episode of 'Live with Kelly and Ryan', where she discussed her upcoming film 'Jungle Cruise' coming out on July 30. There she revealed that it happens to be the first movie of hers that her kids have taken interest in. Blunt, who shares daughters Violet and Hazel with husband John Krasinski, said the girls are currently big fans of the 'Jungle Cruise' trailer.

She explained, "This interestingly has been the only trailer that they have watched multiple times. They are usually disinterested in seeing me on screen, but they're really into Jungle Cruise. They love the jaguar, they love DJ [costar Dwayne Johnson], they love the dynamic, they love the whole world. It's been the first thing they're like, 'Play it again, play it again. It makes me so happy.” Blunt had previously shared similar sentiments about how the girls feel about their parents' fame. Back in May, she told a news outlet that their children are "oblivious" to their parents' stardom, and she intends to keep things that way. The 'Mary Poppins Return' actor said it was only recently that Hazel became aware of her parents' popularity.

Speaking about the children got to know about their parents' fame, she said, "It's a strange thing to navigate, you know. She came home the other day and we were in the kitchen and she goes, 'Are you famous?' And I'd never heard her... we've never said that word in our house. We don't talk about it."  Further revealing the details, she added, "Someone at school had clearly said it. I was like, 'Um ... not really, I don't think I am. Did someone say that to you, Haze? Yeah,' but then she wouldn't divulge much more, you know, but it's weird. It's weird."  Blunt explained the reason that she doesn't want her daughters to "feel any more important or special or that there's a glare on them any more than other kids."

The mom of two added, "If they can remain oblivious for the longest time I'd be thrilled. They don't even want to see what I do. They don't even like it when I put on makeup. They don't like any of it! They just want me to be their mommy." Speaking about whether she would want her children to follow in their parents' acting footsteps, Blunt said, "God no -- no! Please God keep them off the stage."

Next Story : Rapper Biz Markie passes away at 57