The 'Jungle Cruise' star filmed the sweet moment his daughters Tiana and Jasmine, both of whom he shares with wife Lauren Hashian, were glued to the television screen and called the birthday girl's reaction "priceless." 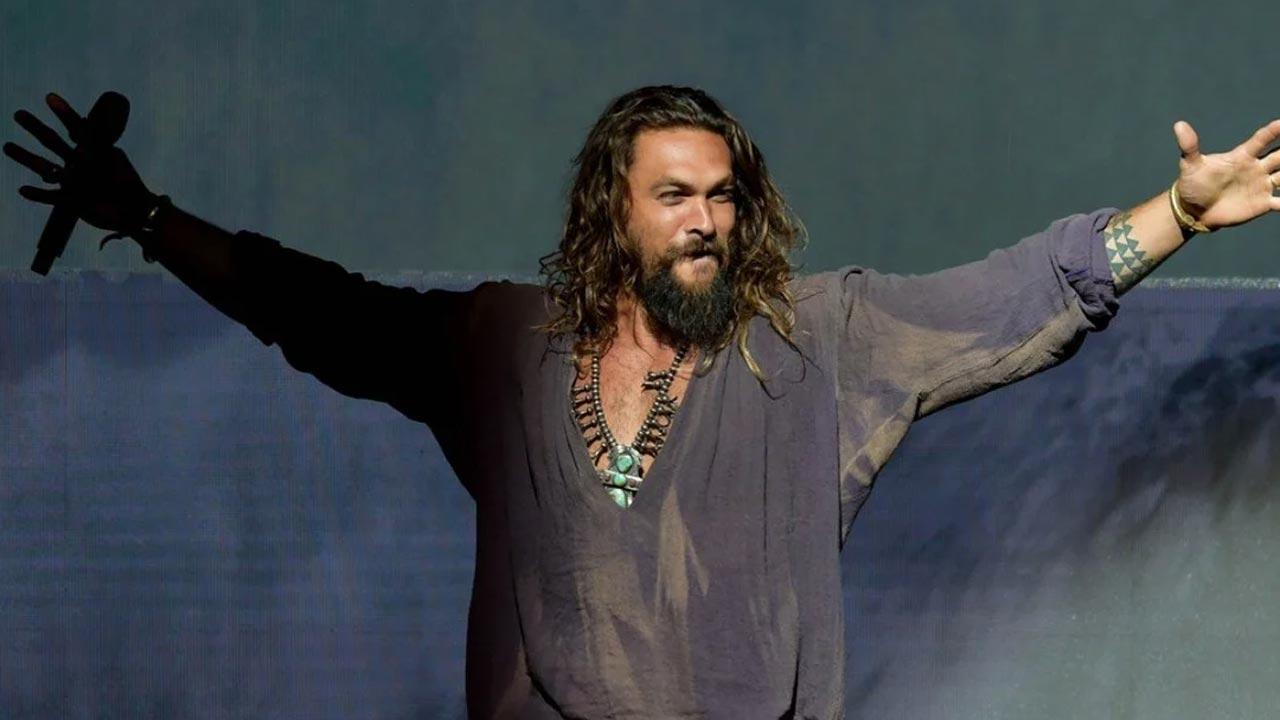 
Actor Jason Momoa hopes to make a movie with his friend and actor Dwayne Johnson once the stars' schedules align. As per People magazine, the 'Aquaman' star appeared virtually on 'The Tonight Show Starring Jimmy Fallon' on Thursday, where he spoke about his longtime friendship with Johnson.

The two actors have been pals for almost 20 years after meeting in Hawaii through a mutual friend, and during the interview, Momoa expressed his hopes that they will be able to make a movie together when the time is right.

"We tried to get together and make a movie together but it's just he's way busier than I am and I'm pretty busy right now so, one of these days!" he said.

Host Jimmy Fallon excitedly replied, "You HAVE to make a movie together!" before Momoa joked that it's definitely possible because Johnson actually owes him a favour.

"We will! And it's really cool because now he's kind of in my pocket so I can call him up and be like, 'Yo!' and I got him," the star said. In April, Momoa helped Johnson celebrate his daughter Tiana Gia's third birthday by sending a personalised video message from 'Aquaman', one of her favourite superheroes.

"I'm sorry I couldn't be there but I love you and tell your papa that I love him too," Momoa said in the celebratory video. "I'll see you soon, happy third birthday. Bye Jazzy, bye Tia, love you," he added.

The 'Jungle Cruise' star filmed the sweet moment his daughters Tiana and Jasmine, both of whom he shares with wife Lauren Hashian, were glued to the television screen and called the birthday girl's reaction "priceless."

"I had to make the call...it's what daddy's do," Johnson captioned the clip. "I can't thank my brother @prideofgypsies enough for making this adoring 3yr old's birthday the best EVER. Her reaction is priceless and what it's all about." Momoa commented on the video, writing it was an "honour" to wish Tiana a happy birthday.

In other news, the 'Game of Thrones' alum is preparing to star in a new Discovery docuseries called 'On the Roam'. The show will follow Momoa as he sets out in search of artists and dreamers who have mastered their individual crafts.

"On the Roam is an endless quest for me to discover extraordinary people and places. I'm thrilled to be collaborating with Discovery on this journey," Momoa said in a statement at the time. A premiere date for 'On the Roam' has not yet been announced.

Also Read: Jason apologises to Chris criticising his use of plastic water bottles