Jennifer will reportedly wear a custom couture Ralph Lauren dress made in Italy, and Vogue magazine is expected to document her fashion journey for the weekend 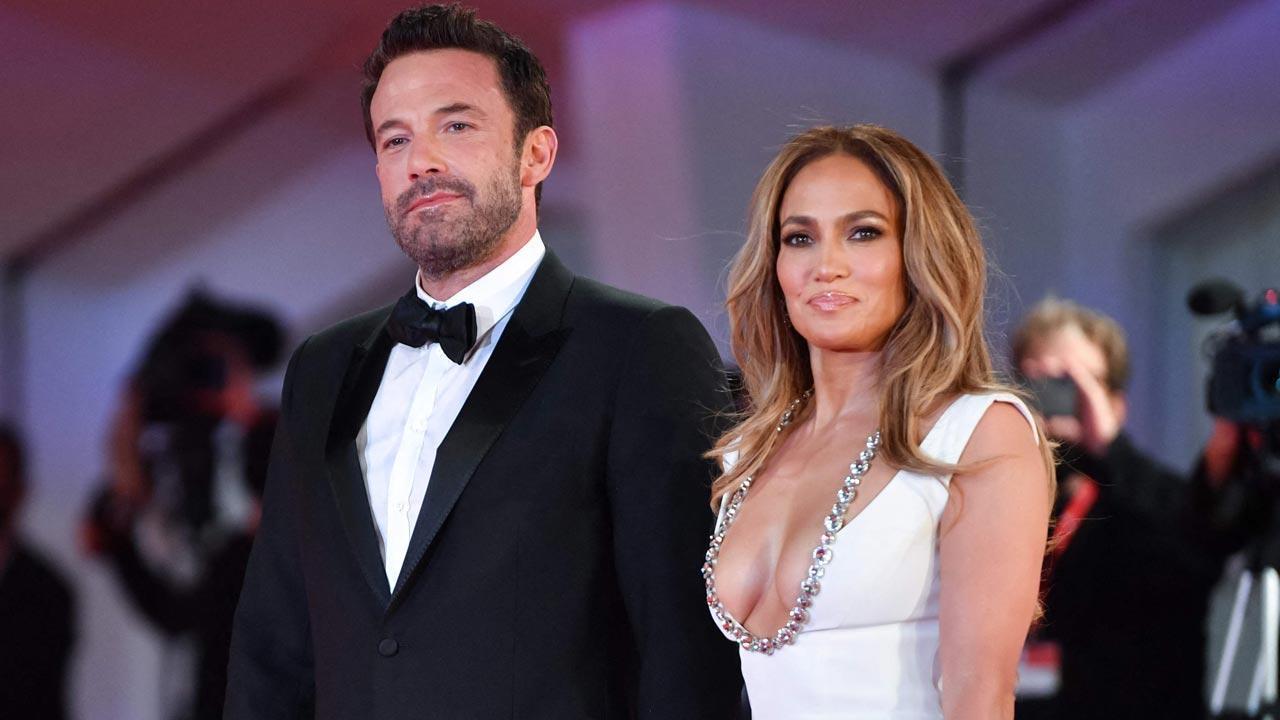 
Jennifer Lopez and Ben Affleck are all set to exchange vows for the second time. Yes, you read it right. As per Page Six, the lovebirds, who got married in July this year, will continue celebrating their love with a three-day wedding extravaganza this weekend, Page Six reported.

"It's going to be all about J.Lo. Ben wants all of the focus to be on her for their big day," an insider told the publication.

"Their three-day intimate celebration for family and friends will kick off with a rehearsal dinner on Friday," the source added.

The actual ceremony will take place on Saturday, and the couple will close out their weekend with a barbecue and picnic on Sunday. Jennifer will reportedly wear a custom couture Ralph Lauren dress made in Italy, and Vogue magazine is expected to document her fashion journey for the weekend.

Ben, 49, and Jennifer, 53, surprised fans in July when they revealed they wed at A Little White Chapel in Las Vegas. The high-profile pair who met in 2001 when they both starred in the movie "Gigli," embarked on a very public romance and got engaged the following year.

The wedding was postponed and in 2004 they called it quits. Ben went on to marry "Alias" star Jennifer Garner, with whom he shares three children, Violet, 16, Seraphina, 14, and Samuel, 10. They finalized their divorce in 2018 and he went on to date "SNL" producer Lindsay Shookus and Cuban actress Ana de Armas who he met on the set of their film, "Deep Water."

On the other hand, Jennifer married singer Marc Anthony in June 2004, with whom she shares twins, Emme and Max, born in 2008. The pair eventually divorced. And in May 2021, Ben and Jennifer sparked dating rumours when they were spotted holding hands while on vacation in Montana. Jennifer revealed in her 'On the JLo' newsletter that she and Affleck, 49, tied the knot at A Little White Chapel.

In the newsletter, she wrote, "So with the best witnesses you could ever imagine, a dress from an old movie and a jacket from Ben's closet, we read our own vows in the little chapel and gave one another the rings we'll wear for the rest of our lives," adding that the ceremony was "exactly what we wanted."

Next Story : Out now! BTS's Jungkook unveils 'Night' teaser for 'Me, Myself and Jung Kook'